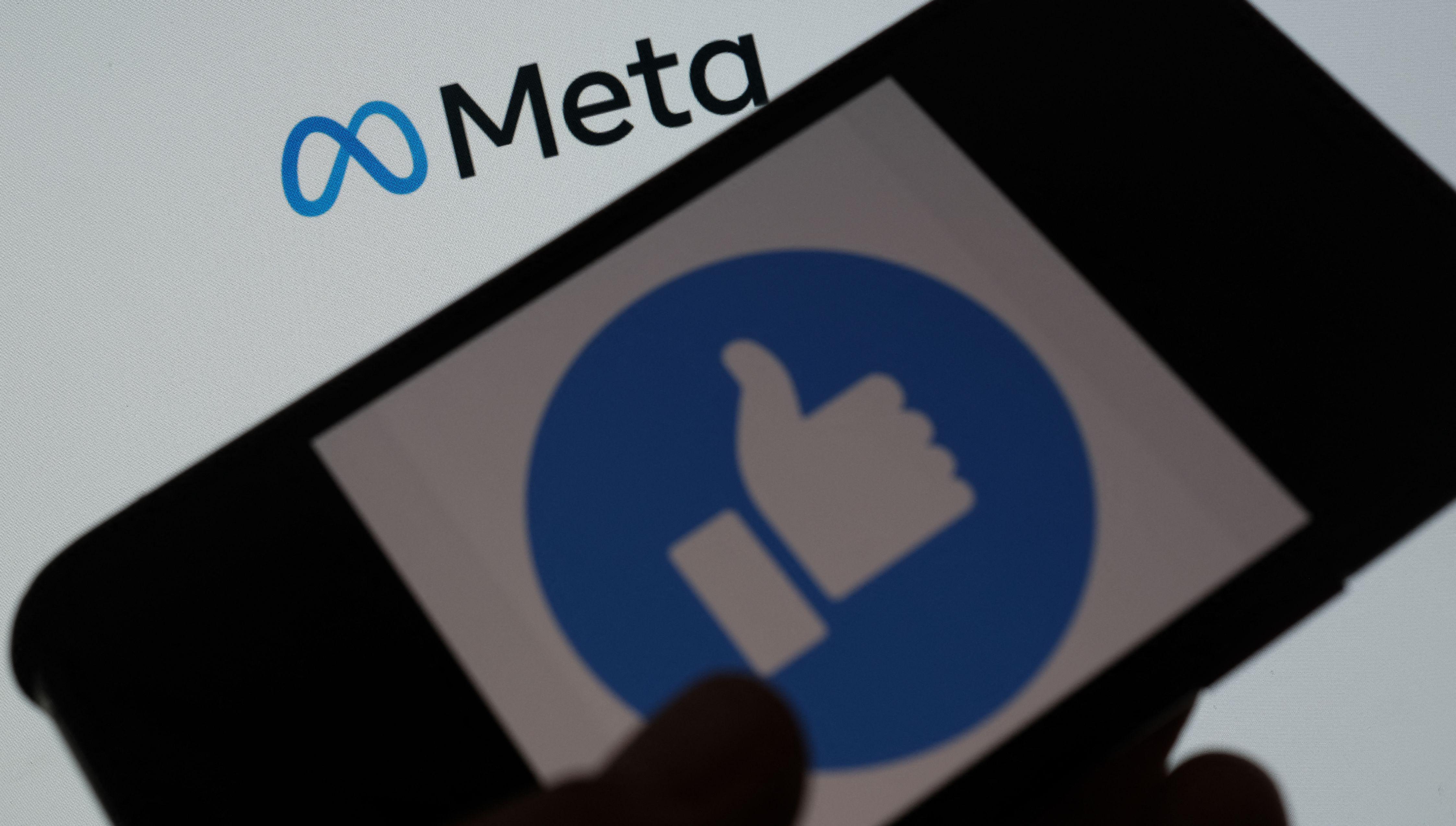 Mark Zuckerberg and his team are renaming Facebook the company in “Meta“And by refocusing it to deliver a” metaverse “envisaged. On one level, this move is probably exactly what it appears to be: an attempt to reclaim attention to the company’s multiple legal, regulatory and political crises. At the same time, it’s important to remember that Facebook / Meta is, in its DNA, the fast-moving, break-things-up company. Given Zuckerberg’s unprecedented personal control over the business, his continued creative investment in products and engineering, and the recent hardware / Oculus elevation led Andrew Bosworth to CTO, it’s worth taking a moment to cut short the marketing discourse and ask yourself: what is a metaverse? “You can think of the metaverse as an Internet persona,” Zuckerberg recently explained, “where instead of just posting content, you are there.” He might as well have said, “you are.” What happens to an open Internet, freedom of expression, privacy in this context?

The metaverse, as marketed, is a broad concept that incorporates much of the virtual and augmented reality schtick of The matrix and Minority report. It’s a new world to explore and a new dimension covering the old. Zuckerberg describes it as “a persistent and synchronous environment” that “will be accessible on all of our different computing platforms; VR and AR, but also PC, but also mobile devices and game consoles. It’s clear that Zuckerberg the geek is excited. He sees the metaverse as the next big leap for the internet, analogous to the move to smartphones and the mobile web. But what’s new here? Don’t we already have Gmail, Fitbit and Second life?

One key difference is that this embodied Internet involves new sensors watching us as we navigate, interact, and move the world – lots of new sensors. Each new generation of Facebook material has added more. The heart of all recent versions of the Oculus VR headset is “Oculus preview“, an AI tracking system that uses three types of sensors: sensors that track the orientation and movement of the headset and controllers, four built-in cameras for the headset mapping your room, and LEDs in the controllers tracked by the headphones, all of which power Insight to help it “track your location and surroundings in real time with submillimeter accuracy.” Oculus controllers now contain capacitive sensors that finely detect your finger movements. Oculus also integrates with your phone and other devices for heartbeat and fitness monitoring. Zuckerberg hinted and demonstrated face and eye tracking for future Quest / Cambria models, and recent Quest Pro leaks have suggested fingerprint sensors. In the parallel world of augmented reality, Facebook’s new Ray-Ban smart glasses contain cameras for taking photos / videos and a microphone for taking calls. Adding more sensors and cameras increases the amount of egocentric data that Facebook can collect.

It turns out that the metaverse is less crypto origami and more high-tech medical examination. The metaverse inextricably links the user’s individual bodily body and the ideas and actions that person takes. It is a question of following and defining more and more granularly the individual consumer, up to our unconscious and involuntary reactions. The shocking thing about this is how easily the wow factor of VR headsets and tricked Ray-Bans distracted us from the essential and inevitable problem. The more deeply connected these devices are to Facebook’s application and identity ecosystem, the more the same old Facebook issues will come straight to the fore: systematic mass surveillance, the development of biased and opaque algorithms, and a general disregard for the public. transparency or accountability. If there was any doubt, Facebook has already started to integrate its main social media services with its virtual reality hardware: it has fully integrated the Facebook connection for some time and has rolled out the integration of Facebook Messenger in Oculus. . earlier this year.

So your VR and AR headsets are just new ways to monitor users. What can Facebook do with all this new data? To quote Zuckerberg himself, “Senator, we are running ads. “The metaverse, as an umbrella and unified user interface across all of Facebook’s properties (and, presumably, the Internet as a whole), would be the ultimate information intermediary: providing a flow of information and information. carefully curated and fully monetized experience to its users. based on our interests, interactions, and what (literally) makes our hearts beat. This means a deepening of the surveillance / advertising feedback loop that is at the heart of the model. Facebook commercial. When Zuckerberg says the metaverse will be “persistent, synchronous,” mean “all remembered, always on.” When he says “open”, mean “linked to each of your accounts and devices.”

It turns out that the metaverse can involve a lot of confidence. It also means new types of exposure for the most vulnerable people, globally. Even assuming good faith and sufficient investment in privacy and security on Facebook’s part, the lack of anonymity, bilateral data sharing agreements implicit in this model are deeply troubling to anyone (journalists, activists, whistleblowers) fighting with power. Moreover, the unified (or federated) identity model that the Metaverse seems to imply is not only risky but fundamentally untenable for many of us. Facebook responded to this concern directly during Thursday’s livestream announcing the “Meta” rebranding, saying open protocols will be used and a Facebook login will not be required for the Metaverse. But Facebook has never shied away from collecting data from third parties and integrating their services with others. Interoperability means more surveillance potential, not less. The threats to the free expression of such a system are both direct (the reluctance to be online when one has to remain deprived of one’s orientation in real life, the risk that health information will impact one’s employability) and environmental (the deterrent effect that accompanies the fear of exposure). There is no anonymity in the metaverse; you do not contain multitudes. Please log in with your Facebook ID or one of our partners.

None of this is to say that virtual reality and augmented reality do not hold valid and sometimes profound cultural and humanitarian potential. Virtual reality, as it becomes more realistic and more compatible with different types of hardware, holds great promise for people with special physical and cognitive needs, enabling a wider range of audience participation that will enrich us all. It offers exciting possibilities for new types of self-expression, art and community development. But the metaverse is to virtual reality like AOL was to the World Wide Web. We cannot allow what is exciting, new and potentially liberating about new technology to merge into one company. And we can’t let Facebook use the novelty of its powerful VR and AR hardware to distract us while it sweeps its business model under the rug. The story of Facebook’s last 15 years under Zuckerberg’s leadership, well documented by Sheera Frenkel and Cecilia Kang in their book An ugly truth, and in the Facebook Papers leaks, is a double story: an ongoing crisis, fought by lobbying and public relations, and simultaneously relentless progression with product development, acquisition and expansionism. It is essential to assume that Facebook will move forward with the development of its metaverse in total disregard of contrary public and regulatory pressure. Facebook’s rebranding is not a pivot, it is an acceleration, presented as a pivot.

For those who care about social justice and free speech, getting caught up in the cycle of metaverse hype would be a big mistake. But ignoring it would be too. The problem is, Facebook is a trillion dollar company that can afford to pay lawyers, lobbyists, data scientists, and product developers at the same time. Facebook’s “Internet Incarnate” is not just a gross expansion of its total surveillance ambition, it is an attempt to move beyond the regulatory debate. As whistleblower hearings and regulatory clashes continue, we can expect Facebook to continue to delay, deny and deflect. “But it’s in Washington. In Silicon Valley, D is for The data.