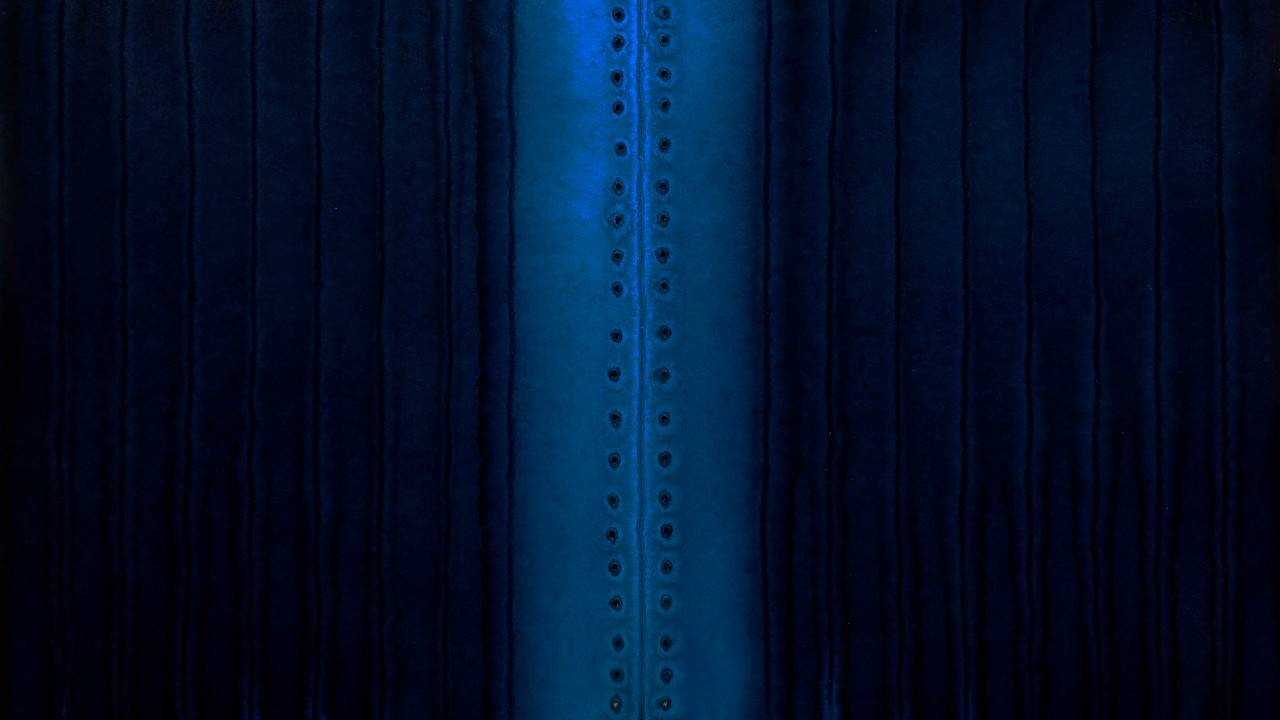 Call it a coincidence, call it a love for the master, two works by Sohan Qadri in Select City Walk Saket Galleries are a treasure to behold.

The first Qadri is a watercolor and dyed paper at Sanchit Art and belongs to the year 2010. The second is a rhapsodic blue swimming in your senses at the Nvya Gallery in Square One.

The 2010 Qadri at Sanchit is a dark reflection of the master’s hand when he created a series in different shades of blue. ”

Qadri was a master of the inner journey of introspection. His works were born from an odyssey of optical allusions that sought the seeds of reflexive resonance.

This somber work has a striking lyrical precision, which is characterized by bold color tones and the rhythmic repetition and variation of the pleated repetitive fold of the form.

The abstraction for Qadri was a dark expression of radical non-figurative directions in which he pushed the art of dyeing with the paper he used. The singular point used both as repetition and as a semblance of gestation in a seed gives us the depth of his theoretical concerns which he has refined over the years. We also see an ascending realm of deeply rooted thoughts.

The second Qadri is part of Srishti Sainani’s debut at Gallery Nvya in Square One. Rhapsodic and divided into two parts, this work is the epitome of pure abstraction.

The abstraction for Qadri was a somber expression of the radical non-figurative directions in which he pushed the art of dyeing with the paper he used. The singular point/color used both as repetition and as a semblance of gestation in a seed gives us the depth of his theory of concerns which he has refined over the years. We also see an ascending realm of deeply rooted thoughts.

Sohan Qadri fused non-figurative painting with Eastern philosophy in his lush works on paper. Born in Punjab, Qadri left India in 1965 to travel across Africa, Europe and North America. He began painting colorful and abstract canvases while living briefly in Zurich. From the 1980s until his death in 2011, Qadri created tantric paintings by carefully incising and altering large sheets of paper and covering the sheets in lush hues, often using subtle variations of the same color. Whether wavy or plain, his papers have an almost three-dimensional appearance and, when combined with coloring, create rich optical effects that transcend formalism. Each work traces the mental state of the artist during its creation; “When I start on a canvas, I first empty my mind of all images. I dissolve into all primordial space,” the artist once said.

By looking closely at these two masterpieces, viewers can gain rare insight into the artist’s working process and abstract vocabulary during an intensely creative and experimental phase of his career.

They describe Qadri’s ideas on abstraction as an expression of the inner realm, as an artist’s personal expression.

These two works presented at Delhi Art Week also tell us that abstraction is a journey of great immersion and solitude. In many ways, both works reflect the magic of Vassily Kaninsky when he said:

“Repetition is a powerful way to raise the inner vibration […] a source of elemental rhythm, which, in turn, is a means to achieve elemental harmony in all art forms.

The opinions expressed above are those of the author.