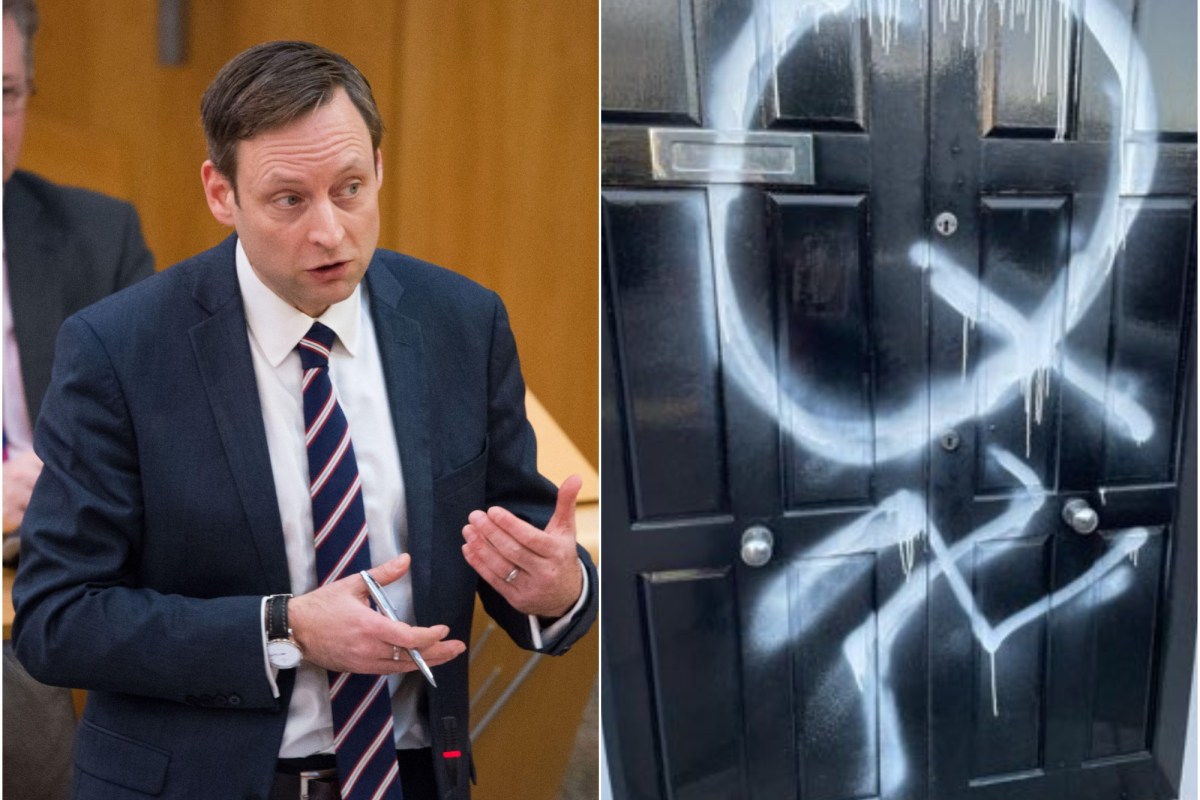 Spray painted signs including a swastika on the door and windows of the West Mount Conservative Association building in Aberdeen.

They also targeted a nearby Scottish Parliament office.

Both buildings house MSPs, including Douglas Lumsden, Liam Kerr and Tess White, along with their staff.

In both incidents, the letter “Q” – believed to stand for Quisling – and a number of swastikas were scrawled in white paint.

Mr Kerr – who is also the Shadow Cabinet Secretary for Justice – posted on Twitter alongside photos of the graffiti: â€œThis is what our staff encountered in our vandalized office this morning.

â€œPublic money will be wasted on cleaning up this.

â€œOur excellent staff shouldn’t have to put up with this nonsense. “

The Aberdeen Conservatives said: â€œWe are incredibly disappointed to learn this morning that our association office and the North East MSP office were vandalized overnight.

“This has been reported to the Scottish Police and it is now up to them to investigate.

â€œHowever, the staff who work in these offices do not deserve to come to work to find them in this condition and do not feel safe in their jobs.

â€œThey work incredibly hard for everyone who lives in the North East of Scotland, whether or not they voted for our party.

â€œOn this occasion, it will simply amount to a waste of public money that could be better spent elsewhere. Either way, it will always have an impact on our staff.

Glasgow apartment block smeared with ‘bring out the Roma, full of beasts’ graffiti in Govanhill as ‘horrible’ racists blasted

â€œPolitics in Scotland should be and must be better than this. “

A Police Scotland spokesperson said: ‘We were informed this morning, Friday 3 December, that two business premises, one in Rosemount Place and the other in Westmount Street, were vandalized overnight.

â€œThe incidents are treated as linked and investigations are underway to find those responsible. “

Elsewhere, a city councilor who suffered a series of terrifying attacks on his home revealed he had been turned down by more than 200 landlords as he sought temporary accommodation.

Graeme Campbell, who has spoken out against gangsters and organized crime, saw his property in Strathaven, Lanarkshire, targeted by thugs.