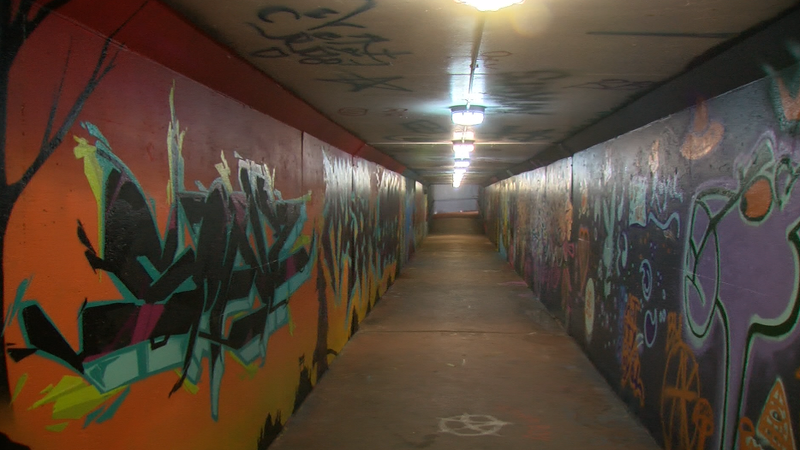 The downtown tunnel comes alive with art and poetry

“I love walking through the tunnel and admiring the beautiful pieces there. Also, by removing offensive elements and adding more artistic aspects, it invites audiences to browse and appreciate the different artistic styles that come up,” she says. “Because there was only graffiti, you know, a few years ago. Some years there is more art that looks more classic by definition. Sometimes it’s more lettering which is more graffiti style, but this year we really had a good combination of both ends.

Tunnel Vision is a collaboration with the City of Medicine Hat which covers some of the costs involved.

Jubrak says Tunnel Vision’s goal is to spruce up the underpass, where people sometimes leave offensive and non-community-friendly artwork. They want the tunnel to be a safe space and also hope it invites downtown residents to participate in the community, rather than feel isolated.

“Some of the people we think we’re trying to ‘scare’ out of the tunnel were actually our volunteers,” she says. “There are people in the tunnel and the community uses that space, so it’s not one of those hidden places where criminal activity or abandoned business might happen and you know the increased foot traffic is huge.”

She adds that art appreciation is growing in the community and the tunnel is another way to show it.