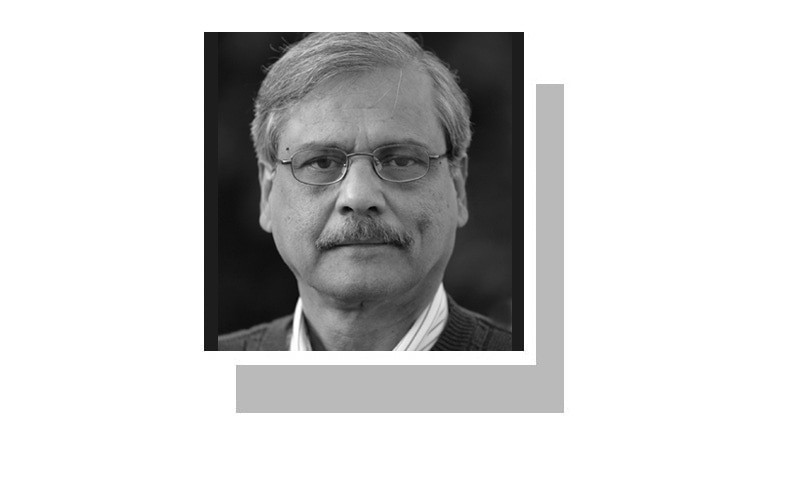 The cost of surrender – Journal

The terms of the surrender may not have been made public, but the surrender could not have been more humiliating. It was no wonder the government succumbed to a lawless brigade. The state’s mandate has once again collapsed in the face of violent extremism. After two weeks of hot and cold winds, the PTI government apparently signed on the dotted line. This is the seventh time in five years that Tehreek-i-Labbaik Pakistan (TLP) has brought the state to its knees. Each time, he came back more powerful.

The group which has no representation in the national parliament and has been banned as terrorist outfit seeks to determine the political and ideological course of the country. Barelvi’s little-known militant formation saw its rise after its first siege of the capital in 2017. It is the civil-military divide, not its mass popular support, that has made it a force to be reckoned with.

A few thousand fanatics led by a crass cleric practically paralyzed Islamabad for more than three weeks. A struggling civilian administration has been rendered powerless by intelligence agencies’ alleged support of the mob. Judge Qazi Isa’s damning ruling in the 2017 sit-in case highlights the role of intelligence agencies and some political leaders in cheering the mob to weaken the federal government of the day. An oversight in a bill passed by parliament was used to stir up religious sentiments.

A besieged PML-N government was forced to accept protesters’ demands, which also included the resignation of the then federal minister of law. The engineered anti-government demonstration strengthened the radical Barelvi clergymen. The siege of Islamabad also saw the rise of the TLP as a major religio-political force. He galvanized Barelvi activism.

The oft-repeated mantra â€œestablishing the mandate of the stateâ€ has become a joke.

Oddly enough, sectarian attire that preached violence in the name of faith was allowed to compete in the 2018 elections. Although it did not win a seat in the National Assembly, it became the fourth largest bloc in Punjab. in terms of share of votes. The political machinations legitimized a militant sectarian group that hailed Mumtaz Qadri, the murderer of Salmaan Taseer who was the governor of the Punjab.

The mainstay of TLP comes from the urban and rural lower middle classes and traders. He also made inroads into the base of support of other established Islamic parties which were all but wiped out in the Punjab. Frequent unrest is seen as a way to keep the TLP politically alive and to maintain its financial lifeline.

This would cause the government to submit every time it entered Islamabad, further emboldening its supporters. Perhaps the most shameful was the 2020 deal signed by the PTI government. But that didn’t stop the group from launching another protest march a few months later. In panic, the PTI government declared the TLP a terrorist group earlier this year and arrested its leaders under anti-terrorism laws. But days later, he started backing down, delaying the constitutionally required process to provide legal cover for the ban. The group continued to operate with impunity. The administration seems to have deliberately kept its ban decision ambiguous. He continued his appeasement approach despite the violent activities of the TLP.

Many members of the PTI, including the Prime Minister, assured the group that there was no difference between their allegiance to the faith and that of the TLP. The PTI’s growing emphasis on religiosity, however, does not appear to have appeased radical clerics. What happened over the past two weeks was predictable. The prohibited attire was once again on the streets, choking GT Road and threatening to storm Islamabad.

The TLP once again took the country hostage, attacking civilian law enforcement. The confusion manifested itself in conflicting statements from federal ministers. The growing gap between civilian and military leadership can also be at the root of political disarray. The administration appeared completely powerless in the face of a few thousand fanatics blocking the highways.

The oft-repeated mantra “establishing the mandate of the state” has become a joke with fanatics crippling the administration. As the federal government bent over backwards to implore the terrorist group banned from negotiating, violence continued unabated, killing several police officers. The state mandate was nowhere to be found.

We must appreciate the opposition parties for not jumping into the fray and exploiting the situation in order to put more pressure on the government by siding with the TLP. This sensible approach was markedly different from the opportunist policies of the PTI during the siege of Islamabad in 2017. How can we forget the speeches of Imran Khan at the time stoking religious feelings?

There was virtually no difference between the TLP’s position and that of the PTI on the Justice Minister’s resignation request. Today, the PTI government faces the same extremist challenge that it seems unable to meet. His surrender was very predictable. Its latest deal with the TLP has worsened the internal security situation resulting from the rise of sectarian extremism.

Apparently, the government has agreed not to initiate criminal proceedings against TLP activists allegedly involved in the murder of police officers and the destruction of state and public property. It also appears that the government will not pursue the legal process in its decision to ban the group. The deal was reached after the prime minister met with a group of clerics most of whom are seen as ideologically close to the TLP.

At their insistence, the prime minister also changed the government’s negotiating team and included ministers who are believed to have strong conservative views and seen as sympathetic to the TLP’s backward sectarian ideology. While the government claims the crisis is over, the TLP has yet to quash the agitation by saying it will wait for the government to implement the deal.

The deal legitimized a banned terrorist group. The crisis is far from over. Emboldened by their latest triumph, radical clerics will soon be back with new demands. The country remains hostage to a terrorist gang threatening to tear apart national security.

The writer is the author of No-Win War – The Paradox of US-Pakistani Relations in the Shadow of Afghanistan.