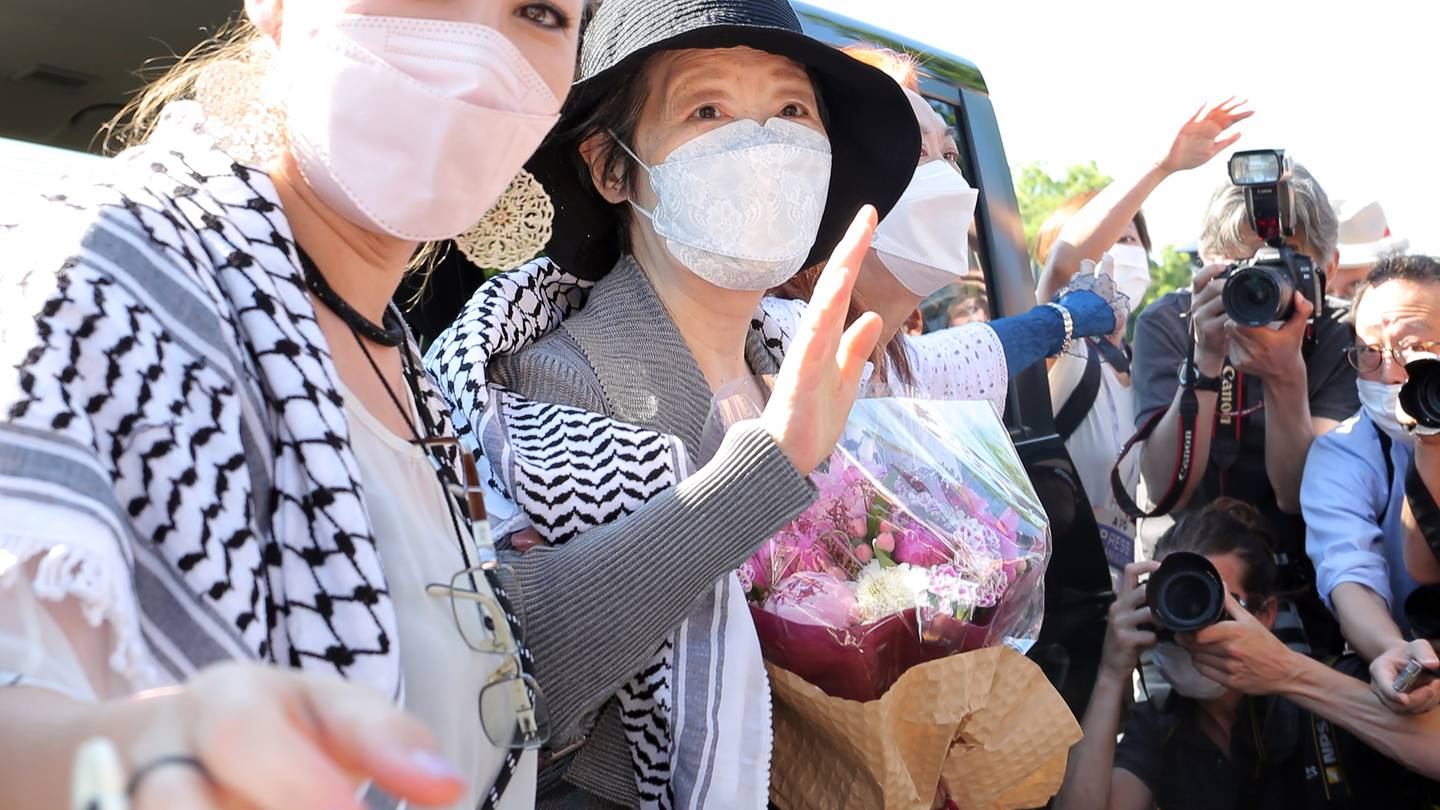 Early in the morning of May 28, Fusako Shigenobu – at one time the most wanted Japanese woman in the world – was released from prison in Tokyo after serving more than 20 years for her activities as leader of the Red Army. far-left Japanese (JRA). Now 76 and in failing health, Shigenobu was greeted by her supporters and her daughter outside, where she gave a brief statement to the media.

His release was widely reported nationally and internationally, just as the JRA hijackings and seizures of embassies in the name of the Palestinian cause received sensational media coverage in the 1970s.

But who is Fusako Shigenobu really? A vicious former terrorist now defeated and disgraced, or a committed militant who used divisive means to achieve particular goals?

We are faced with two versions of her: the widespread public image, supported by mainstream media and government and police accounts, of Shigenobu as a dangerous radical, a femme fatale who lured men from Japan in the Middle East to participate in missions; and another image of her as a leftist, passionate icon activist who took up arms to contribute to the Palestinian struggle.

Shigenobu was not the “Empress of Terror”, as she is frequently described, nor did she participate directly in missions as a fighter in the same way as, for example, her Palestinian contemporary Leila. Khalid. Despite common misconceptions (repeated in media coverage of his release), Shigenobu was almost certainly not personally involved in the 1972 attack at Lod Airport (now Ben-Gurion Airport), which was entirely planned by the Popular Front for the Liberation of Palestine (PFLP). .

This infamous operation was carried out by three Japanese men and killed 28 people, including two of the perpetrators. Most of the victims were Christian pilgrims from Puerto Rico with American nationality. At the time, these deaths were met with horror and shock by the world, which struggled to understand why Japanese leftists were attacking Israel. Although authorities described it as an indiscriminate massacre, the JRA claimed that civilians were killed in the crossfire.

Yes, Shigenobu was theoretically married to one of the attackers, but it was a ruse so she could leave Japan with a different name. Shigenobu arrived in Lebanon in 1971 to volunteer for the Palestinian cause and began working for the PFLP’s English-language newspaper with author Ghassan Kanafani. Operation Lod was handled by the PFLP completely separately from Shigenobu and before the JRA even officially existed (although the latter retroactively claimed credit for the incident).

Shigenobu was not the “Empress of Terror”, as she is frequently described

Later, Shigenobu did organize the other Japanese Middle Eastern militants into the JRA and the group carried out several operations with the PFLP or independently.

The hijackings and seizures of embassies that made so many headlines in the 1970s were arguably more pragmatic than ideological: JRA operations were preceded by the arrest of their comrades, and the objective, according to the hijackers’ stated demands, was to secure their release.

The JRA essentially disappeared from the radar after its last hijacking in 1977, which successfully secured the release of several other peers. After this point, despite rumors of involvement in other terrorist incidents, the JRA never publicly claimed credit for any other operation, and its members were instead occupied with humanitarian and grassroots activism (and survival of the Lebanese civil war). Although often seen as a beautiful woman living a mysterious life as a fugitive in the Middle East, the truth of Shigenobu’s existence was probably more mundane.

It was only after Shigenobu was arrested in 2000 and she officially disbanded the JRA in 2001 that many details of her activities began to emerge.

What then is Shigenobu’s true legacy? Not the revolution, which never materialized through the actions of the JRA (or any part of the New Left movement in Japan). Not violence, which has been categorically rejected by the Japanese public as a means of achieving political change.

No, her most enduring contribution is arguably far less exciting or glamorous, to some, than the image of a female leader of a terrorist organization would have us believe. It’s like someone who has dedicated themselves to supporting what was for many an overlooked cause. In 1970 much of the world was rightly focused on the suffering of the Vietnamese, but Shigenobu turned his attention to the Palestinians. This interest would prompt him to abandon activism in Japan to pursue something more ambitious.

The JRA’s hijackings have certainly succeeded in raising awareness of Palestine, but at the cost of innocence and notoriety that have overshadowed its other efforts. The pen may ultimately be more powerful than the Kalashnikov: Shigenobu has published numerous articles and books from the 1970s to the present day that provide insight into his mindset and, perhaps more importantly, have helped share information in Japanese about the Palestinians, whose plight still gets relatively little mainstream media attention in Japan.

Russia’s invasion of Ukraine sparked an outpouring of support from countries around the world, including Japan, which even relaxed its strict refugee policy to allow Ukrainians to flee. But while the global media rightly focuses its attention on the horrors in Ukraine, other peoples also continue to suffer, from Kurds and Rohingyas to Uyghurs and Palestinians. She will be remembered by many as someone who was willing to travel to a remote part of the globe and embark on a difficult and dangerous life campaigning on behalf of the oppressed and forgotten.

As Shigenobu’s daughter, May, recently wrote, “I experienced first-hand the love and devotion [my mother] had not only for me, but for all people and especially those who are oppressed… She taught me not only to be kind, or that all discrimination is unfair, but that we must work to end such injustices.

The more militant methods used by Shigenobu were unjustifiable even by her own admission, as she was honest in acknowledging her past mistakes, even though she still believed the cause was just. During her trial, she apologized for adopting harmful means, such as taking hostages. After her release, she also repented, expressing remorse “for hurting innocent people by prioritizing our fight.” Here, then, is another legacy: a rare willingness in radical politics to admit error. Looking ahead, Shigenobu said she wanted to “study” next. The real revolution begins with learning.