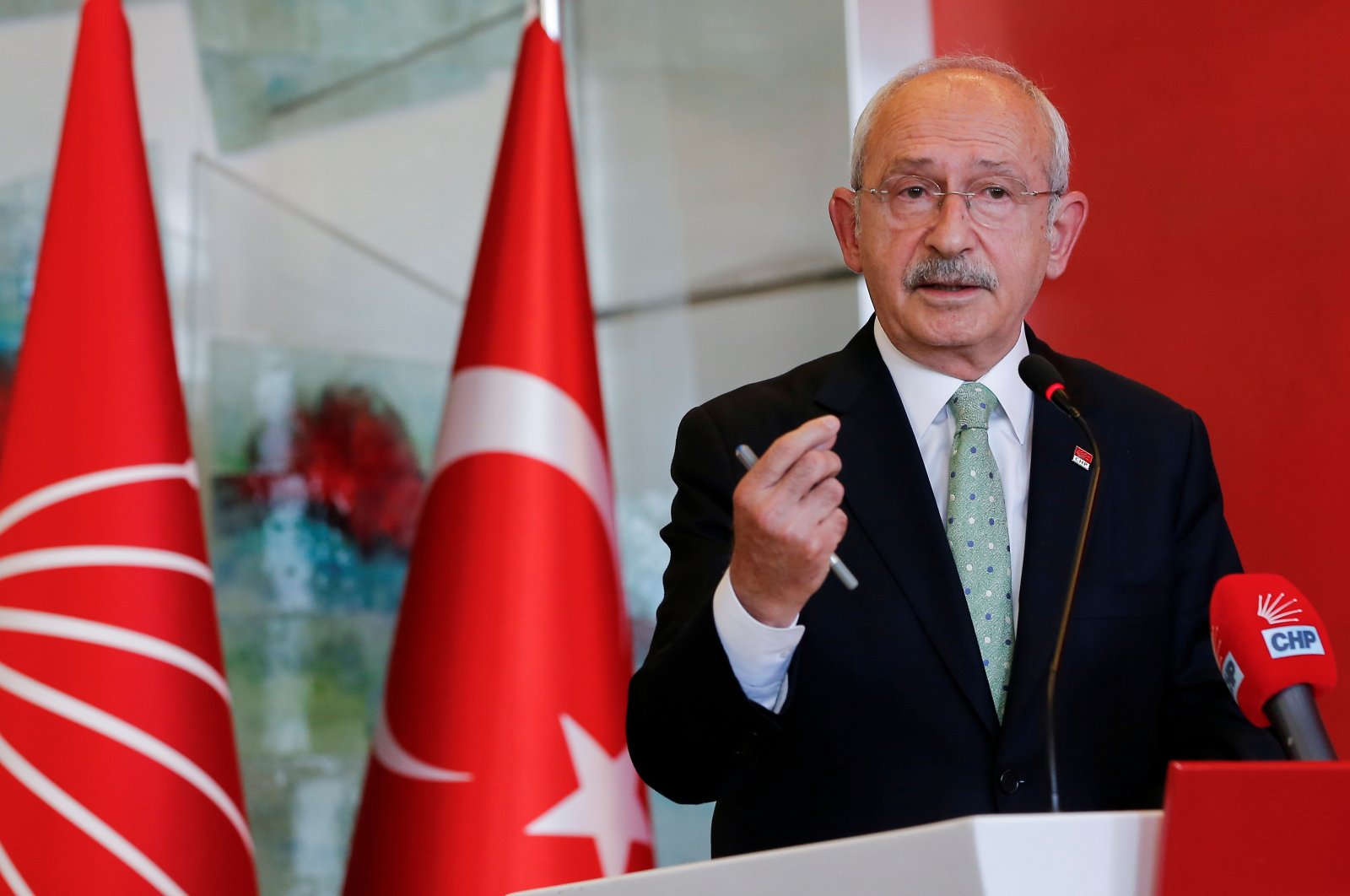 The codes of political style of Kemal Kılıçdaroğlu

Some fringe parties are busy playing political games – like calling on the opposition to “plan the transition period” together – in order to join the National Alliance. Meanwhile, Kemal Kılıçdaroğlu, the main chairman of the opposition Republican People’s Party (CHP), continues to campaign for the endorsement of the opposition bloc. Although he originally said the opposition was not contesting President Recep Tayyip Erdoğan’s candidacy, he backtracked on those comments, saying Erdoğan could only win re-election in the event of a snap election. Kılıçdaroğlu then issued a challenge, urging Erdoğan to run so that he, Kılıçdaroğlu, could “remove” him on election day.

The CHP chairman also said he would not pay his electricity bill until the government agreed to reverse a recent price hike. Some of his supporters in the media, unsurprisingly, sang the praises of Kılıçdaroğlu’s decision, with one calling it “An act of civil disobedience reminiscent of (Mahatma) Gandhi”. Since the government has already announced that it will take action to protect low-income households from price hikes, the main opposition leader’s campaign against payment of electricity bills contradicts his traditional argument that he “knows the state”. Kılıçdaroğlu’s attempts to create a “fault line” in Turkey, which heavily subsidizes energy, in the context of a global trend, recalls past actions of the Peoples’ Democratic Party (HDP). Indeed, this boycott represents a form of politics aimed at undermining public administration – a radical and provocative form of politics that the main opposition party copied from the HDP, which protested these price hikes in the streets.

Mixing the irresponsibility of the CHP, caused by the many years spent without power, and the marginal nature of the HDP is a recipe for disaster. Ahead of the 2023 elections, the CHP-led opposition could have a seriously negative impact on Turkish democracy by attempting to create a fault line over economic hardship. Naturally, some can’t help but wonder how the Kemalist-Turkish nationalism of the CHP and the pan-Kurdish stance of the HDP might come together. What immediately comes to mind is “the radicalism of left-wing politics” – a page from the playbook of CHP provincial president in Istanbul, Canan Kaftancıoğlu.

But the CHP-HDP rapprochement is not limited to this. The Kemalist positivists of the main opposition party and the pan-Kurds of the HDP are also united by their Jacobinism and secular anger. The most recent manifestation of this common ground can be seen in the similarities between a CHP minority whip’s reference to “the medieval mindset” and an HDP parliamentarian’s comments on “500 years of Ottoman reactionism and 1,500 years of Islamic reactionism”. Their thought remains dominated by the same distinction, or rather the same confrontation, between progressives and reactionaries.

This further undermines Kılıçdaroğlu’s already unimpressive “make amends” speech. Let us remember that the Kemalists have traditionally viewed the Anatolian people as an “ignorant and backward” group that needs to be “civilized”. This specific Jacobin genome, which is part of the CHP DNA, remains the same. Meanwhile, HDP politicians subscribe to leftist, secular and Jacobin politics in the name of “liberating” the Kurds. To make matters worse, they refuse to distance themselves from the terrorist organization PKK.

Kılıçdaroğlu’s current political style can be described as multi-dimensional, cautious and a combination of selected elements. The group of consultants behind him have assembled three distinct, albeit more or less coherent, elements that he deploys in his discourse and his action. Namely, concepts borrowed from former Justice and Development Party (AK Party) politicians, such as “making amends” and “inclusion”; actions inspired by the HDP and the radical left, such as boycotts, threats to take to the streets, and propaganda rooted in lies; and, finally, the Jacobin and revengeful sentiments that the CHP elite seem unable to control – which manifest themselves in threats against bureaucracy and promises to hold people accountable.

My feeling is that Kılıçdaroğlu’s inconsistent and eclectic politics may be enough to clinch the presidential nomination. However, that won’t persuade enough voters to help him win the race.

Keep up to date with what is happening in Turkey, in its region and in the world.