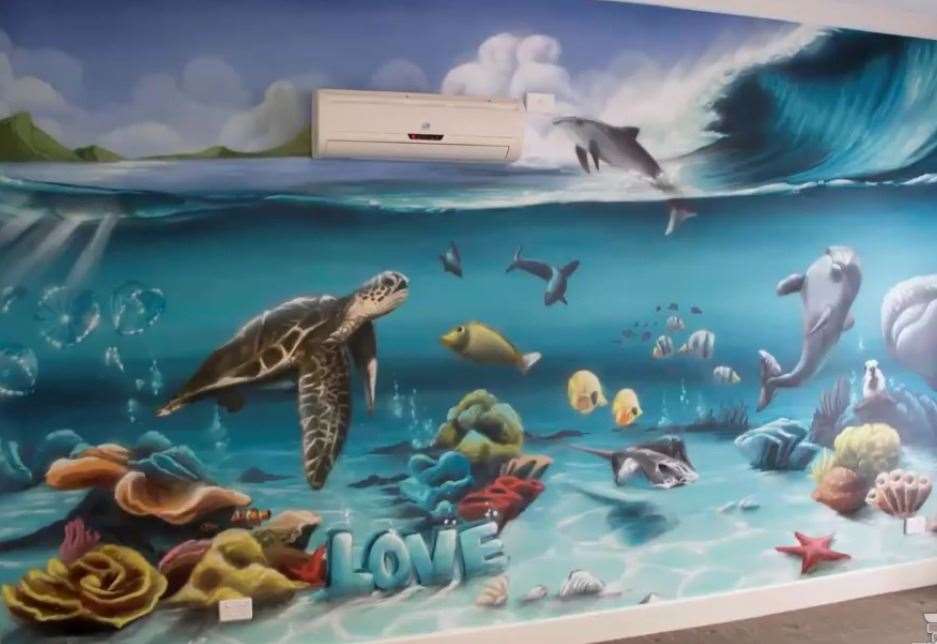 Senior advisers were divided over plans to allow street art in South Holland – with several expressing concerns over a new policy.

There were four votes in favor and four against the street art proposal at the District Council Cabinet on Tuesday – with Deputy Leader Nick Worth using his casting vote as chair of the meeting in support.

The idea for a policy came after the young people behind recent artwork in Spalding petitioned councilors last year and asked for space to speak out.

A task force of advisers – led by Paul Redgate – has drawn up a plan for how this can be done, but on Tuesday there were dissenting voices within the cabinet.

Councilor Christine Lawton feared this would encourage unwanted graffiti, adding: “Art is very subjective. It’s very difficult to control once the genie is out of the bottle.

Count Peter Coupland wondered what state of art the art would be in after 12 to 18 months, and what would happen if artists “disappeared” or lost interest.

He said, “If street art goes out of style, are we left with all these faded murals in our city?”

Councilor Rodney Grocock also feared the news of the policy would allow people to spray “here there and everywhere” and said he did not understand street art, tags and graffiti. He feared this would encourage people to misrepresent council assets.

Deputy director of recreation and culture Phil Perry told councilors that any proposed work in the conversation area or for listed buildings would require planning permission. He said the risk of graffiti exists anyway and the cost and application process would be the same either way – but it offered a “better way forward”.

The new proposal states that artists must present their themes and ideas for artwork to the council, obtain permission from them and the landowners, and take ownership of the protection and maintenance of their work.

Anyone who fails to obtain approval will be deemed to have committed graffiti and the work will be removed.

The policy, which will be reviewed in six months, aims to cover all public art and not just spray can images, although the test pieces offered at the Castle Sports site in Spalding are in that style.

Councilor Gary Taylor said, “The world has moved on. We respond to the public and perhaps it is time to allow these artists to express themselves in a positive way.

He said the policy could strike a balance and make it clear that ‘ugly, offensive and racist’ graffiti was not welcome.

Councilor Roger Gambba Jones said the council was a bit “timid” about its initial pitches.

He suggested the potential for a billboard on a triangle of land in Swan Street near Scooby Doos as a more prominent space for street art in the future.

He said: “At the moment it’s embarrassing – it’s a blight on Spalding.”

Councilors Worth, Taylor, Gambba-Jones and Liz Sneath voted for the policy, while Councilors Anthony Casson, Grocock, Lawton and Coupland were against.