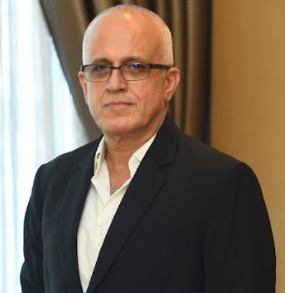 Should brands abstain from the marketing moment?

Advertising is a powerful tool that can influence millions of people, so it should be used wisely. From conventional advertising focused solely on selling products to emotional marketing, advertising has evolved over the years as a way to connect deeply with audiences. The power of advertising is especially evident during conflict and crisis situations when the right message can inspire the masses to take meaningful action.

It is quite common for brands to take advantage of current trends and events to promote their brands in the name of instant marketing. While instant marketing is often a hit with consumers when done right, there are times when such instant marketing attempts backfire. Conflicts and crisis situations are an excellent example. There’s nothing wrong with advertising during conflict per se. The problem arises when conflicts are perceived as a marketing opportunity by brands.

There have been several cases in the past where brands have tried to take advantage of conflicting situations to promote their brands. Miracle Mattress is one such brand that received strong backlash for its “Twin Tower Sale” ad inspired by the 9/11 attack. Fast forward to 2022 and some brands haven’t been shy about taking advantage of the ongoing Russian-Ukrainian war to create “trending ads” based on a “hot topic”.

Brands risk being perceived as insensitive

Unfortunately, fierce competition has led brands to resort to aggressive advertising tactics. In a desperate attempt to stay relevant and not miss a thing, they try to take advantage of every situation to increase followers, likes and shares. But today’s consumers are smart enough to understand the intent behind ads. Brands that advertise simply to get attention are seen as apathetic by the masses. We live in a time when brands are more than the products/services they offer. While brands can express solidarity with war victims through advertising, advertising to link your product to the conflict situation would be seen as downright insensitive. Worse still, it may take brands forever to recover from reputational damage due to a negligent approach. .

A conflict is a sensitive topic, not a “trending topic”

A war is not a trending topic or a golden opportunity for brands to increase sales or make money. A conflict is a sensitive issue and should be treated as such. Brands should avoid building ad tactics around conflict. While some brands manage to distance themselves from instant marketing, something as simple as the thoughtless use of hashtags gets them in trouble. Brands should never use conflict-related hashtags in an effort to increase the reach of their ads. While you may think the ad itself doesn’t address the conflict, any attempt to capitalize on the situation is doomed to severe criticism. It’s not just about saving your brand from negative public reaction. It’s about being sensitive and sensible enough to maintain a certain level of dignity and integrity during a crisis.

While brands are expected to take a stand, taking sides politically is not recommended. A conflict can result from clashes between two political parties or ideologies. A hasty marketing effort could end up in a poorly designed ad that reflects your leanings towards a certain political party. Brands can be criticized for taking sides just to appear fashionable or to take advantage of wartime news. This can cause great controversy. The worst part about instant marketing on sensitive issues is that you can never predict audience response. Something that seems completely correct to you can be interpreted in a totally different way by the public.

Suppose you refrained from any type of instant marketing during the conflict. You could always risk being perceived as insensitive. Poor ad placements are to blame for this. Brands should be extremely careful when advertising during disputes. You don’t want your ad to appear next to disturbing images of war. Bad ad placements could easily ruin your brand image. A luxury resort ad appearing next to a wartime image will never be liked, no matter how good the ad is. Your marketing efforts should reflect sensitivity and empathy, especially during conflict.

Advertising during a dispute can require extra effort and attention from brands, as a seemingly minor error could explode disproportionately, leading to financial and reputational damage. Taking political stances to look trendy or create controversy for negative publicity and straying from your brand’s core values ​​just to not miss out on a few extra likes or shares could lead to consumer boycotts. A conflict situation is different because people’s feelings can be easily hurt and the repercussions could be more severe. While brands should refrain from exploiting war or tragedy for marketing purposes, that doesn’t mean brands should act unconcerned about events happening around them. A thoughtful and empathetic approach is the way to prevent any unintended consequences.

The opinions expressed above are those of the author.