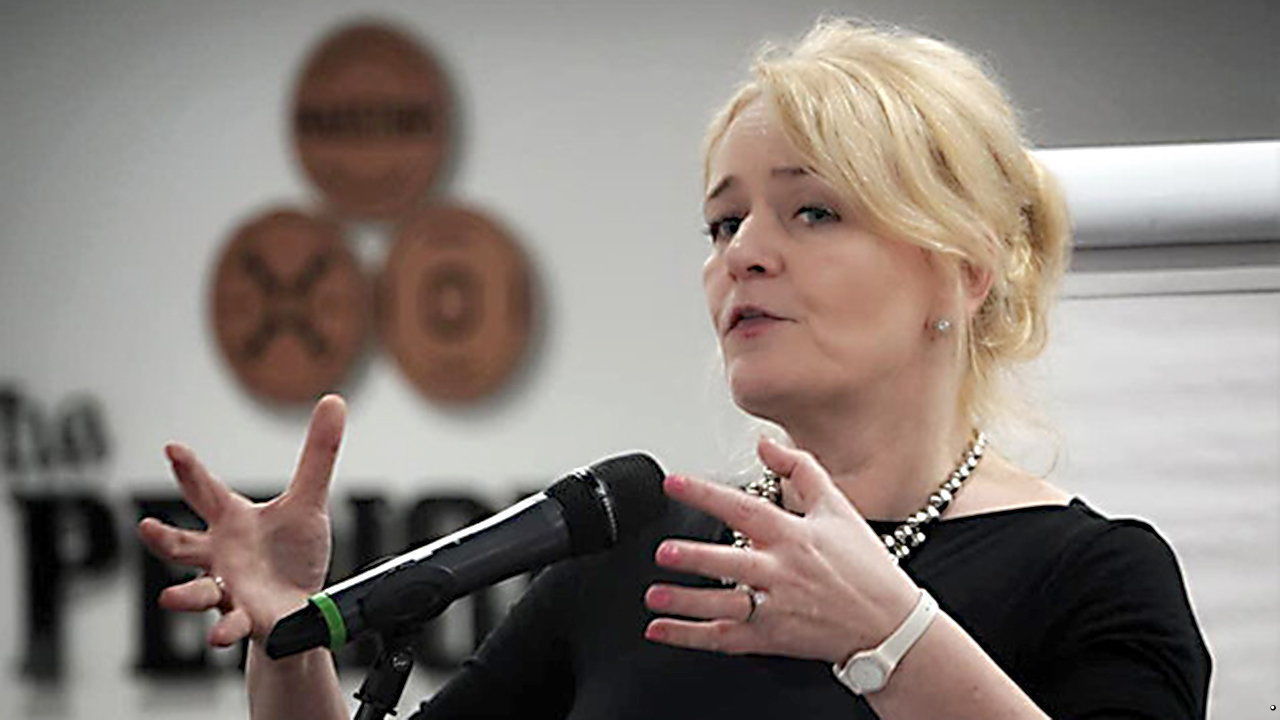 AGED 17 AND working as a waitress in the money department in London, Sharon Graham led an unofficial strike to support colleagues on casual contracts, earning them equal pay. It made him want to take on employers. Now 52 years old, she will soon have many opportunities to satisfy him. On August 25, Unite, Britain’s second-largest union – and by far the loudest – elected her as the new general secretary. She is expected to drive the union away from Westminster and return to the workplace. The impact will be felt not only on the political left, but on the boards of directors.

Listen on the go

To have The Economist app and read articles, wherever you are

Unite officials expected an easy victory for an insider, Steve Turner, deputy secretary general and, in the words of one observer, “the anointed.” He has been a staunch deputy to Len McCluskey, the retired secretary general, and he has been instrumental in shaping the government’s covid-19 leave program. During the campaign Ms Graham was abused by activists who accused her of dividing the left, supposedly providing a path to victory for Gerard Coyne, the less radical candidate.

But union elections rarely concern points of the political spectrum. Applicants are generally split between initiates with institutional experience and reformers valued by members. Ms. Graham called herself the “Insurgency Candidate” and highlighted her success in winning disputes. Many of those who voted for her knew her from her former role as Unite’s organizational and leverage department head. Turnout was low, as usual in such votes: less than 10%.

The fact that Unite members found her attractive is an indictment against Mr McCluskey’s tenure, in which efforts to propel former far-left Labor leader Jeremy Corbyn towards Downing Street won out over everything else. Unite poured millions of membership dues into this failed endeavor. He has reduced the amount that will go to Mr Corbyn’s successor, the more centrist Sir Keir Starmer. Who leads Labor and whether the party wins the election matters little to many Unite members. Four in ten voted Conservatives in 2019, according to YouGov, a pollster. Ms. Graham plans to refocus on workshop battles. “For too long now, it seems to me that the political tail has been wagging the industrial dog,” she said. She argues that if unions are properly supported, politics will naturally shift to the left.

Supporters hope his victory will further energize organized labor. According to research by the Resolution Foundation, a left-wing think tank, union membership has started to rise again after decades of falling. The share of unionized employees increased from 23.3% in 2017 to 23.7% in 2020, bringing the total number of members to 6.6 million.

Another long-term trend in union activism may help to attract them: the abandonment of strikes in favor of legal action. GMB, a union that brings together members from many sectors, has spent years in court demanding better employment rights for Uber drivers, and in May it signed a deal to represent 70,000 of them . Targeted social media ads can also attract new members, as can apps that help unions run workplace campaigns. Ms. Graham approves of such innovations, but still declares herself a fan of the factory gate. “Legal action is not a substitute for organizing workers and building power in the workplace,” she says.

She is also the main cheerleader in “leverage,” a radical tactic of going over the heads of bosses to company directors, shareholders, investors and suppliers. After British Airways, the national flag carrier, threatened to fire and rehire thousands of Unite members, it set up BATreason. She says targeting her parent company has brought BA back to the negotiating table. To help settle a dispute at a bus company in England, she brought it to the attention of the Swedish government, jeopardizing a potential contract there.

Such methods win not only disputes, says Graham, but new members. She ran 12 leveraged campaigns, with a record of uninterrupted success. She hopes to use the technique to attract workers into the odd-job economy. “Despite small-scale attempts, there has not been a comprehensive campaign to build combatant unions in ‘new’ areas of work,” she said. But other union bosses say they have to meet workers outside of the workplace because they’re terrified of being seen by employers. Persuading them to harass shareholders and board members can be difficult.

Under Ms Graham’s leadership, strikes are likely to become more frequent: she is considering setting up a strike support team to help shop stewards. Supporters compare her to Jack Jones and Arthur Scargill, radical union leaders who tormented government after government at the turn of the 20th century. “I will not hesitate as General Secretary of Unite to tirelessly fight against bad bosses,” she said. “I’m up for this.” ■