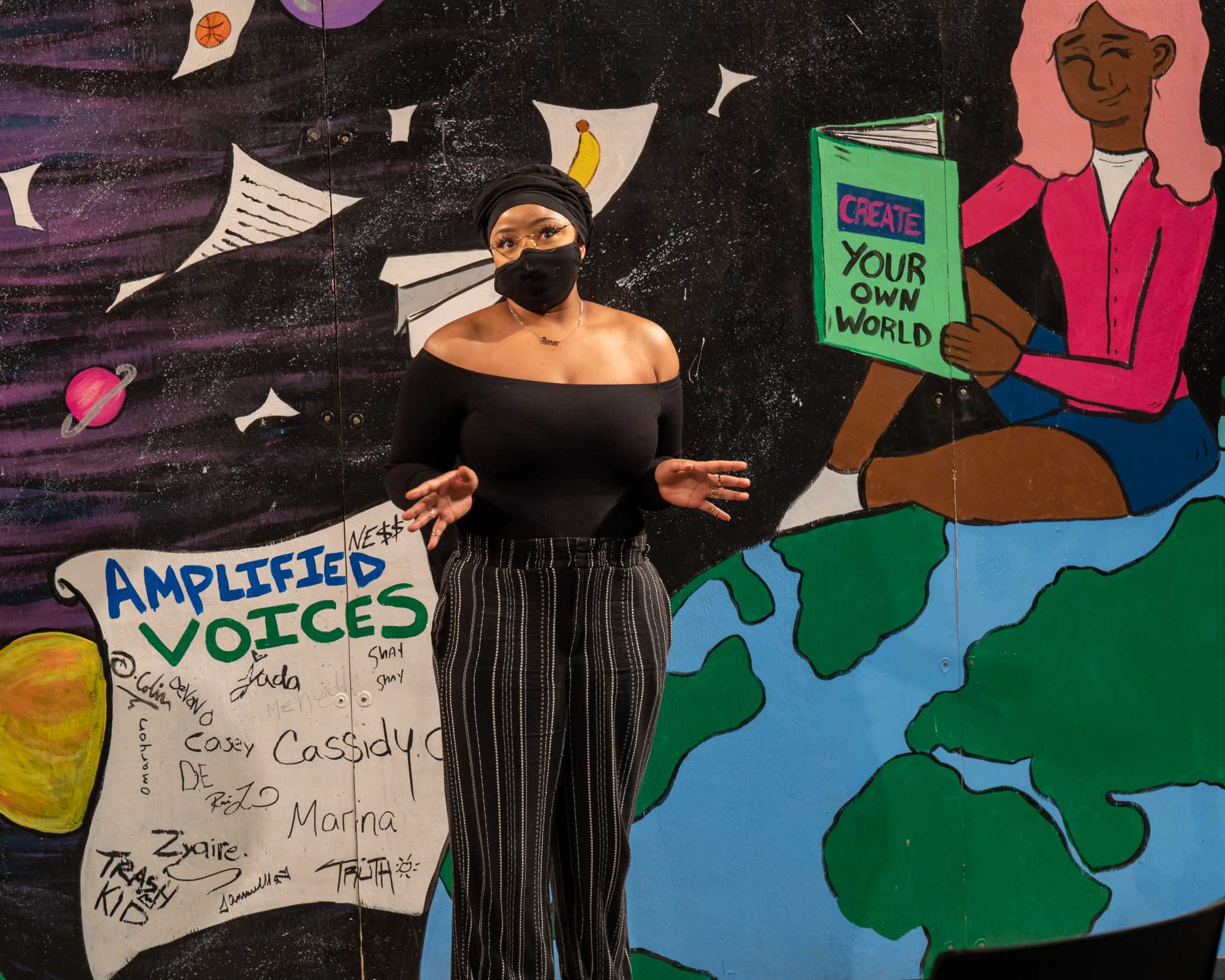 Schenectady Library features poetry for teens about the pain of racism

SCHENECTADY – Young people gathered at the main library in Schenectady on Saturday to talk about things that are not normally discussed.

They read poetry about the pain of a name that was always mispronounced and the difficulties of being a black woman. They sang about police brutality and listened to a performance about red flags in teenage relationships.

Behind them was a huge mural, painted this summer by teenagers from Albany, Schenectady and Troy as a backdrop for performances by people of color seeking their own voices.

â€œThe goal is to fight systemic racism and uplift BIPOC artists,â€ said Kaela Wallman, coordinator of youth services at the library. “I want you to know that you are seen, heard, and we are happy that you are here.”

A student at Schenectady High School read poetry about the definition of a black girl.

But embracing his race was painful.

â€œI was taught to hate myself. Because boys don’t date black girls. They choose anyone else, â€she said.

After reading her poem, she confessed that she is generally very shy.

â€œBut there is a lot of lack of representation in my community, especially from women of color,â€ she said. “A lot of people don’t have a voice, so I felt like I had to speak up or nothing was going to be done.”

Jade Warwick, who curated the mural’s design this summer, said she wanted black voices not to be censored.

â€œIt was such an incredible opportunity,â€ she said. â€œTeaching young people of color to express themselves through art and amplify their voices. “

It all started when she saw graffiti painted at demonstrations.

“It was quite offensive to me,” she said, describing messages like “things will get better” and “a lot of rainbows”.

â€œHey, people are getting murdered,â€ she said.

The mural shows a woman opening a book in a magical world, said Marina Tchako, 16, of Schenectady, who was one of the artists.
Working with students from Albany and Troy was surprising, she said.

â€œIt was really different,â€ she said. â€œWe all came from different places. But it helped us. Different experiences, different upbringing, it was cool to see everything that stood out in the play.

She couldn’t see the completed mural before Saturday’s event.

“Seeing him now is like wow!” We really did it, â€she said.

This includes the lines â€œPicket lines and pickets / Do not punish me brutallyâ€ and â€œBrother, brother, too many of you are dying. “It ends with:” Only love can conquer hate. We have to find a way to bring some love today.

Lisinicchia said she chose the song because of this call to action.

â€œWe have to find a way to make peace,â€ she said. â€œIt’s just a big judgment. Life is so short. We must walk in love.

The mural will be on display in the children’s section of the library for the remainder of the month. Then he will move to Troy.