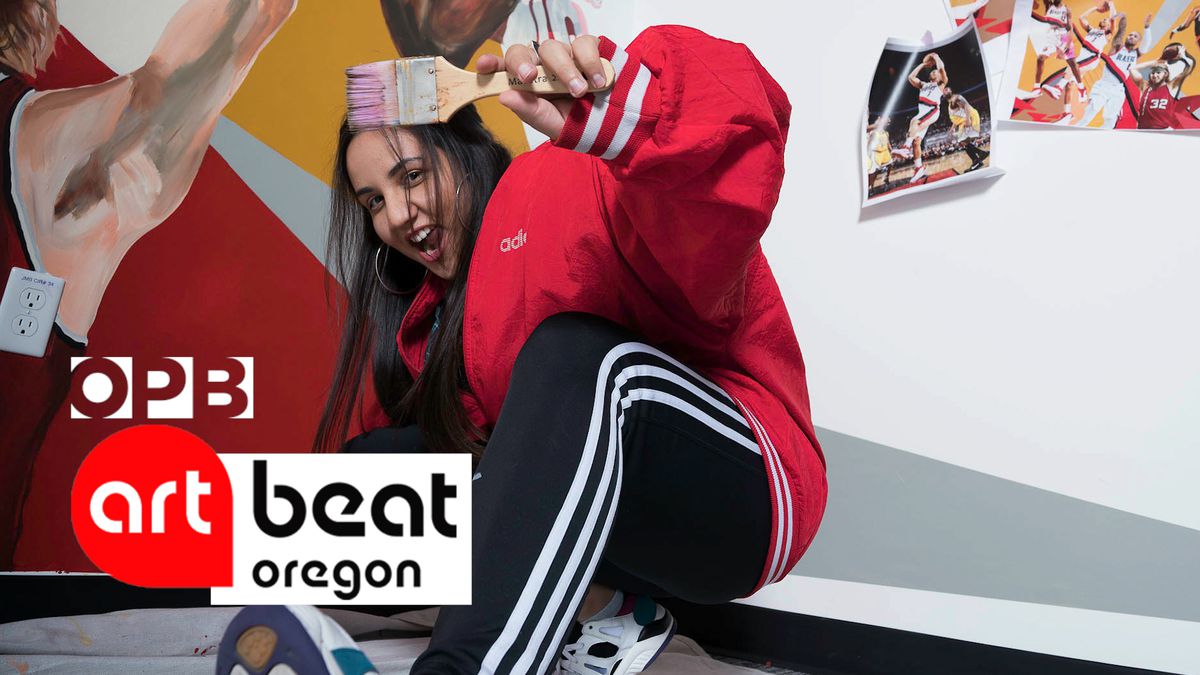 For Portland artist Sa’rah Melinda Sabino, her show last summer at the Portland Museum of Art’s Aux/Mute Gallery felt like a big risk. “It was a very personal journey,” she said. “I was very scared because it was the first time I even talked about being mixed race, like out loud outside of my diary.” But it was a risk that paid off. At the opening reception, she was repeatedly told by people of color “thank you for doing this work – I finally feel seen.” And for Sabino, “it was kind of an indescribable feeling because I had never felt seen before. So knowing that other people shared the journey… I just felt like I was doing the right thing. and that the work had to continue.

The show, away/at home, ran from August 7 to November 14, 2021. It featured more than a dozen plays, many of which examined Sabino’s life through the lens of basketball. Growing up mixed race, struggling to find my place, basketball “made me feel like I belonged”. In several pieces, Sabino blends sporting imagery with iconic visuals from Moroccan culture (Sabino’s father is originally from Morocco), creating rich and provocative work. “I really wanted to explore the concept of two worlds meeting,” she said.

Sabino’s early love of basketball led her to an obsession with sneakers and eventually a career in shoe design. While earning her Fine Arts degree in painting at the Massachusetts College of Art and Design, she also studied at the Pensole Footwear Design Academy in Portland. Today, she’s a full-time senior shoe designer and practicing artist, a combination that suits her well. “It’s crazy because I feel like my practice of painting has made me a better draftsman. Shape, shape, color, texture, pattern, all those things that create a fashion product that I use every day in a different way.

Currently, Sabino is working on a new work for a show titled dream girl, which will open at One Grand Gallery in Portland in August. “The idea of dream girl, it is an action. Like, ‘what are your dreams?’ And like, ‘how do you chase them?’ I wanted to pay tribute to my grandmothers. Because I feel like I’m walking for them in a way that their generation couldn’t.

His new show occupies his mind, dreams and imagines new images. But mostly, she tries not to plan what’s next. “I just do the job as it comes. Which I think is an interesting way to create, because I’m sort of healing by creating.

Protection against high-cost lenders in place May 1