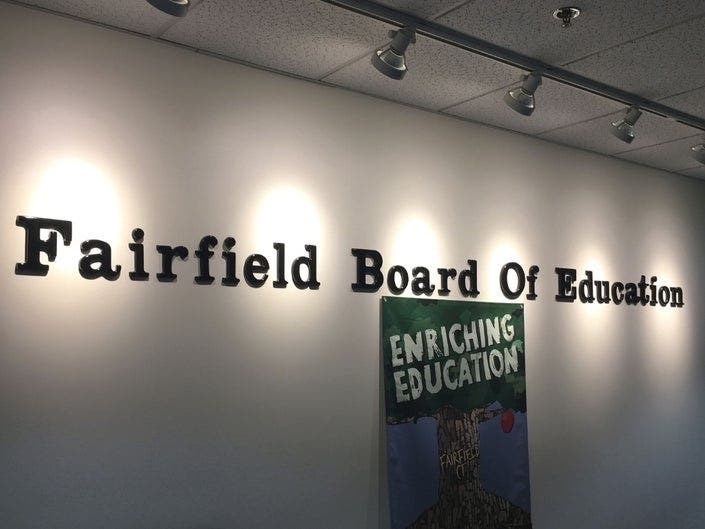 FAIRFIELD, CT — Fairfield school officials were investigating last week after racist and sexual graffiti were discovered at a district college.

The graffiti was discovered in the boys’ bathroom at Fairfield Woods Middle School on Friday and was described by principal Colleen Banick as “racist and sexual in nature”.

“The language and depictions uncovered were offensive and disgusting,” Banick said in a message to families at the schools. “An investigation is ongoing and anyone involved will be held accountable for their actions.”

Banick, who noted that several students had alerted adults to the graffiti, provided information in the post on how children could submit advice to investigators or seek help after encountering the language used in the vandalism. .

“Discrimination in any form is not tolerated here at Fairfield Woods Middle School or FPS,” Banick said. “We are working to support those affected by this event. As a school community, we must continue to take a stand against intolerance and treat each other with respect and dignity.”

In May, police were asked to investigate two cases involving racism and Fairfield students. The first involved a student at Fairfield Warde High School who was arrested and charged after posting a message on Snapchat containing a photo of one of his classmates and a racial slur. The second involved students at Fairfield Ludlowe High School and verbal assaults on the victim’s brother from the first incident, the victims’ mother said at the time.

Further racist interactions and graffiti occurred at several schools in the weeks that followed.

In October, the district hired Digna Marte as Director of Diversity, Equity, and Inclusion, a new position created to address racial, economic, and social diversity issues at Fairfield Public Schools. .

Become a “hair chameleon” with products from Taraji P. Henson