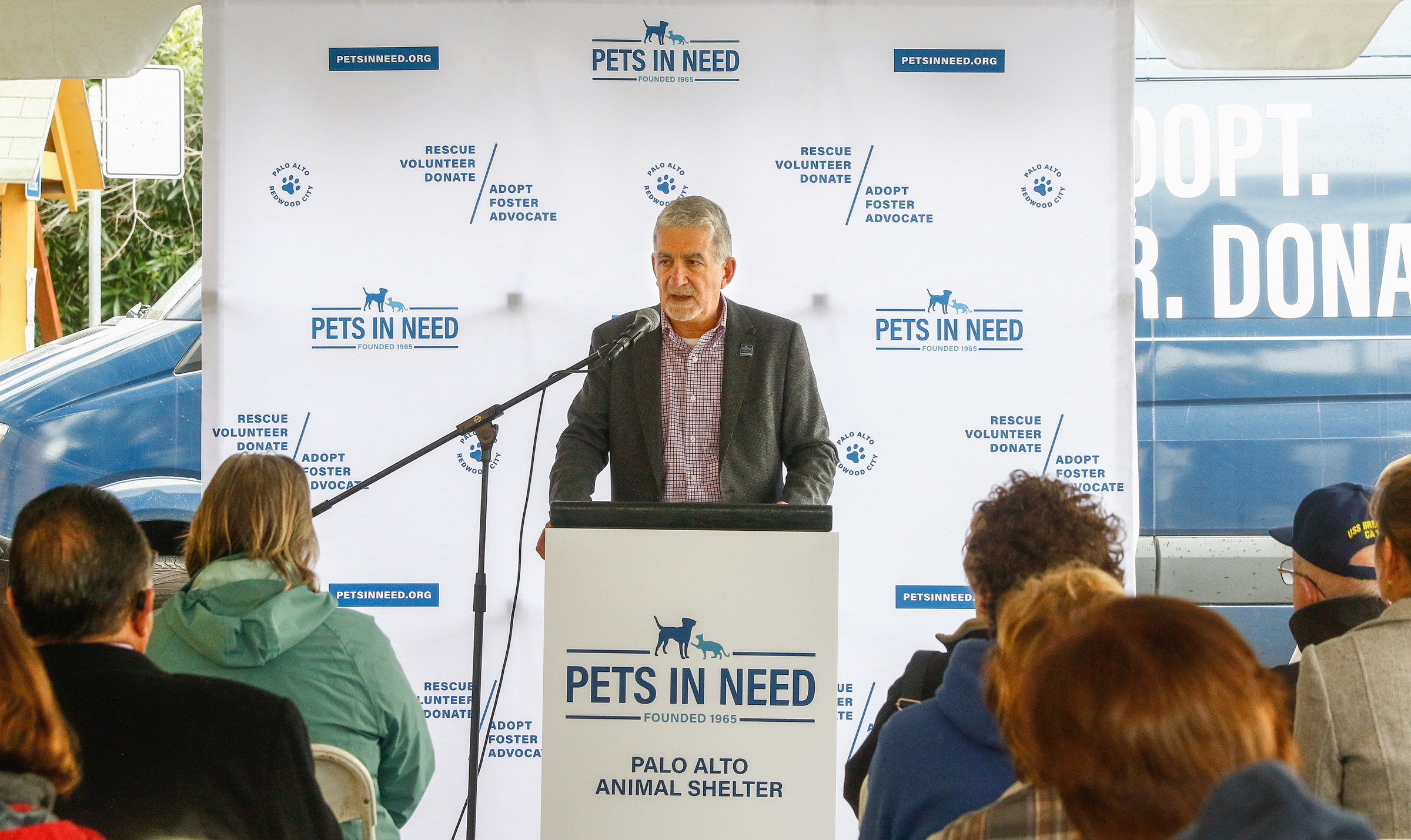 His decision to leave comes three weeks after a tumultuous time for the 55-year-old animal rescue organization, which was rocked three months ago after seven puppies died in an overheated and poorly ventilated van. Twenty other dogs survived but had to be treated for heat exhaustion after a rescue by transport from the central valley on August 2. A solitary guinea pig, which was kept in the cockpit with three air-conditioned staff, was not affected.

Palo Alto Police announced on October 26 that the three handlers who brought the dogs to the Palo Alto Animal Shelter at 3281 E. Bayshore Road were charged with failing to provide proper care and attention to an animal and to animal cruelty, the inhumane transportation of an animal by the Santa Clara County Attorney’s Office. Since then, Pets in Need (PIN) has come under intense public scrutiny.

The organization’s public responses, often attributed to Mollica, were particularly angered at the police department’s involvement and scathing at the town of Palo Alto, which hired Pets in Need in 2018 to take over operations. of the city-owned refuge. On November 15, Mollica informed the city that Pets in Need would terminate its contract and cease its services at the Palo Alto shelter at the end of 2022, accusing the city of failing to honor its contractual agreements to modernize the facility.

The city has denied the allegations, saying it spent $ 1.5 million to modernize medical suites and added several upgrades to the kennels. The city has completed the design of the new kennel and is in the process of purchasing the new kennels, the city said in a Nov. 16 statement.

Another bomb fell Thursday morning after it was learned that Mollica would be leaving.

He “informed the organization of his intention to resign. The board of directors of PIN and Al are currently working on the details, including the exact date of his departure. The board will meet over the next few days to determine an interim management structure, plans for hiring a new executive director and other important transition items, ”the organization said in an emailed statement.

“The organization will have more information to share early next week. As always, Pets in Need appreciates the continued support we continue to receive from the community for our important work,” said the organization.

Redwood City-based Pets in Need began its relationship with the city after city council unanimously approved a deal with the organization in late November 2018 to resume animal services, including management of the Laundromat shelter. city.

Under a five-year contract, the city agreed to pay $ 3.7 million to Pets In Need, which resumed operations in January 2019. Palo Alto also agreed to pay $ 3.4 million. for capital improvements, including an expanded medical suite, 16 new kennels, and a flexible office and classroom. The upgrades were designed to keep the senior’s shelter functional while Pets In Need sought funding through a multi-year campaign to build a new facility. The city completed construction of the shelter’s medical suite in September 2020, but the reconstruction of the new kennel faced a funding shortfall of around $ 500,000, according to city staff.

In March 2020, Pets in Need closed its shelter due to on-site shelter orders during the COVID-19 pandemic. It turned into a remote operation with matched personnel to continue providing shelter and medical services.

The shelter reopened to the public in June 2021 as Santa Clara County eased public health restrictions on businesses.

Mollica has been the Executive Director of Pets in Need since 2014, according to his LinkedIn page. His responsibilities include planning and implementing the organization’s strategic plan; budget preparation and control; management of fundraising and communications; achievement of financial goals; and adherence to existing policies and procedures. He is also a director of Mollica Consulting Group, which provides professional consulting services to non-profit organizations.

Prior to Pets in Need, he was Executive Director of the Delaware SPCA for one year and Interim Director and CEO of the Boys and Girls Clubs of Philadelphia for five years.