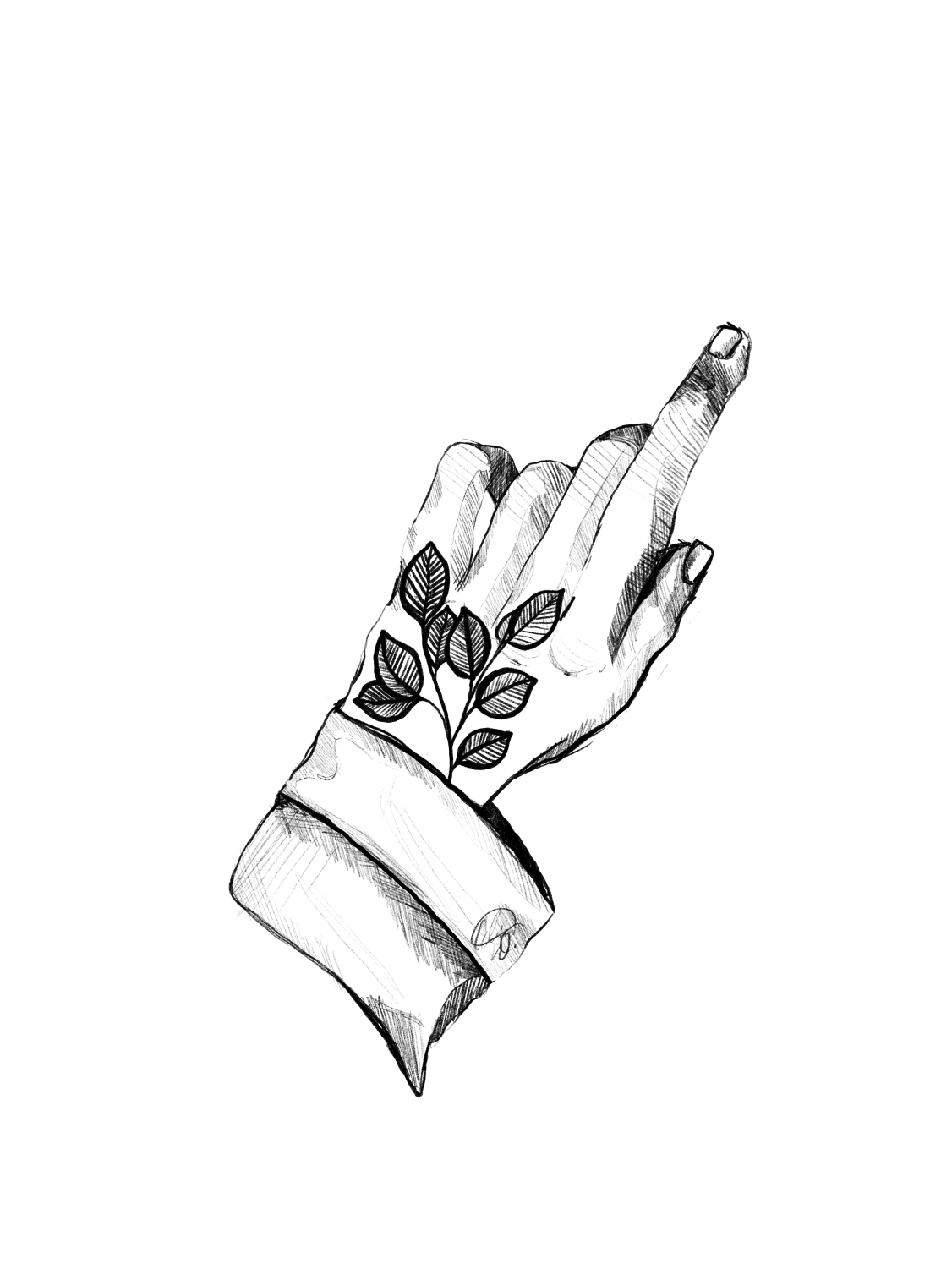 NOTICE: Tattoos Should Not Determine Hiring

People with tattoos and piercings are often told that their jewelry must be removed and their tattoos covered in order to fully grasp economic and academic opportunities. I’ve been asked to remove my nostril or septum piercings several times during classes, job interviews, and even by my peers.
They are considered unprofessional because body piercings are not traditionally accepted jewelry. But tradition is entirely subjective. My Hindu grandmother wore a ring in each nostril as a sign of her spiritual devotion. Traditional Indian bridal attire includes a nath, or large nostril ring, which is connected to a smaller earring by a long, usually gold-colored chain.
Tattoos, piercings, and other forms of body modification are as old as society. They have deep spiritual significance for a number of cultures across the globe, including, but not limited to nose piercings in India and the Middle East and facial tattoos in Inuit communities. from North America.
Even pre-Christianized British culture featured body tattoos. The spread of christianity have referred to these societies as “the uncivilized other” in an attempt to destroy conflicting religious beliefs and prevent those who practice them from gaining societal power. Now that modern society is beginning to recognize the massive damage caused by colonization and forced assimilation, this concept is totally outdated.
The societal demonization of visible tattoos and piercings has been further amplified by their history within Western society. During the 1970s and 1980s, piercings and tattoos became synonymous with groups and people who deliberately live outside of societal norms.
Alternative subcultures, the majority of which are intrinsically linked and strongly influenced by the LGBTQ + community, adopted highly visible tattoos and piercings as an act of rebellion against the society that did not accept them.
While not all queer people identify with the punk subculture, the rejection of society by punk ideology is rooted in a rejection of heteronormativity and traditional gender roles. In fact, the word “punk” has historically been used, insultingly, in reference to gay men. Moreover, before being adopted by heterosexual men, the characteristic sound of punk-rock music was developed mainly by lesbians expressing their justified frustrations.
In Western society, piercings and tattoos are continually associated with disenfranchised groups. Banning them from professional circles is an extension of this same oppression.
Tattoos and piercings have always existed outside the acceptable standard, but not because they actually have an impact on a person’s quality or their intellect. The association of body modification with unprofessionalism is not only repressive, as it limits personal expression, but it is a reflection of systemic discrimination within Western society.
Although civil rights and societal norms surrounding race, religion, and identity have changed dramatically over the past two hundred years, discrimination based on race and sexuality is rife in the United States. There is still important work to be done. As modern society begins to decolonize our collective mentality and recognize the civility of non-Christian and non-white cultures, we must also recognize that our
the inherited conceptions of acceptability are designed to impose cultural assimilation.
We need to recognize the roles that these biases play in modern discrimination, especially in the workplace. Does a piercing or tattoo affect a person’s ability to do their job properly?
No. Tattoos and piercings should be quite acceptable in professional settings because the customs that exclude them are based on personal prejudice rather than fact. My piercings are a reflection of me and my culture, so why aren’t they professional?

The healing power of “thank you”