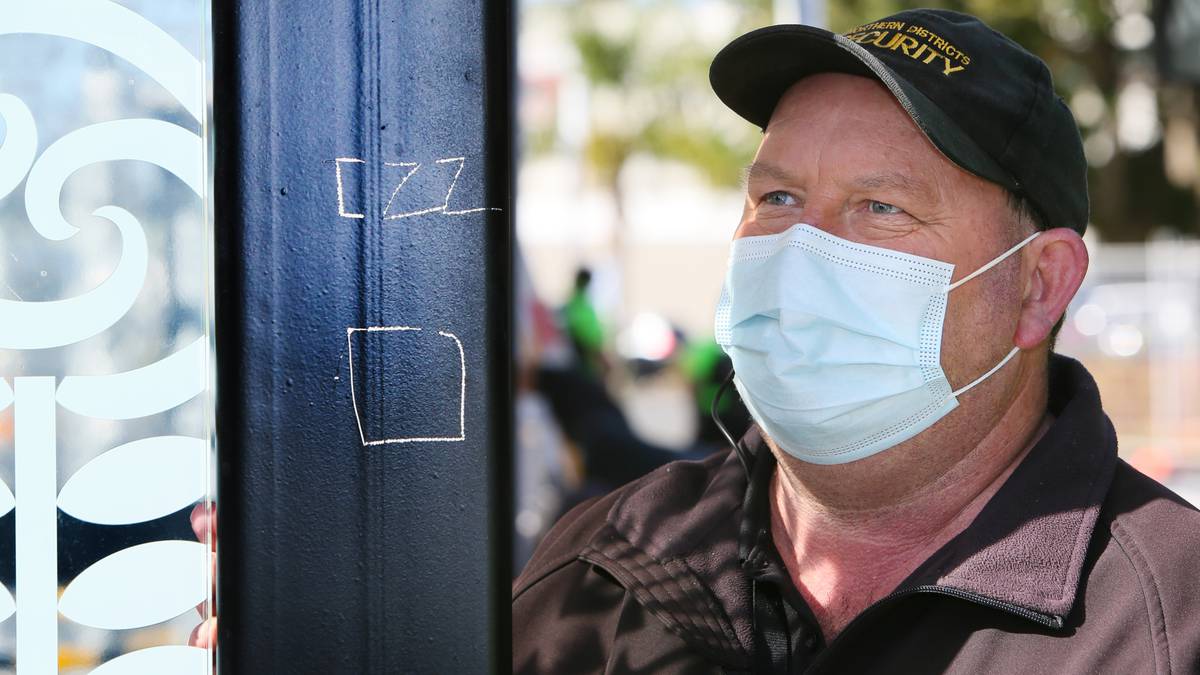 Four days after opening, the renovated Rose St bus station in Whangārei was vandalized. The terminal opened on Monday July 25 and would have been engraved on it on Thursday July 28. “Unfortunately, we have been informed that it has already been vandalized,” Citylink Whangārei said. “If you see any vandalism or graffiti, please report it to one of the guards.” Kenton Patterson, the security officer who first noticed the damage, added: “It’s very disappointing. (The bus stop) is something beautiful for the city.” Upgrading of the main bus station began in February and local firm Ventia was awarded the $1.5 million project by Whangārei District Council.

Police arrested one person after a robbery on John St, Whangārei, on Thursday evening. “One person threatened staff members and left with a number of items of clothing,” a police spokesman said. “Police came to the scene and arrested one person.” A 42-year-old man has been charged with aggravated assault and shoplifting and was due to appear in Whangārei District Court yesterday.

The upgrade of the endoscopy room at Kaitaia Hospital was completed after two years. Covid has delayed some equipment supplies. Program manager Carolyn Jones says staff are delighted to have a fit-for-purpose facility with all the necessary equipment. People between the ages of 60 and 74 will be asked to take a bowel screening test every two years. Visit www.timetoscreen.nz/bowel-screening/, telephone 0800 924 432 or speak to your GP or Maori healthcare provider.

Edwards must be goodbye

Far North District Council will bid farewell to one of its key leaders, Darren Edwards, in September when he takes on a new role as chief executive of Kāpiti Coast District Council. Edwards has over 30 years of public sector experience in central and local government and was appointed chief executive of strategy, planning and policy at FNDC in May last year. He will leave the council on September 30 and assume his new position on the Kāpiti council in October.

Waipu River Walk is now open after three years of volunteer work creating a loop walkway along the banks of the Waipū River. The walk begins at Waihoihoi Park and follows the river to Nova Scotia Dr where it joins the existing trail. Following the trail through Waipū Township to Waihoihoi Park, it will loop for about an hour. Whangārei District Council allocated $100,000 for the community-led project in 2019.

The government has opened a Cultural Sector Regeneration Fund to relaunch New Zealand arts and culture after Covid-19. The Ministry of Culture and Heritage will contribute $28 million by next June. The fund replaces multiple scheduled funding rounds with a single application process. Expressions of interest must be submitted by September 7.

An officer from the latest batch of police college graduates will be assigned to Northland. All 76 recruits graduated on Thursday and at least one officer will be assigned to each police district. Northland District Constable Kyle Merritt received an award for Driver Education and Traffic Policing Practice.

Kaipara District Council staff are asking the community to keep an eye out after a recent spate of vandalism. The damage was extensive: in Selwyn Park contractors had to clean up and replace broken lights, in Harding Park a toilet was destroyed and the ceramic pan was shattered. Fires were recently started in the toilets of Dargaville and Mangawhai. Graffiti has also increased, with contractors called in four or five times in the past month to clean up offensive markings. The council also had to remove the shade sails from Selwyn Park after children climbing on them stretched the material irreversibly and compromised the structure. KDC is able to redesign them to inhibit climbers and will therefore get them back as soon as possible. Call 105 to report anti-social behavior or illegal activity.

Expression trumps everything in portrait photography