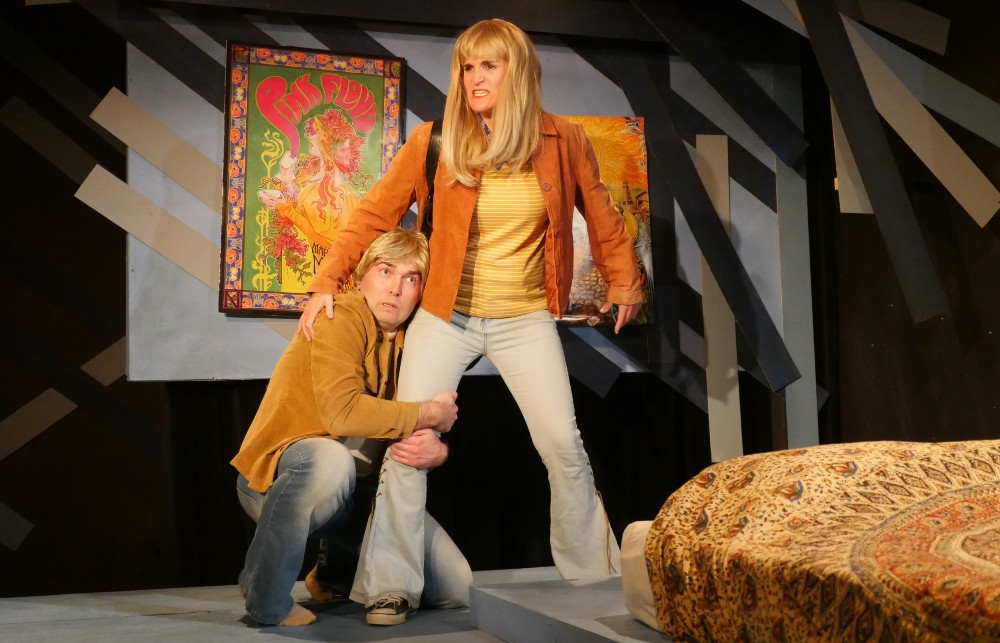 Be a playwright Paula Vogel was politically prescient in 1999, when the country retreated. Both are equally plausible.

In his feminist satire, “The Mineola Twins,” Vogel shows that, rationally inconceivable, ultra-conservative traditionalism and radical progressivism are two sides of the same coin, especially in their extreme forms.

The currency of his kingdom is genetic; opposites are identical twins from Long Island, who appear to be alike in every way except for their personal / political inclinations and breast endowment.

Sexist men, objectification of women, fear of change and female freedom against the anarchy and promiscuity of feminism arch; the strong embrace against repudiation (even the bombing) of Planned Parenthood – all of this hasn’t started to leave us in almost 60 years since the play’s first scene was set.

Judging by the fact that I have just, for the tenth time in several decades, walked for reproductive rights and Roe v. Wade at the Women’s March on Saturday, things haven’t changed much at all.

Well, to be honest, they’ve made progress. And now they are regressing.

While Vogel and Moxie Theater Executive Artistic Director Jennifer Eve Thorn has some serious themes in mind, the play is designed as some kind of ridiculous game.

As Vogel said herself: “There are two ways to play this piece: 1. With good wigs. 2. With the wrong wigs. Personally, I prefer the second route.

At Moxie, the wigs are pretty good. Which means the comedy could be broader and the distinctions between the antithetical twins even more pronounced.

Samantha Ginn, who tests both roles (as written) has, in numerous performances, shown herself to be a gifted clown, very capable of exaggerated antics.

But it seems contained and controlled here. His performance and rapid costume changes are impressive. But the still current reality of the time is so painful (and depressing) that a rise in the power of humor would be ameliorative. Maybe as she adjusts to the role, she’ll relax and let go.

Breaks between scenes (to give Ginn time to change clothes, wigs, shoes, etc. – she has a full-time backstage dresser) could also be more engaging and fun.

Still, Thorn provided some fun stage stuff, and the rest of the cast, each in multiple roles, provide great support, especially Emily Jerez as slimeball loser, Myrna’s boyfriend Jim, the “maid. richly endowed but virginal “sister” (Jim shakes off his frustrated rocks with the flat-chested “bad girl” Myra at the same time); Philip Magin, at different times, as the school-aged son of Myra and Myrna (each his mother’s philosophical obverse); and Desireé Clarke as Sarah, the lesbian partner of feminist Myra.

The tech team also offers great support, although it could all be more cartoonish, to match the tone of the text.

It should be noted that Thorn’s very first directing experience, when she was a student, was the controversial piece that won Paula Vogel the Pulitzer Prize: “How I Learned to Drive”. It was a tough business (she had to pull production off campus); it’s also a better play than this one.

But it’s nice to see that Thorn is still preoccupied with the political pieces and provoking the post-show talk. A commendable way of reopening your theater to live performance.

Pat Launer, member of American Association of Theater Critics, is a longtime San Diego art writer and Emmy Award-winning theater critic. An archive of his previews and reviews can be found at patlauner.com.