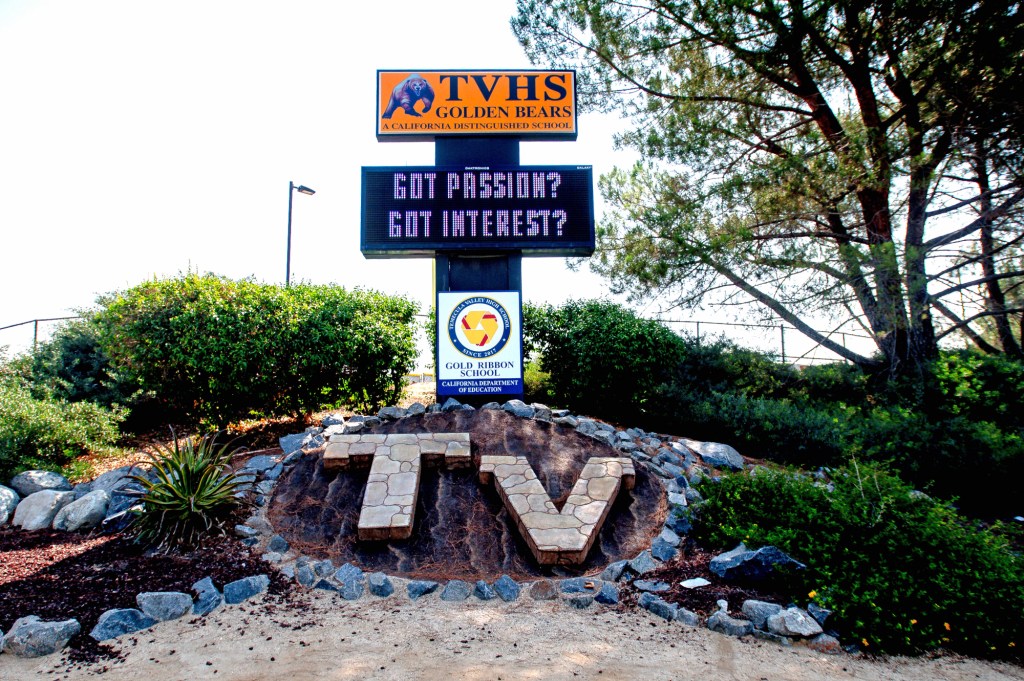 Moreno Valley cheerleaders were called racial insults by Temecula students and heard monkey noises as they passed during a high school football game on Friday August 20, their coach said in an article on social networks.

“In all my years of training I have NEVER experienced such levels of disrespect and hatred from an opposing school / team,” Williams wrote, who declined on Tuesday August 24. to be interviewed. During the halftime show, the Valley View cheerleaders visited the home team sideline to watch, which she wrote as visiting team custom. There, his students were “called derogatory and racial insults, and unwelcome touched” by the students at Temecula Valley High, Williams wrote.

Leaders from both schools condemned the behavior. And Temecula Valley Principal High Allen Williams, in a statement with the Temecula Valley Unified School District, pledged “swift and appropriate action” and a swift investigation.

The district “embraces diversity and strongly condemns hate speech and offensive, hateful or racial intolerance of any kind on athletic fields, in school buildings or anywhere in or outside the premises. from school, â€reads the statement sent by email on Saturday August 21 to Temecula. Valley High students and parents. “We will hold anyone who has used such language while representing one of our schools accountable for their words and actions … we recognize that we have work to do in our schools and will continue to strive to promote equity. , sportsmanship, respect and fair play on and off the pitch.

â€œWe care about all of our students and encourage all families and staff to keep saying something if you see something,â€ he wrote.

Fans and students at Temecula Valley High â€œbooed my daughters when they got to the other side,â€ Williams wrote. â€œOne of their flag daughters called one of my daughters ab ** ch for walking or almost stepping on her flag. As some of my daughters walked the bleachers towards the snack bar, they were greeted by monkey noises. “

“When they lined up for the snack bar, one of them was grabbed by the hand by someone who made a sarcastic remark,” others were called racist insults and said that they were “on the wrong side”. Williams’ message reads “Another girl got her hair touchedâ€¦ Now you know which border crossed.”

The latest data from the state’s Department of Education shows that Valley View High is over 13 percent black and 9.5 percent white, while almost half – 48.6 percent – are from Temecula. Valley High is White and less than 3% is Black.

Williams, who was on the sidelines of the visiting team when the events unfolded, said: “I was really scared to be at Temecula Valley High.”

â€œWhen (my students) came back to tell us what had happened, I couldn’t think of anything other than getting them out of there,â€ Williams wrote. “Tears rolled down my face because I was so angry and hurt.”

This is the latest racist incident at Temecula Valley High.

In January 2020, a black student said she was twice targeted with racist graffiti on campus.

Earlier this month, Temecula city council voted to maintain its Commission on Race and Diversity, which acts as a watchdog for such incidents. The move came after many townspeople spoke out at council meetings to say they did not believe racism existed in their town.

Williams’ Facebook post said the high school “will file a formal complaint” with the California Interscholastic Federation. It was not clear Tuesday afternoon if this happened.

â€œWe are here to support all of our students and staffâ€¦â€ Kedziora said in her statement. â€œWe will continue to work together and stay focused on embracing and advocating for our diverse communities and inclusion in all schools and in our society. “

This is a developing story. Check back for updates.

Advertising in Nebraska for nursing jobs, no vaccine required

Hagedorn says he “feels and is fine”