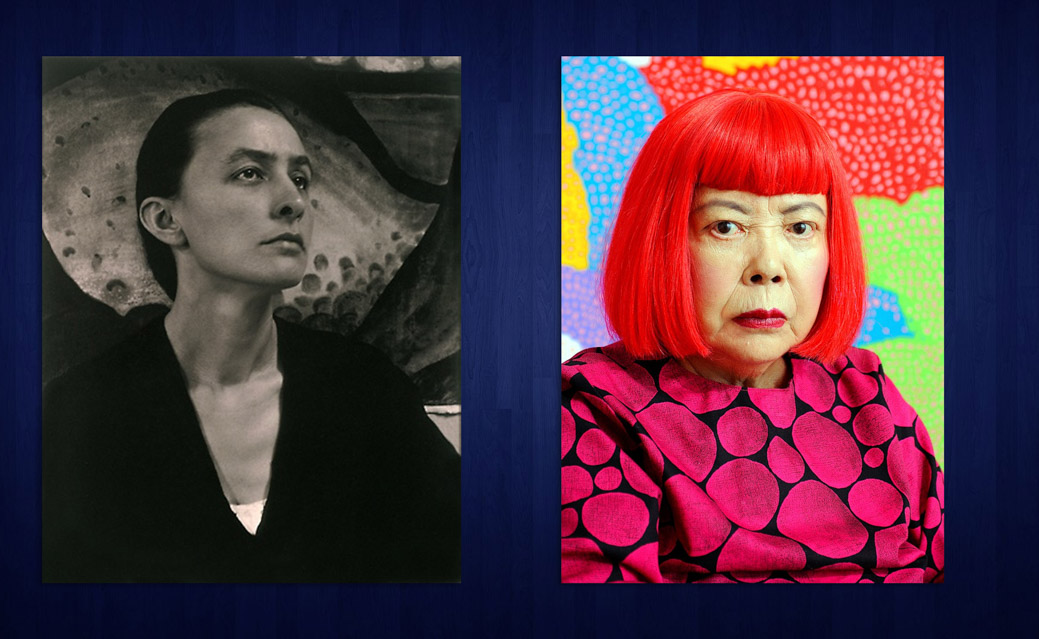 If living your life were as easy as waking up, being human and going to bed, influential and expressionist art wouldn’t exist. The trauma is nothing to romanticize, nor to neglect; its manifestation through art is not new for artists, especially not for Yayoi Kusama and Georgia o’keeffe. Kusama and O’Keeffe’s stories of deteriorating mental health may not be the same, but what unifies them is how their art took shape to materialize those experiences.

Kusama seems interested in the uncountable. She suffered from a variety of hallucinations as a child, the most common being a mass of dots. To rid her mind of these hallucinations, she scribbled them on paper, which, unbeknownst to her, would be the starting point of her artistic career.

The eternal nature that inspired Kusama’s early arts has continued in his most popular pieces – the endless mirrors in “Infinity Room” and the myriad circles in “Dots Obsession” as examples. For Kusama, his art was not just a personal expression, but rather a manifestation of his mental illness on paper. The repeating patterns of nature – as in “Mushrooms”, “Flowers” and “Pumpkins” – surrounded by a mosaic of shapes were therapeutic imagery for Kusama. Even if that wasn’t his intention, Kusama’s art, especially the interactive exhibits, gives viewers a glimpse into his life, childhood, and trauma. The bright, crisp patterns and colors are parts of Kusama that are not detachable; they are what makes her art unique to her, something she has struggled to find throughout her career.

O’Keeffe’s manifestation of his sanity in his art was different from Kusama’s. Vivid colors and flowing shapes occupied many of O’Keeffe’s early paintings, most notably “Series 1”. Depression was constant throughout his life. Yet, watching many of his plays from the 1910s and early 20s, viewers would never assume.

Around 1925, spots of dark and muted colors invaded the once vibrant canvases. “New York with Moon” and “City Night” presented admirers with a more disturbing side of O’Keeffe’s art. The clean lines of the buildings, unique light sources and deep colors contrast sharply with the style of O’Keeffe’s first signature.

O’Keeffe sank into a deep depression – she feared buildings would collapse on top of her, which gave much-needed context to her sudden and somber change in artistic inspiration. Unlike Kusama, O’Keeffe’s art did not appear to be her form of therapy, but perhaps an unconscious representation of what she was going through at certain points in her life.

Some artists use their medium to put their sanity next to themselves, to turn their trauma into something physical that they can look at and deconstruct without additional stress. Others share parts of themselves through their work whether they like it or not. Yayoi Kusama made art her medicine and Georgia O’Keeffe made art her personal autobiography.