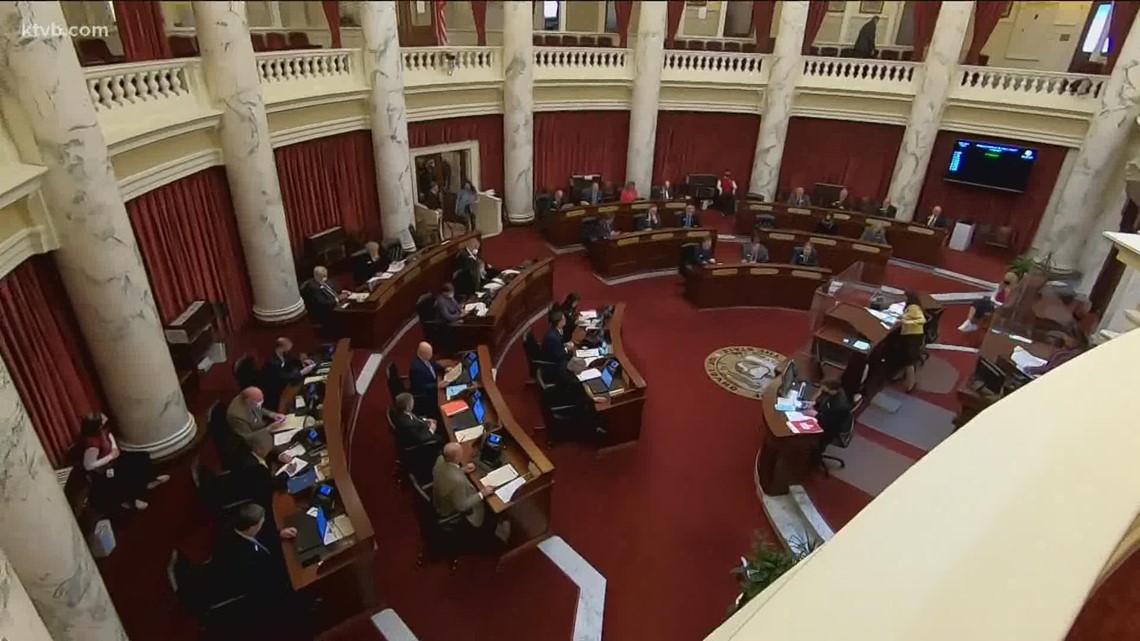 “The House is getting less radical, the Senate is getting more radical,” longtime former GOP Secretary of State Ben Ysursa said. “Who’s the backstop?”

This story originally appeared in the Idaho Press.

An effort by a far-right slate of candidates to take over Republican-held offices in Idaho largely failed at the state level in last week’s primary election, but the results were more mixed in the legislative races, and the Idaho legislature will see a significant shift next year.

Already, due to redistricting, retirements, lawmakers running for higher posts and primary election results, there will be nearly 50 new faces in the legislative chambers — 18 in the 35-member Senate and 31 in the 70-member House – and that’s not counting any additional changes following the November general election.

And while some of the strongest far-right voices in the House will be gone – including Reps. Ron Nate, R-Rexburg, de facto chief ‘freedom’ lawmakers Chad Christensen, R-Iona and Karey Hanks, R-St. Anthony – The Senate will likely have a lot more members from this wing of the Idaho GOP. That includes some leaving the House, some defeating high-ranking Senate committee chairs, and some making unexpected returns, like former northern Idaho Rep. Phil Hart.

“The House is getting less radical, the Senate is getting more radical,” longtime former GOP Secretary of State Ben Ysursa said. “Who’s the backstop?”

Deputy House Minority Leader Lauren Necochea, D-Boise, who is also chairwoman of the Idaho Democratic Party, said, “Everyone is really talking about the changes in the Senate. … If all the far-right Senate candidates who came out of the primary win the general election, we are going to see a very different Senate with a far-right turn to the Senate leadership.

“It’s a huge loss,” Winder said. “He’s done a great job this year taking on the co-chairmanship.” And with the Senate vice chairman of that budget drafting committee, Carl Crabtree, R-Grangeville, also falling to a challenge from the right in the primary, “it’s going to leave a big hole there.

The day after the election, Winder said, “Several members have already called me asking what I was going to do. I need to think about it. We have lost a lot of seniority outside the group.

The House side of the joint committee was already losing its House co-chair, Rep. Rick Youngblood, R-Nampa, and vice-chair, Rep. Caroline Nilsson Troy, R-Genesee, to retirement. In addition, there are four other House departures, three who lost in the GOP primary and a fourth, Rep. Priscilla Giddings, R-White Bird, who resigned to run unsuccessfully for Lt. governor.

Altogether, that’s 11 members of the key 20-member panel who won’t be back next year, and that’s before any changes in the November election.

But changes to the Senate could have even more impact. “The House passed a slew of extreme bills that then died in the Senate,” Necochea said, “and it’s their strategy to rob the Senate of the ability to stop these harmful things.”

She cited bills passed by the House to criminalize librarians if minors view “harmful” materials; impose criminal penalties on doctors and parents if minors receive gender-affirming medical care; and sweeping changes to Idaho’s election laws that she said “would have made it absurdly difficult to vote in Idaho.”

“The people of Idaho were shielded from the grim reality of these bills actually being enacted by a Senate where cooler heads sometimes prevailed,” Necochea said. “I predict broad consolidation around Democratic Senate candidates in key races because I hear from so many longtime Republicans that they no longer recognize their party.”

Winder doesn’t think the Senate changes go that far. He noted that the Senate also won over more moderate Republicans in the primary, including former Rep. Linda Hartgen, R-Twin Falls, who faces only a challenger from the Constitution Party in November.

“When you look at the caucus core, it’s still the same,” Winder said. “We lost some in the north, we gained some. … Our entire management team stayed together. So overall, I’m very hopeful for the new members coming in and the ability of the current members to work with the new members coming in. We will maintain the civility, collegiality and thoughtfulness of the Senate.

Two of the most vocal conservatives in the Senate, the senses. Christy Zito, R-Hammett, and Regina Bayer, R-Meridian, have retired; former Mountain Home Councilman Geoff Schroeder and Meridian City Council President Treg Bernt, both recommended by the Idaho 97 Anti-Extremism Project, won the GOP primaries for those two seats.

Meanwhile, seven current House members have won primary races for Senate seats, including two endorsed by the Idaho Freedom PAC, Doug Okunewicz of Hayden and Tammy Nichols of Middleton; two other curators, Ben Adams of Nampa and Codi Galloway of Boise; two other mainstream Republicans, Hartgen and Laurie Lickley of Jerome; and a Democrat, James Ruchti of Pocatello, who is seeking Nye’s seat.

Ysursa said he hoped Winder was right. “I’m optimistic cooler heads will prevail,” he said, but added, “I may be naive.”

Tom Luna, chairman of the Idaho Republican Party, said he thinks Democrats are gearing up to turn Idaho blue as the party successfully shifted the political winds in Colorado and Nevada.

“They see an opportunity because we’re a fast-growing state,” Luna said at a GOP unity rally at the state Capitol on Wednesday. “It’s a fascinating story about how the Democrats turned a very solid red state of Colorado into a blue state and then decided, huh, I wonder if this will work in Arizona, I wonder if this would work in New “Mexico, I wonder if it would work in Nevada, and it did — and now they’re here. We’re in their sights. So we’re not taking anything for granted.”

Necochea confirmed that Idaho Democrats have seen increases in fundraising, both from national party and state sources; by July, she expects the party to have 16 staff members. “We’re ramping up,” she said. “Our party is stronger than it has been in a long time.”

“Idaho continues to get national attention, national press for our extremist politicians,” Necochea said, “and many Idahoans are fed up and want to help turn the tide.”

This story originally appeared in the Idaho Press. Read more on IdahoPress.com

Check out the latest Treasure Valley and Gem State news in our YouTube Playlist: