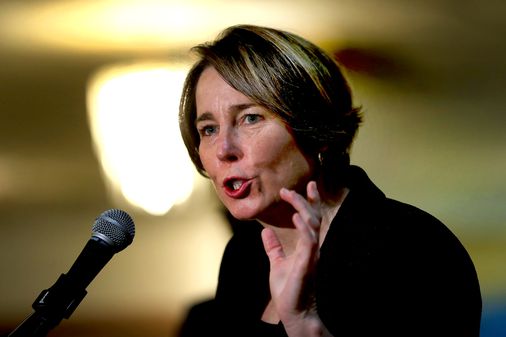 Attorney General Maura Healey and state education authorities on Tuesday pledged to stand up against a wave of racist, homophobic and anti-Semitic behavior in Massachusetts high school sports.

Healey said school sports in Massachusetts have experienced “an infection of bias and hatred” that has included “bullying of classmates, inappropriate hazing of teammates, and racist and anti-Semitic graffiti or language directed at peers”.

Get sports titlesThe latest sports headlines from The Globe delivered to your inbox every morning.

She also announced that her office will convene a statewide conference by fall for school officials to address the issue and plan regional training sessions for school athletic leaders led by the Center for the Study of Sport in Society at Northeastern.

Tim Piwowar, president of the superintendents association, said effective leadership begins at the top of every school district.

“As superintendents, it can be easy to compartmentalize athletics as the domain of the athletic director and the high school principal,” said Billerica Schools Superintendent Piwowar. “But the responsibility stops with us. If we are not aware of what is happening in our sports programs and if we do not take an active role in resolving problems when they arise, we are abdicating our responsibilities.

Longtime Danvers School Superintendent Lisa Dana went on sick leave in December, seven weeks after the Globe reported on her office and Danvers School Board’s response to the allegations about the hockey team. She didn’t come back.

A long series of disturbing complaints about biased behavior in Massachusetts high school sports have been documented since the Globe first reported in March 2021 that the Anti-Defamation League was calling for an investigation into allegations that the Duxbury football team reportedly used Holocaust-related terms such as “Auschwitz” to call the games.

More recently, Wayland officials announced in February that they were canceling the school’s spring games against Westford Academy after Westford students targeted a Black Wayland basketball player with racist and sexist taunts during a game at Westford.

Anti-Semitic language at Duxbury has been exposed just five months after Healey issued guidance to schools on their legal duty to prevent and deal with incidents of hate and bias.

The information will be compiled, Rubin said, “to ensure that together we all work to root out the hateful and horrific behavior that has become so pervasive in our sporting space.”

The MIAA governs 374 schools and more than 230,000 student-athletes who compete in 32 leagues statewide.

The Center for the Study of Sport in Society has provided training on diversity, equity and inclusion to Major League Baseball, the National Football League and its players association, university conferences , military, police departments, businesses, and many school systems, among others. entities.

“We want to create positive change not just in our schools, but in our communities,” said Dan Lebovitz, the center’s chief executive.

Bob Hohler can be reached at [email protected]