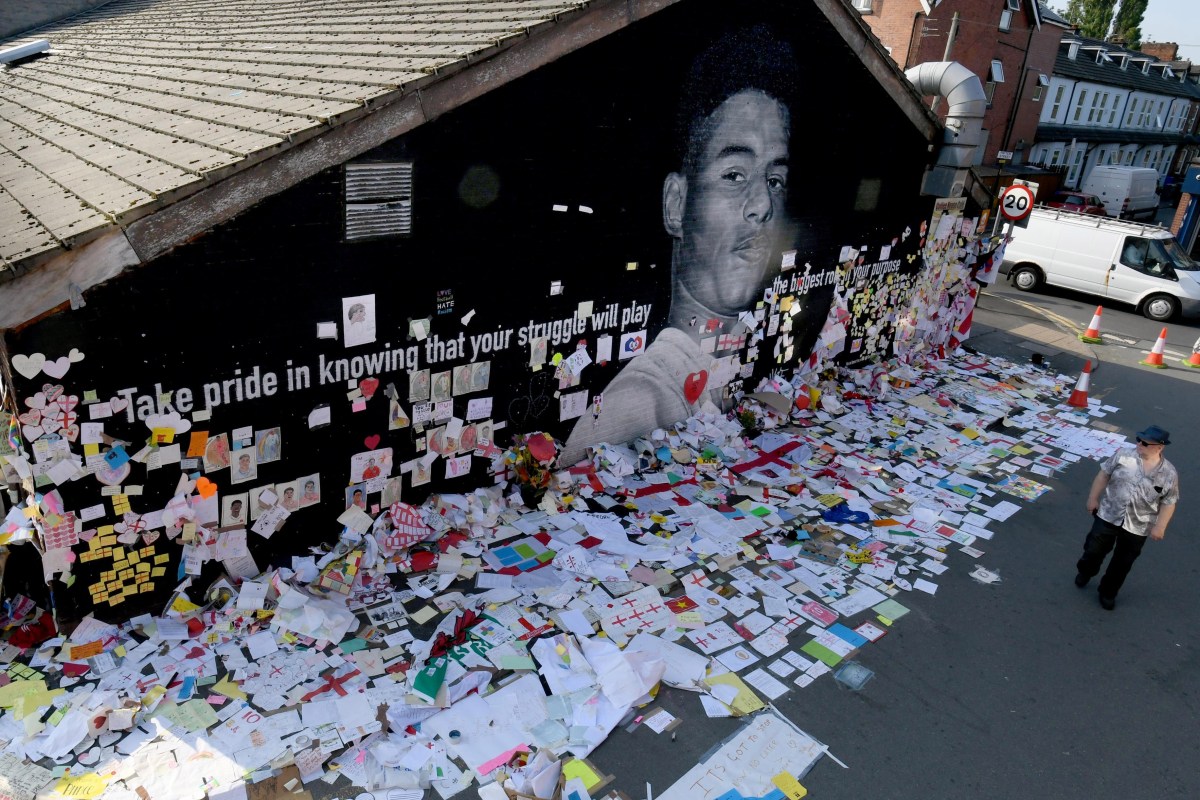 THOUSANDS of heartfelt messages left on England footballer Marcus Rashford’s mural were washed away by heavy rain this evening.

The tributes were due to be removed tomorrow so they could be preserved by some of the city’s galleries and museums.

But torrential rains destroyed the tributes on the artwork on Moorfield Street, near Copson Street, in the center of Withington village.

He had symbolized a rejection of hatred after being disfigured the morning after England lost in the European Championship final.

Offensive graffiti on the side of the Coffee House Café on Copson Street has been covered up.

People then came to leave notes with messages of support for Marcus and his English teammates Jadon Sancho and Bukayo Saka.

They faced racist abuse online after missing penalties in England’s shootout loss to Italy at Wembley.

Soon after, the number of messages continued to increase, with some people traveling several hundred kilometers to see him.

But amid high humidity, Greater Manchester was hit by thunderstorms this evening, causing flooding in some areas.

Daniel Martinez, who lives nearby, told the Manchester Evening News: “It’s a shame because I live a 30-second walk away.

“He has had visitors every day since the Euro.”

The mural was to be kept by the Manchester Art Gallery, the Archives Department of the Central Library, the People’s History Museum, the National Football Museum, the University of Manchester and the Withington Walls Project which first commissioned it.

“Racist abuse will never be tolerated, neither for the club nor for the country. If you see any form of abuse or discrimination, take action and report it,” the club tweeted.