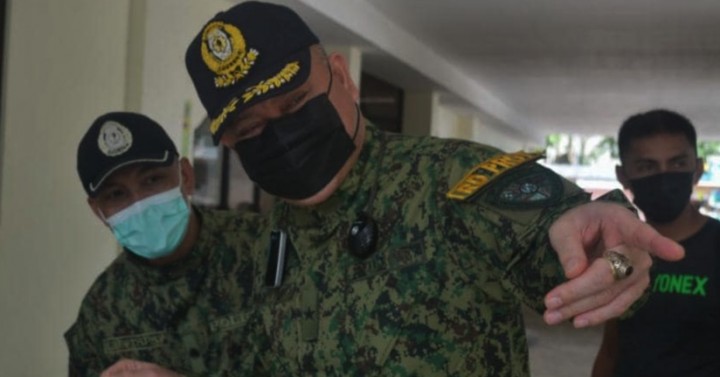 Their relief came 13 days after the station launched a campaign to clean up the village in its area of ​​responsibility.

Brig. Gen. Ronnie Montejo said police were ordered to be relieved on Thursday after the inspection of the Regional Internal Affairs Service (RIAS) in the central Visayas.

“We organized the inspection team and commissioned RIAS to implement the PCI. During the inspection they discovered so many flaws that we cannot let it go because before the ICP the PRO-7 has a program called KKK-7 which stands for “kahapsay ug kalimpyo sa kampo sa (order and cleanliness at) PRO-7, ”Montejo told reporters during the presentation of the firearms confiscated and handed over to the headquarters of the regional mobile force battalion in the town of Sibonga.

Montejo asked the head of the Mandaue Town Police Bureau to subdue Station 1 Commander Major Eric Gingoyon, along with more than 30 officers and non-commissioned officers, to clear the area each morning as part of their sanction.

This is to train the police to get used to cleaning their post, he said.

After physical exercises and exercises, the relieved staff of Station 1 will also receive lectures on various topics.

In a media interview, Gingoyon said they chose to do the cleanup campaign in Guizo due to the village’s drainage and vandalism issues.

However, Montejo said that although the police carried out the cleaning of the barangay, their post was found to be dirty and messy.

He said they would look into the matter. (ANP)

New law against abusive advertising contracts has implications for competition

Michael Cohen Says Trump’s Time Is Up: “There’s No Way Anyone Can Get Away”