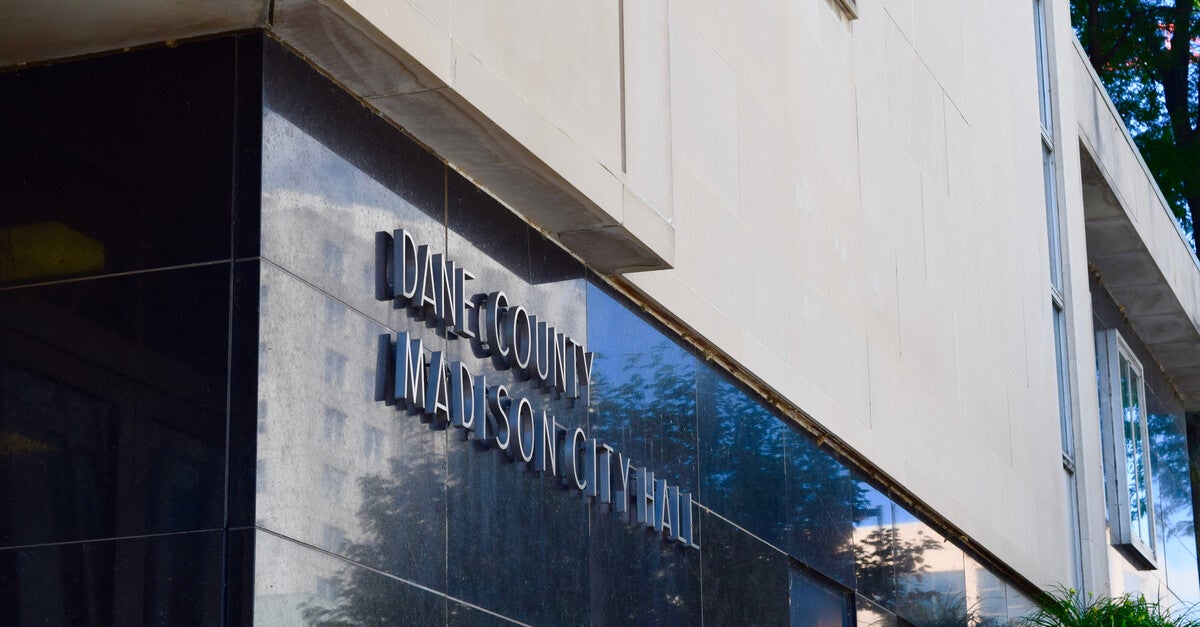 A Madison alder has resigned from the city council, saying he was being “bullied” after a report linked him to a far-right militia called the Oath Keepers.

Gary Halverson announced his resignation “effective immediately” in an update to the Common Council’s website late Wednesday evening. The news comes just over a week after the Anti-Defamation League published a September 6 report identifying Halverson among elected officials and other public officials who, according to leaked data, paid for their Oath Keepers membership. .

Halverson’s statement said the week since the report was released had been “triggering” for his family, adding that his wife suffered from post-traumatic stress disorder due to past trauma. He did not immediately respond to a voicemail requesting further comment.

“My family’s safety will always come first,” Halverson’s statement read. “Violence against women is a very real issue and having strangers come onto our property and vandalize it is traumatic.”

The Madison Police Department responded Tuesday to a report of vandalism involving Halverson, according to department spokesman Hunter Lisko. The investigation is still in its early stages, Lisko said.

“Threats and vandalism are not productive or democratic ways to engage public officials, and we are very disappointed that Alder Halverson’s family is going through this,” the statement said.

Mayor Satya Rhodes-Conway also issued a statement saying that while voter dissent and feedback is necessary, actions like graffiti are never okay.

“Ald. Halverson’s decision to step down is clearly the right thing for him and his family,” Rhodes-Conway said.

The Southern Poverty Law Center names the Oath Keepers as a vigilante group that follows “baseless conspiracy theories” in the name of defending the US Constitution. Several members of the Oath Keepers participated in the violent January 6 attack on the United States Capitol.

The Anti-Defamation League report, however, warned that those identified in the data leak may have paid for their memberships in the past, but may not be current members.

After Halverson’s name appeared on the list, he told reporters he joined the group in mid-2020 without verifying the organization. Halverson said he terminated his membership two months later.

In a Sept. 12 statement, Halverson apologized for the “embarrassment, distraction and pain.”

“I made a mistake joining a group that deceived me and other veterans,” he said. “I fixed it quickly.”

While Furman and Currie supported Halverson in their Thursday statement, they previously criticized their colleague’s ties to the Oath Keepers.

“(Its) extremist positions have been well known since its founding more than a decade ago,” read their September 8 joint statement. “Mere seconds of online research reveal that the Oath Keepers are a far-right anti-government group, not a veterans or democracy preservation group. As the nation reacted to the murder of George Floyd, this group promoted its membership using anti Black Lives Matter statements.At the same time, Alder Halverson decided to pay to join this extremist group.

Days later, Halverson said white supremacy should be “eradicated” from society and took aim at its critics.

“Statements and comments by other elected officials calling me or associating me with a white supremacy are heinous, extremely offensive and possibly defamatory,” he said.

Halverson was elected to represent Madison’s East Side in April 2021. His two-year term on the Common Council would have expired next year.

Common council members will appoint a replacement to fill Halverson’s seat until a new alder can be elected in April 2023. An eight-member executive committee will review applications and conduct interviews for the position before making a recommendation to the full board.