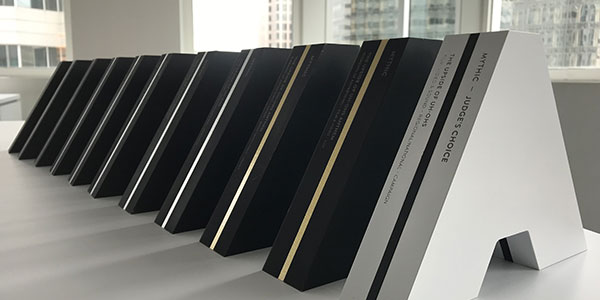 Maaco announced that it won 10 awards for the 2021 Charlotte American Advertising Awards.

In 2021, Maaco launched its national integrated advertising campaign, “The Upside of Uh-Ohs”, developed in partnership with Mythic, a full-service agency in Charlotte, North Carolina. The campaign kicks off with a musical TV spot directed by Grammy Award-winning Joseph Kahn that refreshes the brand’s iconic tagline, “Uh-Oh, Better Get Maaco.” The creative campaign is rooted in Maaco’s 50-year-old reputation as the person to call on whenever it’s time for a new paint job or when life inevitably brings its bumps, dings and scrapes.

“Maaco owners across North America have contributed to our brand’s trusted reputation for their ability to relieve the inevitable stress of automotive damage,” said Hannah Whitesides, Vice President of Marketing at Maaco. “This campaign pays homage to our beginnings, and we are thrilled that it has been recognized by the renowned American Advertising Federation.”

“This project was a labor of love as we wanted to do justice to both our brand and our family franchise in all the materials we developed,” Whitesides said. “This year’s awards saw over 300 submissions, the most since 2015, so we are deeply honored to have won multiple awards from some of the best in the industry.”