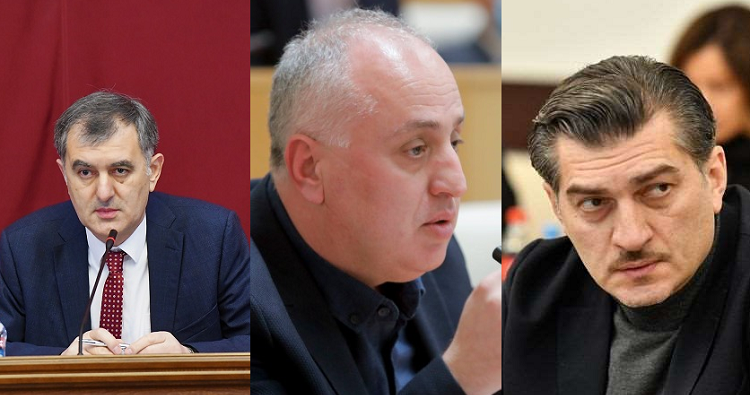 The 12 conditions set by the European Council to grant Georgia candidate status for EU membership later this year are seen as part of the ‘revolutionary plan’ of the ‘radical opposition’ in the country , three MPs who quit the ruling party last week to publicize “behind-the-scenes developments” in the domestic political sphere, said in a statement on Monday.

In their latest statement, Sozar Subari, Mikheil Kavelashvili and Dimitri Khundadze said that the opposition United National Movement party and their partners intend “to systematically try to use every point of the plan to prepare a revolutionary scenario of ‘by the end of December’.

They also claimed that “no one will give Georgia the [European Union membership] candidate status at the end of the year”, but said the government “must show” that European integration is a “strong priority” for it and “make efforts” to achieve the goal.

MPs – who quit the ruling party saying they had decided on another public relations plan to inform the public about the opposition’s plans and activities – said they were considering the prospect of filling the conditions of the European Council “with skepticism”, but added that they still believed the government should “do everything possible” to implement its strategy – presented on Friday – to meet the conditions.