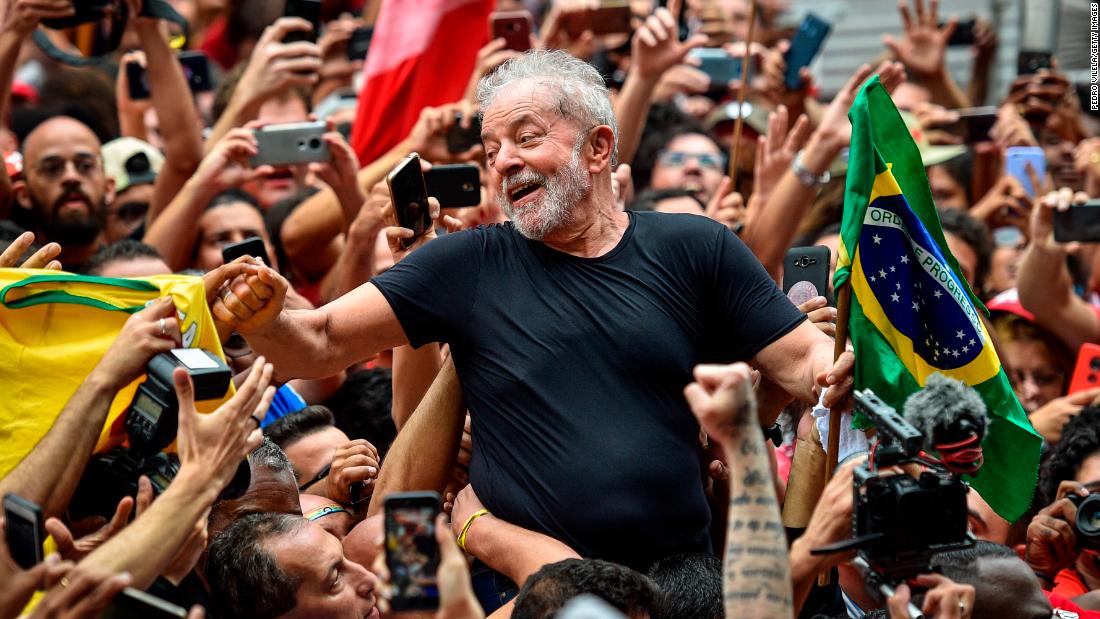 By Calvin M. Roa Last updated May 8, 2022
Share
Seventy-six-year-old Lula, as he is commonly known, emerged as the favorite in the race against President Jair Bolsonaro on October 2.

Since taking office in January 2019, Bolsonaro has attacked democratic institutions, downplayed the severity of Covid-19 and attacked environmental protections, as well as rekindling Cold War-era divisions to portray opponents as communists.

By contrast, da Silva’s campaign is trying to broaden his voting coalition by nominating centrist Geraldo Alckmin as running mate on a ticket titled “Rally for Brazil” – an attempt to overcome apprehensions many Brazilians have about his Party of left-wing workers, due to its past links to corruption scandals.

Da Silva officially launched his candidacy for the presidency at a campaign rally in Sao Paulo. “The country is going through one of the most serious moments in our history, forcing us to build an alternative path despite the differences in order to overcome the incompetence and authoritarianism that governs us,” he said, referring in the presidency of Bolsonaro.

The official campaign legally begins on August 16 and so far da Silva has not released many detailed policy proposals. However, many Brazilians appear to be behind the former leader, with the latest poll from Ipespe indicating that more than 45% of Brazilians intend to vote for him in the first round.

Da Silva’s 2022 presidential race marks the latest twist in his remarkable history as one of Brazil’s most charismatic politicians, one who only learned to read at the age of 10 and who has left school after fifth grade to work full time.

His background is unusual for a politician in Brazil, where the working class struggled to be represented in the decades since his birth in 1945.

It took three unsuccessful presidential bids before da Silva won the 2002 presidential run-off with 61.3% of the vote.

Re-elected in 2006, he finally left office in January 2011 with a 90% approval rating after millions of Brazilians were lifted out of poverty during his tenure. However, his good fortune did not last long.

After surviving throat cancer in 2011, da Silva was convicted of corruption and money laundering in 2017, charges stemming from a wide-ranging investigation into state oil company Petrobras, dubbed “Operation Car Wash”.

His legal troubles rumbled until April 2018, when he turned himself in to federal authorities and began serving a 12-year prison sentence.

However, in March 2021, a court overturned his conviction, paving the way for his political rebound.

At a bar dedicated to da Silva in Rio de Janeiro, entrepreneur Jaciana Melquiades told CNN: “I have a lot of hope for Lula’s victory, I think we have a great chance to put Brazil back on track. rails.”

Bolsonaro has done nothing for Brazil, said Omar Monteiro, 32, who runs the bar.

“Living under this government is worse than I imagined because, in addition to the curse of having Bolsonaro as president, we are going through a pandemic,” Monteiro said. “And I never, even in my worst nightmares, imagined that we would have a Holocaust denier, anti-vaccine, anti-isolation president.”

Brazil’s economy is suffering from runaway inflation and soaring unemployment, with hunger a growing concern.

“I think a lot of things have to change, we have to generate a lot of jobs and income because people are starving, have real needs, and we have to improve Brazil’s relationship with the world, which has deteriorated under Bolsonaro’s government,” said lawyer Andre Pessoa. .

Yet Bolsonaro’s deficit in the opinion polls is narrowing and the president retains a committed base of ultra-conservative supporters he has mobilized by maintaining what his opponents call radical positions on abortion access, the right to firearms and Brazilian sovereignty over the Amazon rainforest.

And he has shown he is ready to incite his supporters against perceived opponents, calling for mass protests outside the Supreme Court in a dispute with the judiciary in September 2021.

Christopher Sabatini, senior fellow for Latin America at Chatham House, said even if da Silva wins the election, his biggest challenge will be uniting a fractured country and pushing back against bolsonarismo, as the current president’s ideology is. known.

“It won’t be like his first two terms in office,” Sabatini said. “Bolsonarismo is not just any garden variety conservative party, it is inspired by evangelicals, it is inspired by very vitriolic, almost anti-democratic elements, and part of society which is called the constituency of Bibles, bullets and beef.”

Yet in da Silva’s strongholds, hopes are high for his return to power.

“May he get everything back to normal.”

Camilo Rocha contributed to this report.