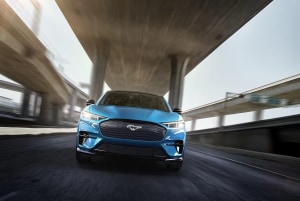 Ford envisions the unthinkable for advertising

James Farley, CEO of Ford, the world’s granddaddy of automakers, told a group of analysts: “I’m not convinced we need public advertising.”

And he’s serious about it. Specifically, he was talking about electric vehicles.

The thing is, they sell out. The industry can’t do enough. Ford doesn’t even need dealerships. Online sales could do that.

Part of the Ford Motor Company’s success, aside from its assembly-line manufacturing methods bringing cars within reach of the middle class, was advertising.

This included an emphasis in the 1920s on freedom and reliability. The Model T could “cancel distance and conquer weather”.

And Ford is still a serious advertiser with an annual budget of around $3 billion.

In Australia, $653 million was spent in 2021 on motor vehicle advertising, according to Nielsen Ad Intel’s Top Advertising Report.

But electric vehicles could change that. In the United States, Farley says Ford has stopped advertising the Mustang Mach-E because it’s been sold out for two years.

“We’re just getting started…but I’m not convinced we need public publicity,” he says.

He had an epiphany when he studied Tesla. This pure electric vehicle business has superior profitability.

Ford estimates that this costs Tesla $2,000 less per vehicle than Ford spends to sell through its dealerships.

“We think our distribution model today is about $2,000 per unit, more expensive than Tesla,” he says.

“About a third of that is inventory. We have all this inventory lying around the dealerships, in transit. Gotta get rid of all that. Public advertising, another third.

Farley, a former marketing manager, says the Ford model is messed up.

“We don’t spend anything after the warranty on the customer experience. And the promise on the parts business, which has always been very profitable, we only get maybe 10% or 20% of the customers coming back to us.

“It would be much better if we tried to develop an ecosystem where 100% came back, and we gave them experiences and that’s our marketing.”

So if you buy a Ford Model e, after-sales service is the experience.

“After a year, we’ll give you a full vehicle detail, check that all your software is up to date… a full anniversary for your vehicle,” says Farley.

“We should be doing stuff like this instead of doing Super Bowl commercials.

“If you ever see Ford Motor Company do a Super Bowl commercial on our electric vehicle, sell the stock.”

Do you have anything to say about this? Share your opinions in the comments section below. Or if you have any news or a tip, email us at [email protected]