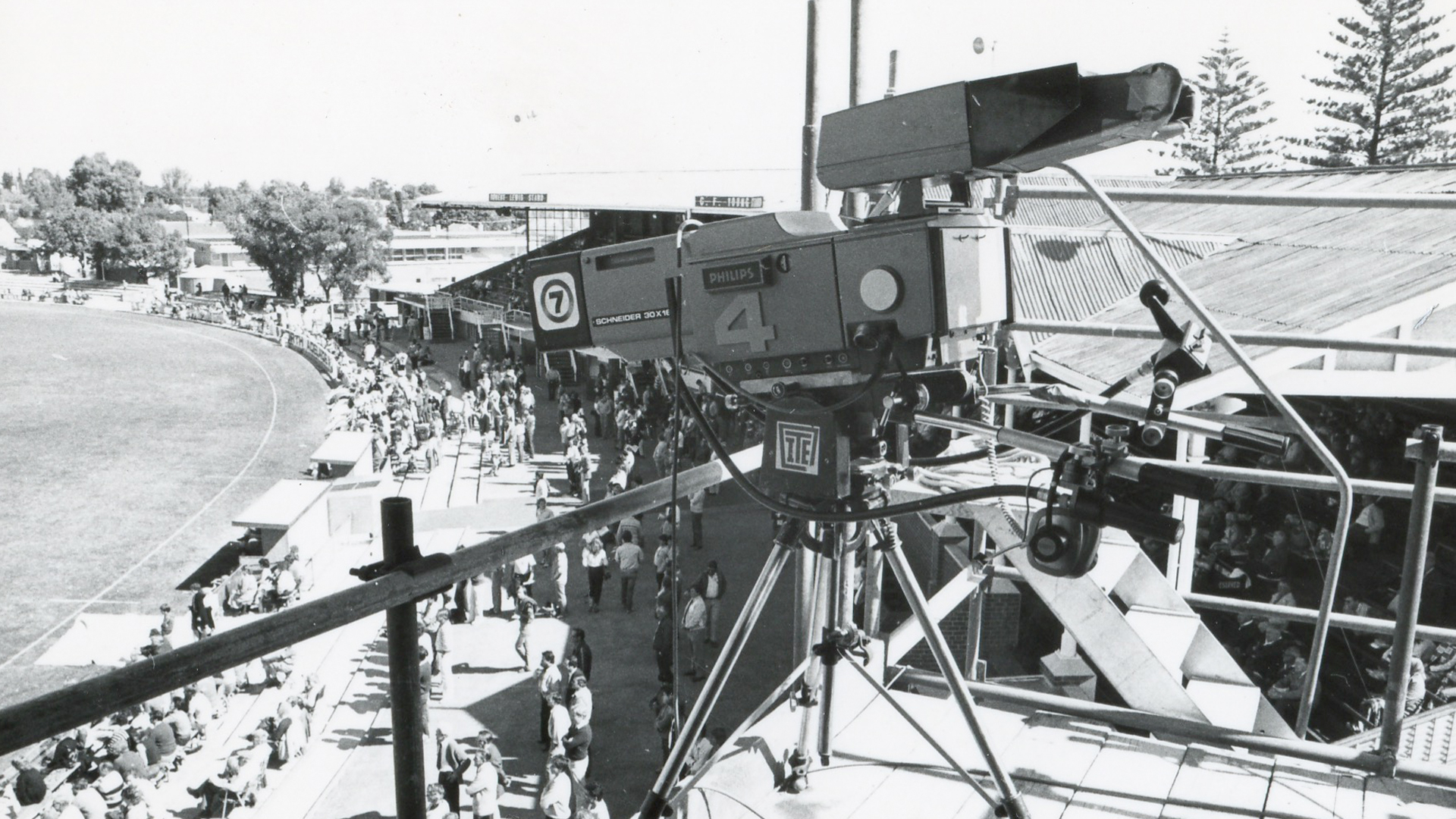 For the boys of Kandelaars, this televised hug was a real winner. We could watch the reserves in the morning after our dad had already shuttled us around four northern suburban football fields for Saturday games in the old Ford Falcon, stripped of its paint cans, ladders and mats. floor. From Saturday evening, the Big replay was ready to roll – rolling being the key word – as former cameraman and director John Cronshaw recalls:

At first we showed the reserves live, but the replay of the league game was transmitted from the ground in the suburbs – sent back from Mount Lofty to the station – and recorded on a two-inch tape. Segments featuring the game’s best bits would air in a 48-minute package in the evenings. I think TV coverage started around 1964. In fact, I remember an Adelaide Oval State match between SA and Victoria. We had a DC3 plane circling Mount Gambier, bouncing footage from Adelaide to Melbourne. At the time, all that television coverage was pioneering stuff. It was quite exciting because everything was new.

The weekend was a time when too much football was barely enough. Saturday night my brothers and I consumed the spectacle of Victorian football highlights, The winners, our one major concession to those playing across the border, which we’ve come to both hate and admire at state games. Sunday morning – with mass over, for yes, Nellie and Leo were determined to raise us up as good Catholic boys – the time had come for The Sunday Football Show.

Over the years, Channels Seven and Nine have had their own versions of footy shows, and we watched them all, while eating our lunch of baked beans on toast. Each show had its own stable of football characters. It wasn’t heady intellectual stuff, but then again, it wasn’t meant to be. And yet, some lines have been remembered by SANFL fans over the years, like this exchange between Sunday sports show hosts, Max Hall and Wally May:

When Mick and Keith wrote this classic, I’m sure they didn’t have SANFL competition in mind. But these days, when I hear that famous refrain, I can’t help but think of what once was. As the Kandelaars brothers sat glued to the TV on Saturday night, I couldn’t get enough of the great Barrie Robran. Barrie would slide down Prospect Oval, weaving his magic and confusing his opponents.

I remember my dad herding us from the living room to the dining room table: “Your mom made a great meal. Come in here and eat it. We dutifully sat down for dinner, but before too long Mom was asking, “Where’s your dad?” He had taken one of our seats in the living room, mesmerized by the mercurial Barrie Robran, who had not only mesmerized another crowd full of Prospect, his teammates and the opposing team, but also my old man. There was no one like the famous number 10 in the Guernsey of the Red and White Rooster.

As part of the SANFL 2022 Expo, you can now see “Bazz” in color thanks to the relentless push over the years to improve footy coverage with better technology. The electronics company Marconi loaned cameras to Channel Nine in 1972 as the station prepared for color and they captured that year’s grand finale most vividly. The fact that we can now see this color version half a century later is due in part to retired cameraman and director Rob Fletcher, who asked a colleague what would happen to the tapes:

He said throw them in the trash, it’s over now. It does not matter.