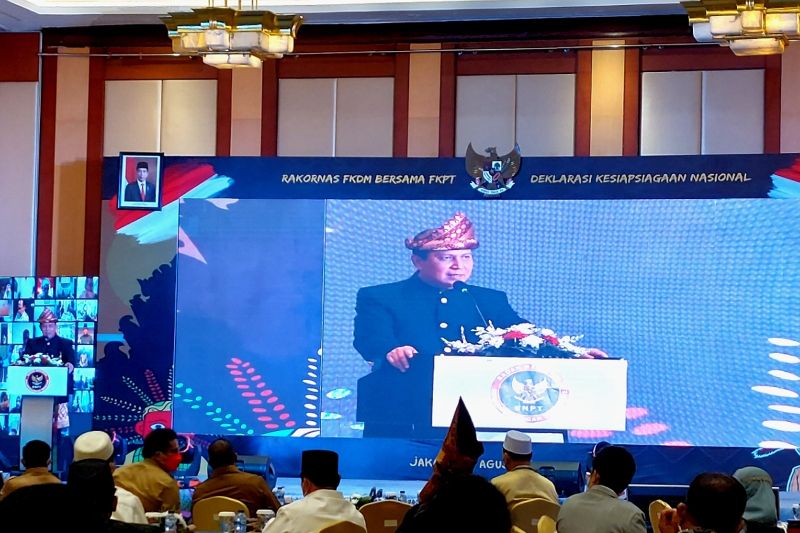 With technology developing even more every year, more and more people are using social media, and the threats of intolerance, radicalism and terrorism have increased along with the progress.

This phenomenon has been used by terrorist groups for their interests, such as tricking others into agreeing with them through radicalism masquerading as religious notions and gaining new members through swearing on line. Their intellectual actors understood that intolerance and radicalism gave way to terrorism.

Notice the difference between Al-Qaeda – built by wealthy Saudi man Osama bin Laden in the 80s – and ISIS – the Iraqi-Syrian Islamic State founded by Abu Bakar al-Baghdadi in Mosul, Iraq in 2014 – as to their methods of disseminating their radical and terrorist conceptions.

Al-Qaeda grew in a rather conventional and limited way, as it recruited members through face-to-face recruitment. However, ISIS was very different. Its spread was massive and many were within reach. Its reach has transcended countries, gender and age, especially Millennials and Generation Z. The point to note is that the movement emerged with the development of digital information and the growth in the number of users social media.

Often we read or see information about a teenager from a country, who painfully flies to Iraq or Syria to join the Islamic State. They found out about the terrorist organization from social media platforms.

ISIS operatives refused to be called terrorists and instead wanted to be called “mujahideen”. They used religious terms to mask their radical intentions. These people came from countries in Asia, Europe, the Americas and even Indonesia, where many individuals of the productive age group were often found.

Two cases that surfaced recently showed that Millennials and Gen Z have been becoming targets lately.

The Makassar Cathedral bombing on Sunday, March 28, 2021 was carried out by Lukman and Dewi, a couple born in 1995, or in other words, Generation Z.

Another shocking case arose in 2021 when a woman, named Zakiah Aini, was allegedly brainwashed through virtual means, leading her to become a lone wolf and attack National Police Headquarters on Wednesday, March 30. She was born in 1995 and also a member of Generation Z.

Their path to terrorism was different. Lukman and Dewi were affiliated with Jamaah Ansharut Daulah (JAD), centered in the Philippines. Ainini, on the other hand, was suspected of being part of the Islamic State.

The stories of challenges were told by the head of the National Counter Terrorism Agency, Commissioner General Boy Rafli Amar in Jakarta on August 2, 2022 ahead of the national preparedness declaration.

He noted that these ideologies, which promote violence and anti-human values, are akin to a virus as they spread rampantly.

In the face of these challenges, the agency has made continuous and relentless efforts, including collaborating with its stakeholders, such as religious organizations, religious figures and universities.

The fight against the virus was everyone’s fight, and it was not just the work of the agency or the counterterrorism task force 88. Collaboration was therefore a strategic measure.

Officials from the Office of National and Political Unity from 34 provinces were also present at the event.

There was also a national dialogue involving several speakers, including Father Antonius, a member of the special staff of the Chairman of the Steering Committee of the Pancasila Ideology Development Agency, Head of the Anti-Terrorist Special Detachment 88 to the Inspector General of National Police Marthinus Hukom, and Director of Prevention at the National Counter-Terrorism Agency Police Brigadier General R. Ahmad Nurwakhid.

National preparedness, as one of the terrorism prevention strategies, has been carried out by encouraging community groups and organizations to actively contribute to the prevention of terrorism. It was also a precautionary measure to reduce the risk of radicalism and terrorism, especially towards young people.

The question is, why are Millennials and Gen Z targeted by terrorists to join their groups?

Amar drew attention to two factors, the first being their age, especially Gen Z members. were therefore easy to indoctrinate. .

The second factor was the immense global influence in an era of advancements in digital technology in addition to the heavy use of social media currently.

Indonesia is estimated to have 202 million internet users out of a total population of 270 million, and 80% of them have various social media accounts. Of all social media users, 60% were young, or millennials and Gen Z.

In the wake of exposure to the relentless flow of information from social media, it needs to be countered by improving literacy as well as increasing public awareness and involvement in building national resilience which included various aspects, such as ideology, politics, economy, socio-culture, defense and security.

Intolerance, radicalism and terrorism were transnational threats in the form of ideologies, crimes against the constitution of the state and Pancasila, as a state ideology.

Indonesia had its own identity. However, challenges continue to arise due to global relationships that are replete with diverse international, domestic and national interests.

Indonesian values ​​have proven to be strong although they are sometimes forgotten. There are over 1,300 tribes, 600 native languages ​​spoken, legalized religions and sects, all of which can be found from Sabang to Marauke as a form of wealth born from Pancasila.

However, the rapid influence of globalization has caused some citizens to abandon the noble national ideology of Pancasila which promotes peace.

He said the COVID-19 pandemic has been managed through widespread and effective use of vaccines. In the same way, the virus of intolerance, radicalism and terrorism must also be fought with its own vaccine, that is, by improving the national consensus on the four national pillars: Pancasila, the Constitution of 1945, the Republic of Indonesia and Bhinneka Tunggal. Ika.

According to Hukom, there were several important points regarding a paradigm shift in the treatment of terrorists and former convicts of terrorism.

Another effort to change this paradigm was to change their perspective and beliefs that were within the authority of Task Force 88 in the arrest and detention process. It would therefore not simply be a question of imprisoning them in the flesh. The measure had become the basis for the formation of the “200 Day Islamic Boarding School” program.

According to Law Number 5 of 2018, the Anti-Terrorism Special Detachment 88 was mandated to arrest and detain for 14 days and this period can be extended by seven days, and the investigation process lasted 200 days. Thus, the “200-day Islamic Boarding School” program was born to pursue religious moderation by changing their mindset.

Under the 200 Day Islamic Boarding School program, new values ​​would be imparted to them to crush the violent doctrine they received as terrorist members, Hukom said.

Special Detachment 88 personnel were also instructed to treat former special prisoners and their families well. For example, they were ordered to celebrate the release of former terrorism convicts with a party involving the neighborhood chief and local community leaders, as it was intended to make them feel welcome.

The measures of the detachment have sometimes been ridiculed and protested by some people despite good intentions. It was not only for humanity but also to maintain contact, so that the officers could continue to communicate with them to prevent them from falling back into their old ways.

The efforts of the agency and the detachment to change the paradigm have been quite effective in helping former convicts of terrorism and their families, both against the seeds of radicalism and against the psychological trauma of social punishment.

For example, they managed to have a child of a terrorist accepted into his community. The child was previously always dark, ostracized and unwilling to socialize.

The paradigm shift has offered a new ray of hope to former terrorism convicts that they can once again be accepted as children of the nation, despite having previously lost their way based on an anti-terrorism perspective. humanist.

Nurwakhid said that compared to other countries – particularly Iraq, Afghanistan and Syria – Indonesia could be considered to have succeeded in providing state security against radicalism and terrorism.

A parallel could be drawn between Indonesia and the angklung, the West Javan instrument with varying sizes as a whole. A symbol of the nation’s diversity. Although the scales of each angklung instrument differed, they could produce beautiful notes when played together in harmony.