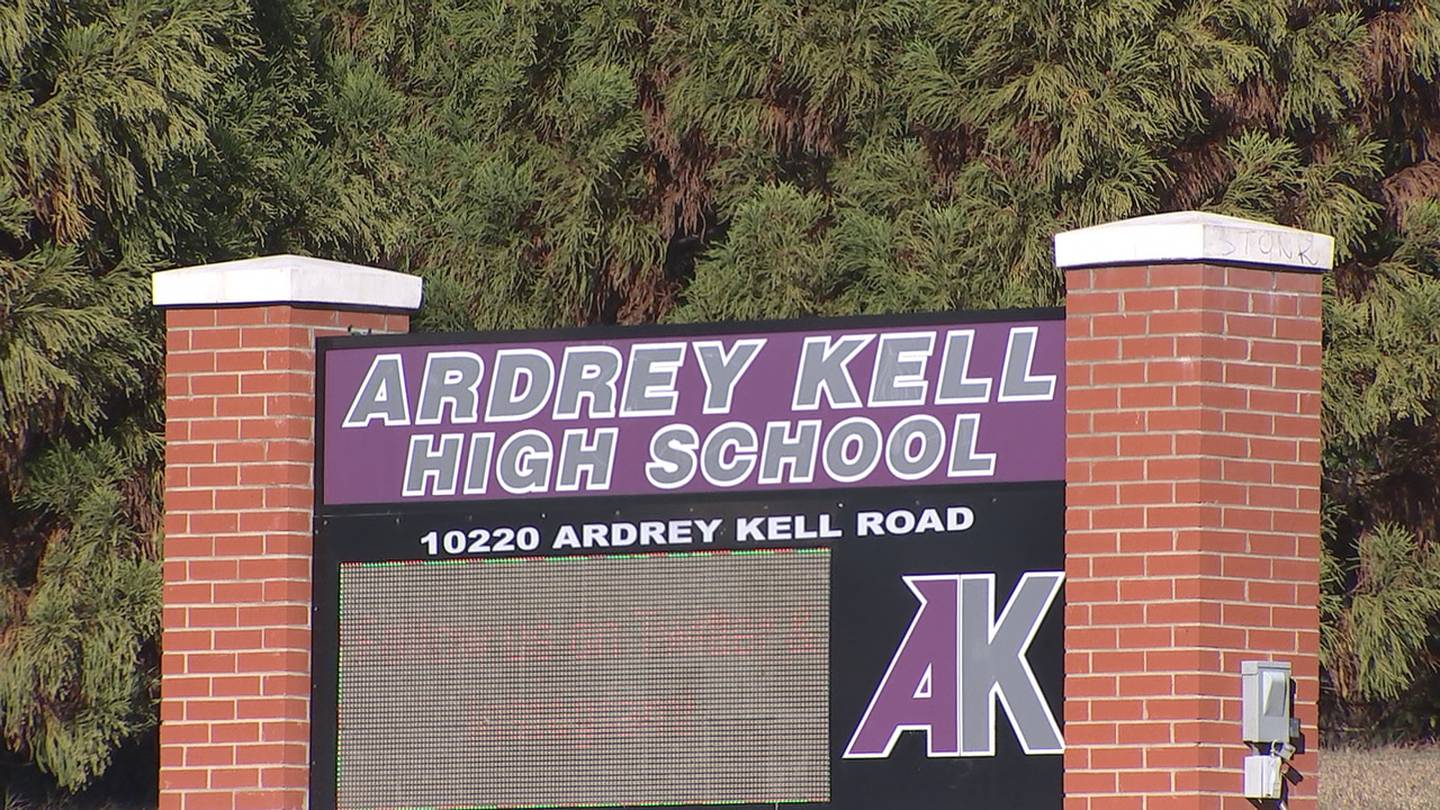 CHARLOTTE – After a division incident at Ardrey Kell High School earlier this week, Channel 9 asks if the school is ready to deal with the hurt students can feel and the difficult conversations that can follow.

[Precautions in place after threat made at Ardrey Kell High School]

On Tuesday, racist and offensive graffiti was found on a wall inside one of the school’s bathrooms. Channel 9 confirmed that Principal Jamie Brooks sent a message to the students and their families the next day:

â€œThis is Principal Jamie Brooks with an important message. Yesterday offensive graffiti was found on the washroom wall at the end of the school day. It was promptly reported and removed, and I began a full investigation The responsible person has been identified and will be sanctioned in accordance with the CMS Code of Conduct Thank you for your continued support to Ardrey Kell.

This was not the first high school division incident. In 2020, someone vandalized the spiritual rock that was decorated with “Black Lives Matter” messages. In 2019, a basketball player was suspended for using a racial insult against an opponent. CMS eventually removed the main one.

Channel 9 reporter Susanna Black spoke to Mary-Frances Winters, Founder and President of Winters Group Inc. The group is a diversity, equity and inclusion consultancy that works directly with CMS directors. She said incidents like graffiti can be traumatic for students.

â€œIt can be extremely harmful and traumatic for years to come,â€ Winters explained. â€œI was called the n word for the first time when I was five years old. You can look at me and say it’s been a long time since I turned five, but I remember this incident like it was yesterday.

Winters said she trains directors and leaders on the cultural and other skills they need to understand differences, so they can view them with curiosity rather than judgment. Her training also focuses on bringing empathy to conversations with those who feel hurt or threatened, and how to thoughtfully approach the students responsible for the act.

â€œA lot of times we’re just punishing,â€ Winters said. â€œWe just say, ‘You’re kicked out. But what’s the lesson and how do we then work with these students who do these things to say, “What’s going on with you that you are acting this way?” “”

Winters added that she had worked directly with Director Brooks and felt ready to deal with the difficult feelings and conversations that inevitably follow incidents like graffiti.

â€œNot only has she taken what we offer, but she’s also been through the racial institute and is continuously growing and learning,â€ Winters said. “Even in a school like this where she sets expectations, where she promotes learning and education, there are always incidents of graffitiâ€¦ so it’s just an ongoing process.”

Channel 9 asked CMS if they have a diversity and inclusion training program for students. As of the date of this report, we have not received a response.

(Watch the video below: the player wears the â€œBlue Lives Matterâ€ flag on the Ardrey Kell HS field)