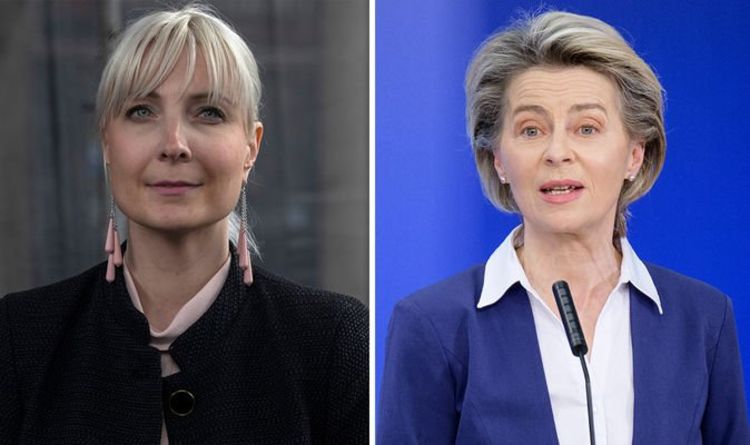 Earlier this month, sixteen European right-wing populist parties, including several in government, joined forces in an attempt to change the political stance of the EU. The parties who signed the declaration are the Fidesz of Hungarian Prime Minister Viktor Orbán, the Polish government Law and Justice, the Finnish Party of Finns, the French National Rally led by Marine Le Pen, the Austrian Freedom Party, the Spanish Vox and the Italian League and Brothers of Italy led by Matteo Salvini and Giorgia Meloni respectively. The signatories come from different political families who have often found it difficult to work together.

Some have suggested that this was a step towards forming a unique group.

However, MPs and officials told POLITICO that a single faction in the European Parliament was not on the cards any time soon.

The parties wrote: “The EU is increasingly becoming a tool of radical forces who would like to effect a cultural, religious transformation and ultimately a nationless construction of Europe, aimed at creating… a European superstate.

“European nations should be founded on tradition, respect for the culture and history of European states, respect for Europe’s Judeo-Christian heritage and the common values ​​that unite our nations.

“We reaffirm our conviction that the family is the basic unit of our nations. At a time when Europe faces a severe demographic crisis with low birth rates and an aging population, pro-family policy making should be a response rather than mass immigration. “

They called for a reform of the EU with “an inviolable set of competences of the Member States of the European Union, and an appropriate mechanism for their protection with the participation of national constitutional courts or equivalent bodies”.

Working together in a multi-stakeholder group to reform the European club is something that European politicians have been trying to do for years.

In 2018, Finnish MEP Laura Huhtasaari, who represents Finland’s right-wing party in the assembly, argued that “patriotic parties” had to “unite” in order to start “tearing the EU apart”.

JUST IN: City of London could team up with Amsterdam to take on EU

However, all countries had to ratify a decision to increase the ceiling on national contributions to the EU budget for the plan to move forward.

The Constitutional Committee of the Finnish Parliament announced at the end of April that two-thirds of the Assembly should support the legal changes of the EU.

It immediately became uncertain whether a majority could be achieved as fifty MPs, including 38 representatives of Finland’s Eurosceptic Party, said they would have voted against the plan.

After weeks of delay, however, a number of opposition lawmakers ended up voting with the government, giving it the qualified majority required to pass the deal.

Bodies That Matter “explores the in-between of genres” through photography