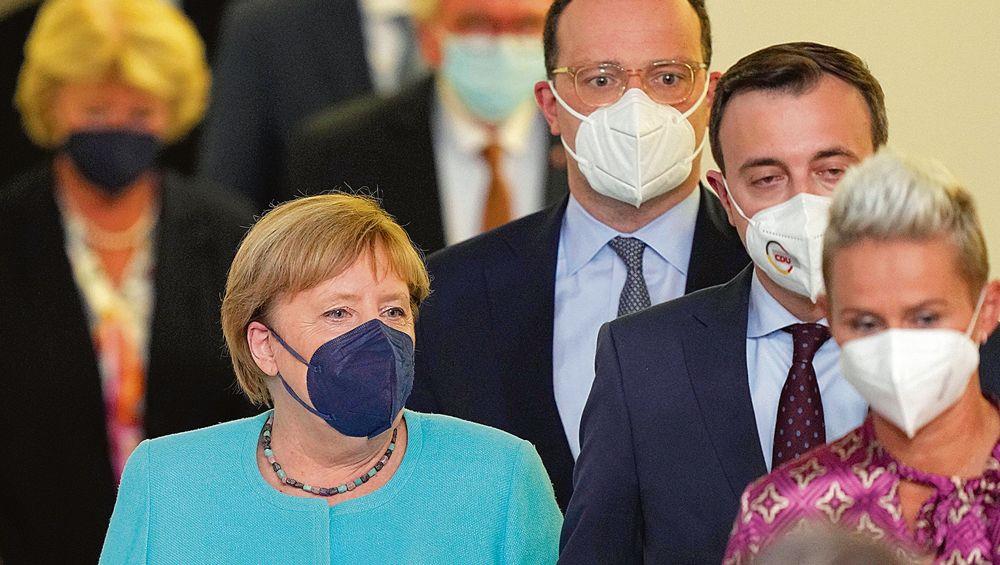 The latest report from the United Nations Intergovernmental Panel on Climate Change that our planet is facing a climate emergency as well as the lived experiences of people around the world facing the consequences of a climate catastrophe in the form flash floods, devastating forest fires, droughts and extreme weather conditions are drawing more and more people, especially the younger generation, towards the vision of green policy. Added to these environmental disasters are the socio-economic inequalities that have arisen in advanced capitalist economies as a result of pro-rich neoliberal economic policies that became hegemonic in the 1990s but suffered a certain shock after the 2008 global financial crisis. These socio-economic inequalities discredit the paradigm of neoliberal economic policy and make socialist and social democratic policies more meaningful and relevant. The fact that relatively low-income groups and ethnic minorities suffered more from death and disease during the Covid-19 pandemic further highlighted the unfair implications of neoliberal free market economic policies.

The paradigm shift of neoliberal politics gained recognition around the world with the defeat of Republican Donald Trump in the US presidential election and the victory of Democrat Joe Biden, supported by environmental and left groups led by Bernie Sanders . It is now in Europe and to a large extent in Latin America, notably in Peru recently, and in Argentina, Mexico, Bolivia and Venezuela earlier, that the rise of the Greens and the Left is most visible.

This change took place most recently in Germany, the largest and most economically powerful country in Europe. After 16 years of rule by the right-wing Christian Democratic Union (CDU) led by Angela Merkel in coalition with her sister party Christian Social Union (CSU) in the Bavarian region, recent election results indicate that the Germany will now be led by a coalition led by the Social Democratic Party (SDP), in alliance with the Green Party, and possibly with the pro-market Free Democrats and the Marxist left Die Linke. The three most interesting aspects of this electoral result are: one, the Green Party has become the third largest party after the SDP and the CDU; second, it obtained the highest vote ever recorded (14.8%) and third, it attracted the highest share of the vote among young voters (under 30). According to the Forschungsgruppe Wahlen exit poll, the Green Party received the most youth votes (22%, an increase of 11% from the last time in 2017) followed by the Free Democrats (20%, increase of 7 %), SPD (17%, down 2%), CDU / CSU (11%, down 13%), AfD anti-immigration (Alternative for Germany; 8%, down 3%) and Die Linke ( 8%, decrease of 3%). The devastating floods in July and the UN report on climate change raised the issue of the environment as a major issue during the elections. The environment being at the heart of Green Party policy has raised the electoral profile and the prospects of the party. Encouraged by this change in national mood, the Greens decided for the first time to nominate a candidate (Annalena Baerbock) for election to the post of chancellor, Germany’s highest political office. In the first phase of the election campaign, opinion polls showed the Green Party to be the most likely winner in the race for chancellor, but subsequently the traditional and better-endowed parties (CDU and SPD) have exceeded this first advance of the Greens. However, it left a mark on the national consciousness that the Green Party could one day be the ruling party. A result of the referendum in Berlin as well as the German national elections suggest the further strengthening of far-reaching radical tendencies. The referendum on the expropriation of homes from mega-owners with more than 3,000 units to increase the affordable housing stock was a resounding victory.

Equally significant, from the point of view of European political trends, is the result of the September elections in Norway, one of the richest countries in the world with a per capita income higher than that of the United States. During the elections in Norway as in Germany, climate concerns and rising economic inequalities became the main issues. The environmental issue has been of particular importance in Norway, as the country is the largest oil producer in Western Europe and the future of the oil industry looks precarious as the world becomes more aware of oil, as well. than coal and gas, as the main contributors to global development. heating. A loose red-green coalition made up of the Labor Party, the Socialist Left, the Center Party (the Farmers’ Party), the Red Party (Marxists) and the Green Party defeated the right-wing Conservative Party. It is now for the first time after World War II that all the Nordic countries – Norway, Denmark, Sweden, Finland and Iceland – have center-left governments.

In August, neighboring Scotland in the Nordic countries saw the Green Party join the government led by the Scottish National Party. Both parties support the movement for Scottish independence from the United Kingdom, but the Green Party’s membership in the government has given new meaning to the independence movement, with an independent Scotland projected as moving towards a just and sustainable country different from England which is seen as dominated by right-wing political parties.

The developments we have briefly examined in the West, with a brief mention of Latin America, suggest that environmental challenges and economic inequalities are likely to gain importance in shaping global political trends.