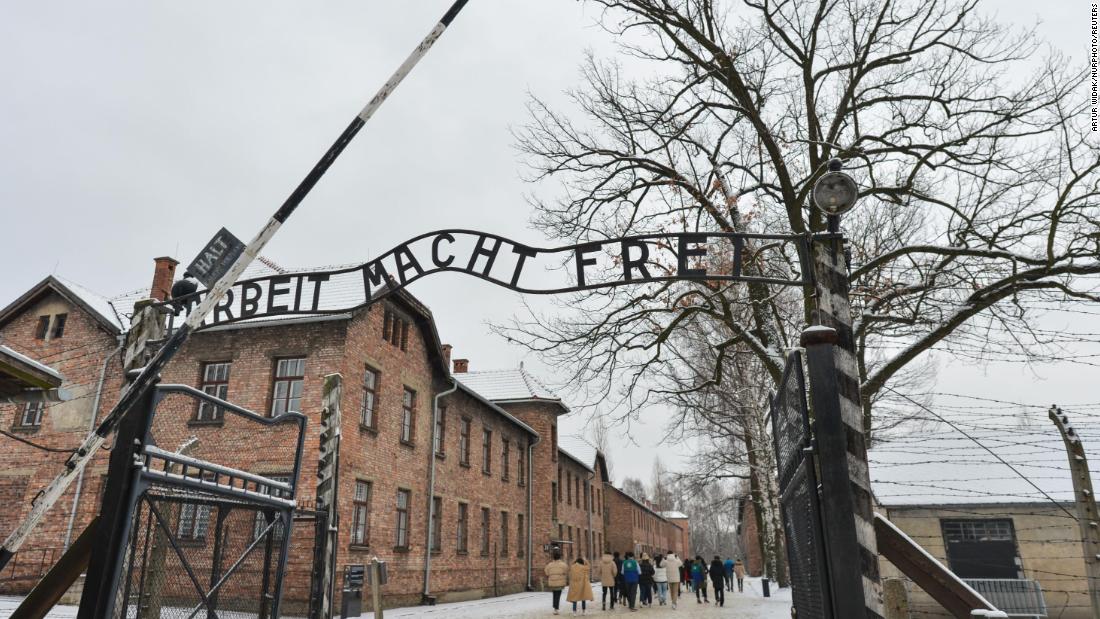 By Calvin M. Roa Last updated Jan 25, 2022
Share
(CNN) — A Dutch tourist was detained by police and fined in Poland after giving a Nazi salute at the gate of the former Nazi concentration camp Auschwitz-Birkenau.

The 29-year-old woman was arrested on Sunday and charged with promoting Nazism, according to a local police statement released on Monday.

She gave a Nazi salute as she posed for photos taken by her husband in front of the famous gate with the inscription “Arbeit Macht Frei”, police said.

Auschwitz museum guards reported the woman and she was arrested and taken into custody. Her husband, 30, was questioned as a witness and the woman pleaded guilty to promoting Nazism, police added.

The woman told police that giving the salute was ‘just a thoughtless joke,’ a police spokesperson told CNN on Monday, confirming the tourist had been fined by the district attorney from Krakow. CNN has reached out to the district attorney’s office for clarification on what exactly the fine entails.

Under Polish law, she could have faced a prison sentence of up to two years, according to the police statement.

The Nazi salute is “associated with terrible human suffering and filled with contempt and hatred,” a spokesperson for the Auschwitz museum told CNN in a statement Monday.

“While it should not be present at all in the public space, its use on the site of the former camp is unacceptable. It is a lack of respect towards all the victims of the camp”, reads in the press release.

“We hope the immediate response from Memorial security will be a warning to anyone considering using the Memorial site as a stage for such shameful protests,” he continued.

Michael Schudrich, chief rabbi of Poland, said the museum was right to call the police.

“The least we can do to honor the memory of all those who were killed by the German Nazi regime is to have zero tolerance for fascism, hatred and xenophobia,” Schudrich told CNN. “And we can’t take that as a bad joke. Even a symbolic fine is a message for others.”

Auschwitz-Birkenau, established in Nazi-occupied Poland, was the largest concentration camp run by the Hitler regime. More than 1.1 million men, women and children were systematically murdered there, many of them in the camp’s gas chambers. Some 6 million Jews were killed in the Holocaust.

The camp complex has been turned into a museum and memorial site open to visitors.

In October, anti-Semitic graffiti was found sprayed on wooden barracks at the site in English and German. Museum staff denounced the incident as “an outrageous attack” on the memorial site.

And in August 2020, the Auschwitz memorial criticized a trend on TikTok in which young people presented themselves as Holocaust victims, saying the videos could be “hurtful and offensive”.

Banned For Life: Why Users Are Being Kicked From Tinder And Fortnite Without Explanation | United States

Twee started out as a decidedly radical subculture