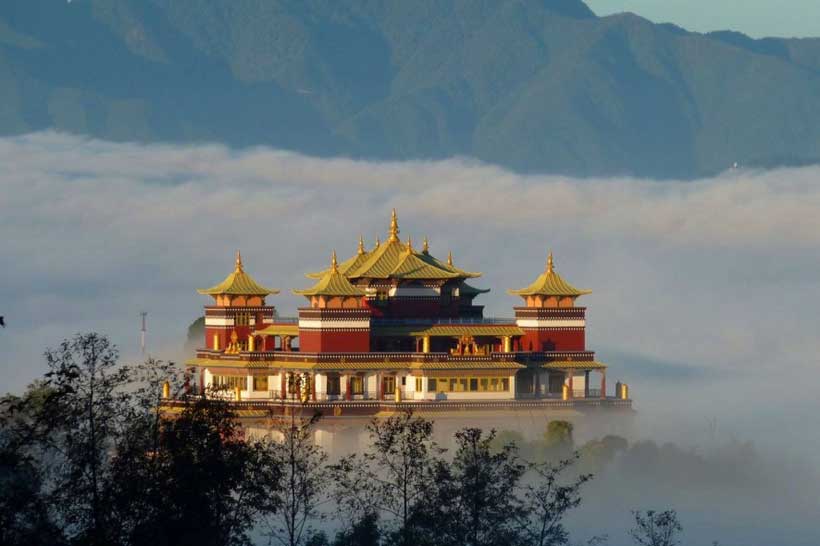 Human beings, especially macho typos, think they are independent decision makers. But, unconsciously, they are slaves to the subconscious of the scripts they have learned to live with. In his book, Scripts People live, Claude Steiner analyzes “life scenarios” that we choose from an early age and which regulate every detail of our life until our death. Steiner posits that people are naturally healthy but develop a pattern early in life based on negative or positive influences from those around them. So children decide, even subconsciously, whether they will be happy or depressed, winners or failures, STRONG or addicted, and after deciding, they spend the rest of their lives making the decision come true. For those who choose a negative scenario, the consequences can be disastrous unless they make a conscious decision to change.

Narendra Modi is such a person who through his conduct and political statements reflects that he is suffering from a negative life script. He wants to pretend to be a “prince”, although he is actually a “frog”. Modi’s recent statements give a clue to his neurological programming.

While addressing a rally in the North Goa town of Mapusa, Modi claimed that Nehru allowed Portuguese police to kill freedom fighters without offering any assistance.

He shouted, “Many people don’t know that Goa became independent 15 years after independence from India. He had to remain a slave for 15 more years. India had a strength; he had the army, a strong navy. What could have been done in hours, Congress delayed 15 years? The people of Goa continued to fight for their freedom, satyagrahis braved the bullets and continued to tolerate the atrocities, but the congressional government did not help them”.

“The country’s first prime minister, Pandit Jawaharlal Nehru, spoke from Red Fort and you can listen to his speech on YouTube. He said of the Red Fort that he could not send the army to help the satyagrahis, who were fighting and liberating Goa. It means do what you want, if you want to die, die, live if you want to live. That’s what he did ! This is how Congress treated Goa and it continues to treat it now,” he added.

Again, while launching a scathing attack on the Nehru-Gandhi dynasty, Narendra Modi criticized the Congress government for not merging Kartarpur Sahib, the final resting place of Guru Nanak Dev, into Indian territory during the partition in 1947, or after victories in later wars.

“Even during the 1965 war, Congress didn’t bother to take back the land. During the 1971 war, the government sitting in Delhi reportedly fired 90,000 Pakistani soldiers on the condition that they return the Tapobhumi of Guru Nanak Dev Ji Kartarpur Sahib Gurudwara.

“When the country was divided, the Congress people were there, didn’t they understand enough that the Tapobhoomi of Guru Nanak Dev Ji should be kept in India at a distance of 6 km from the border. The Congressmen committed a crime, crushed our feelings,” he added.

Former Indian Prime Minister Mohan Singh reminded Modi that his foreign policy was a “complete failure”: “Old friends became alienated and neighborly relations soured.” He alleged that the government was “trying to bury the issue of Chinese transgressions along the LAC”. Modi’s flawed policies had led to runaway inflation and unemployment,

Around 4,000 COVID patients continued to die every day due to lack of beds or oxygen. The poor threw the corpses of their loved ones into the holy Ganges as they could not afford expensive wood to cremate them. In a single day, 150 corpses were recovered to save them from vultures and stray dogs. There is only one electric incinerator/cremator in India at Calcutta which has not yet been operated.

Shobhaa Dea asked `What will it take for Modi to stop playing ostrich? (Chronicle of the Deccan May 15, 2021). The National Union of Students has filed an FIR against ‘disappeared’ Home Secretary Amit Shah.

Instead of facing the truth, BJP states have even prosecuted social posts on the COVID situation under India’s National Security Act. For example, journalist Kishorchandra Wangkhem and activist Erendro Leichombam were arrested by the NSA for Facebook posts that point out that cow dung or urine cannot cure COVID-19. Cow barns were found to have been used as COVID19 clinics. Oxygen and concentrators were sold at exorbitant prices. Even fire extinguisher cylinders were sold as oxygen cylinders (Fire extinguishers painted and sold as oxygen cylinders, 3 arrested, India Today May 6, 2021).

Modi’s apathy in the face of warnings

Absorbed by holding “mammoth” rallies during the National Assembly elections, Narendra Modi’s government has ignored warnings of an imminent resurgence of the COVID19 wave. For example, on May 1, Reuters published an article titled “Scientists say Indian government ignored warnings amid corona virus surge.” He claimed that some scientists from the government-appointed National Laboratory Consortium responsible for genome sequencing had “warned Indian authorities in early March that a new, more contagious variant of the corona virus was taking hold in the country”. But the government was in no mood to impose social restrictions to prevent contagion.

The Modi-Amit Shah duo were shouting ‘oey Didi’ ‘oey Didi’ (contemptuously calling Bengal’s chief minister) as the pandemic escalated to alarming proportions. On April 17, cases began to increase by more than 260,000 per day. Yet the BJP government has not truncated its campaign rallies. Instead, he applauded the massive turnout of unmasked crowds at the Asansol rally.

The Rashtraya Swayamsevak Sangh supported the Modi government in campaign rallies. Yet even she was forced to admit that neither the people nor the government cared about social distancing norms.

Modi is convinced that his electoral successes are due to his macho (strongman) image. Fearing his image will be shattered, he has delayed removing anti-farmer laws for about a year since farmers began protesting. It trumpets its “surgical strikes”, celebrates the “Kargil victory” and anti-Muslim citizenship laws.

Modi is still chained to his teenage memory of being a waiter at a tea stall. The Modi government should turn a new page in India’s relations with its neighbors by avoiding the strongman image. He could do better by looking after the economic welfare of the masses and promoting social harmony.