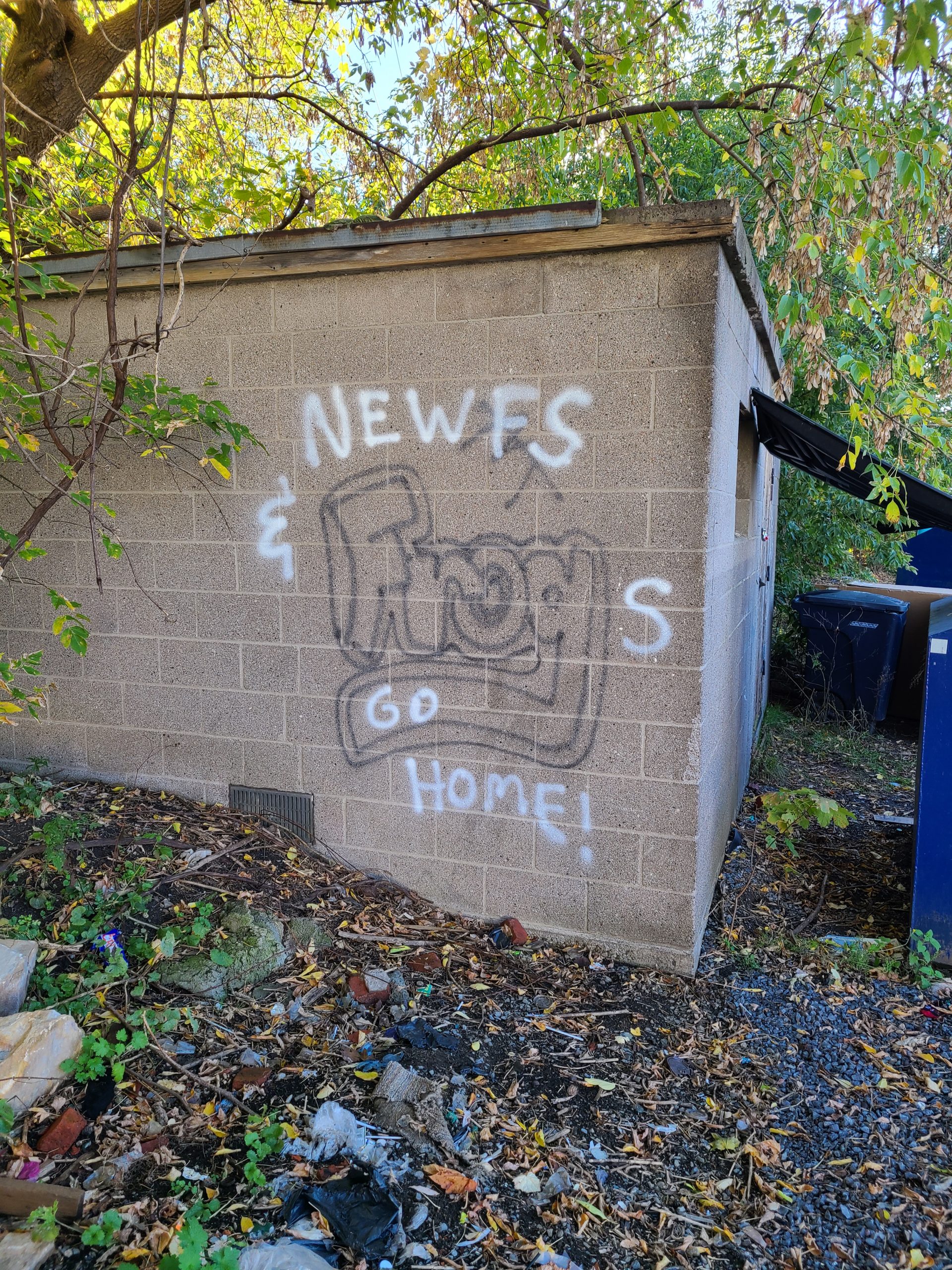 Residents of Kingston and Gananoque from Quebec or Newfoundland and Labrador may have had some troubling experiences of late as many disturbing cases of targeted hate graffiti have been spotted in various parks, bridges, apartments. and bathrooms in frequently used areas within these municipalities.

While offensive written public expressions are unfortunately not uncommon in the region, what sets these examples apart from the more common vandalism is that they seem to specifically target residents of French and Newfoundland descent, perhaps making hints at a bizarre increase in xenophobia for these groups. historically marginalized by the rest of Canada.

While some initially seemed confused by the label “frog” used in graffiti, the history of the epithet’s use as a derogatory term for French Canadians and their French ancestors is rather rich in history. Some say it is a stereotypical reference to the consumption of frog legs in France, while others cite that it was a label used by both Versaillese and Parisians as a reference. to each other in tandem during the 19e century. Montreal blogger Matthew Barlow also highlights the use of the term offensive in his writing. History aside, the label is now considered universally offensive when used to denote a person of French descent.

“It’s disgusting,” commented Quebecer Elodie Bergeron, after seeing one of the graffiti images in Kingston depicting French Canadians as “frogs”. “There are enough divisions in today’s climate already and they want to sow more, depending on what? Be from Quebec? Be Newfoundlanders? We deserve more respect than that – much more.

In some ways, Newfoundlanders are used to discrimination in mainland Canada, particularly in blue collar work environments, where they are often plagued by stereotypical ‘Newfie jokes’, which hatefully portray people from. the province as unintelligent, exploitative, lazy, and promiscuous. These viral mockeries were popularized throughout North America shortly after the confederation of Newfoundland and Labrador as Canada’s tenth province in 1949, along with the term “Newfie” – which was coined as a derogatory insult to Newfoundlanders by US military personnel stationed in Newfoundland during World War II. The term has since been partially reclaimed as a term of affection in the province, but for many Islanders, “Newfie” and “Newf” are still offensive slurs when used in a negative connotation by mainlanders.

Shelby Ryan, a former resident of Ontario and Kingston, also opened up about the graffiti, saying that although she had not experienced any noticeable discrimination because she was a Newfoundlander in Ontario, her family members had already seen such xenophobic graffiti before and had suffered similar attitudes of hatred and exclusion.

“I always thought that kind of attitude towards us [Newfoundlanders] passed away in the 1980s. It’s strange and somewhat alarming to see him now. My family has often said that on job boards you are not referred to by your name; they just call you “Newfie” and give you the crappiest jobs on the site. You don’t want to stir the pot and complain about it. My Pop did, at the time. When the boys told him to go back to Newfoundland, he told his colleagues, “I’m Canadian, get over this – we had to! ‘ And I thought it was hilarious, ”Ryan said on social media.

While Kingston Police could not be reached for comment at the time of this article’s publication, examples of hateful graffiti were reportedly spray painted or marked with marker at locations in Lake Ontario Park, Tim Hortons on Division Street, Bell Tower Apartments in Gananoque and inside the restrooms at Queen’s University – among other possible areas that have yet to be confirmed.

Queen’s University principal Patrick Deane said he was unaware of the existence of alleged hate graffiti on the university campus, but clarified that such incidents violate the code of conduct of the Queen’s University.

“I’m sure there are people at the university who are aware of this, who have watched it and who need to take action. I’ll find out, and I mean – what I can say is that this is the kind of thing that is completely in violation of a number of our policies. And any activity that spreads hatred or disrespects members of the community is something we will not accept, ”Deane said.

Although Kingston Police have not responded to formal requests for comment on this, they have suggested that residents who see hate speech or derogatory language in the graffiti should report these cases to police for further investigation. .