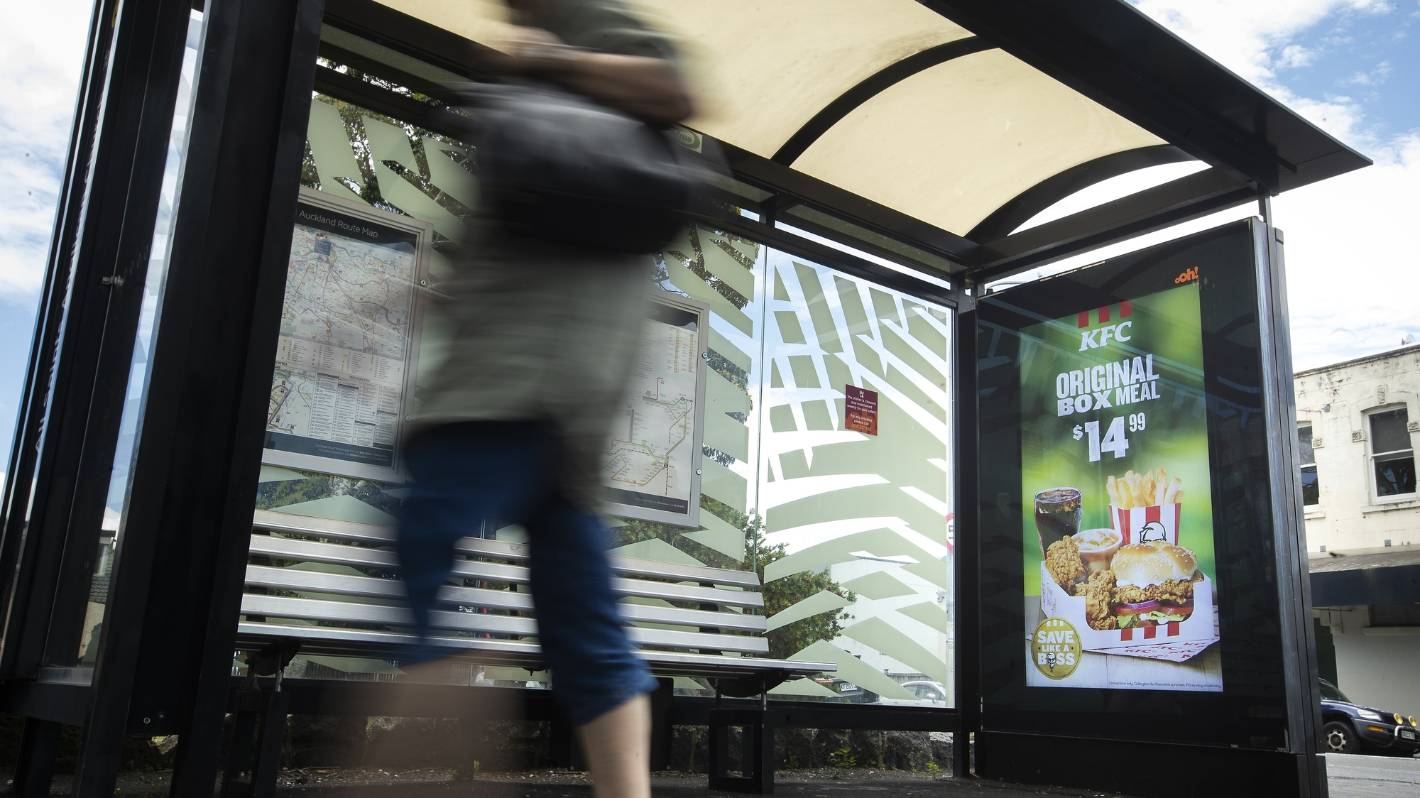 Health groups are calling on the government to take action against rising childhood obesity rates by regulating the marketing of junk food targeting children.

The advertising industry is self-regulated by the Advertising Standards Authority (ASA), with the marketing of junk food to children falling under the agency’s Voluntary Code of Advertising to Children and Young People, which must do subject to a five-year review.

Health groups are boycotting the submission process to protest a system they say fails to protect children from junk food advertising and contributes to rising childhood obesity rates in New Zealand.

They wrote to ministers of health and associates urging the government to tackle childhood obesity and poor nutrition by regulating the marketing of junk food and implementing a series of recommended policies.

READ MORE:
* Bad Business: The Economics of Obesity
* The government’s ‘studious neglect’ of obesity puts us among the worst in the OECD – nutrition experts

Associate Health Minister Peeni Henare said the Department of Health had provided him with advice on the marketing of food to children, and he was considering it.

The Department of Health says obese children are more likely to be obese as adults, and New Zealand has the second highest childhood obesity rate and the third highest adult obesity rate of the OECD, with increasing rates.

One in three New Zealanders over the age of 15 is classified as obese.

Among those boycotting the exam are the health advocacy group Health Coalition Aotearoa and its members, which includes non-governmental health organizations, such as health care providers, health charities, medical organizations and health professionals and academic leaders.

Coalition chairman Boyd Swinburn says the code does not prevent or restrict the marketing of junk food to children and is full of loopholes.

Swinburn says the ASA has not adopted the meaningful recommendations the coalition submitted the last time the code was revised.

“Code isn’t worth the paper it’s written on,” says Swinburn.

It is “totally inappropriate” for the ASA to be responsible for regulating junk food advertising, and the responsibility should instead lie with the government, he says.

“They’re just too conflicted to do a decent job.”

The government has done little to stop rising childhood obesity rates – a problem that has worsened during the pandemic with junk food vendors “in overdrive” trying to sell their wares, he says.

“We have to restrict it now. Currently, there are no government regulations on marketing to children.

“It’s an abdication of government responsibility.”

He says allowing the advertising industry to self-regulate is “like asking the fox to guard the henhouse.”

Henare says he is concerned about childhood obesity.

“This is a complex issue and action needs to be taken in a variety of areas, including child poverty, healthy eating and physical activity.

He says the World Health Organization has found that advertising and other forms of marketing aimed at children are widespread and influence children’s food preferences, purchase requests and eating habits.

A lot of that marketing is for foods high in fat, salt and sugar, he says.

“We have an obesity pandemic in New Zealand,” Chamberlain says.

With greater regulation of the junk food and beverage industry, obesity rates and incidents of associated illnesses can be expected to decline over time, he says.

“Industry self-regulation, such as that of the ASA, seems unlikely to result in greater restrictions on the marketing of junk food to children.”

A better and more cost-effective course of action would be to create legislation that protects children and helps them get a good start in life, he says.

Advertising Standards Authority chief executive Hilary Souter said she was unaware of the boycott, but similar action was taken in 2019 when its alcohol advertising code was revised.

She says there are dozens of laws that regulate advertising, such as the Fair Trading Act, plus the ASA codes.

Last year, of 1,245 advertising complaints to the ASA, four fell under the Code for Advertising to Children and Young People, one of which was upheld, she says.

The more submissions he gets on the code, the better, and people who choose not to engage in the consultation process “are a bit of a disappointment,” she says.

Often, bidders raise issues that fall outside the ASA’s purview, for example, that the government should be the regulator, not the ASA, she says.

“The ASA can’t make decisions about what the government should or shouldn’t do,” Souter said.

“ASA is a voluntary organization with voluntary codes. We cannot force anyone to do anything.

She says there’s no point in the ASA writing code that the industry won’t engage with.

“We don’t have a big stick behind us. We can’t lock people up.

The ASA can ask advertisers to remove ads, and for some advertisers this comes at a significant financial and reputational cost, but it cannot issue fines, she says.

She says it’s not up to her to say whether it’s a good or bad idea for the government to take over regulation.

“If the government decides to pass a law on advertising for children and young people, the ASA will also work in parallel.”

She says the ASA’s average complaint handling time was one month, and she’s not sure a government regulator can operate within that time.

She says this is the fourth or fifth review of the children’s code she has been involved in.

“Certainly, the rules have become more and more strict at this time.”

A 2022 report on unhealthy food and drink marketing in New Zealand states that for every advertising dollar spent by the food and drink industry, $17 in revenue is generated.

It indicates that there is a long-term societal cost to allowing the continued marketing of unhealthy foods and drinks.

Direct health care costs related to excess weight are estimated at $2 billion per year. Indirect costs, which measure lost productivity and reduced gross domestic product, are estimated at at least $2 billion, but could be as high as $9 billion a year, the report said.

It says Maori children are exposed to around twice as much unhealthy food and drink marketing as non-Maori, which is an example of the government’s failure to uphold the Treaty of Waitangi.

According to Kelly Garton, a researcher at the University of Auckland, New Zealand children are heavily exposed to junk food advertising on social media, in sports and on television.

Research shows that 85% of the company’s Facebook posts and YouTube videos featuring food or drink were unhealthy, she says.

The most recent New Zealand research conducted in 2018 found that children are exposed to an average of 9.5 unhealthy food advertisements for every hour of television they watch on weekdays.

She says the ASA is not entirely ineffective in protecting children from junk food advertising and that some companies will voluntarily comply with the code.

But companies that want to continue advertising to children will find ways around the code, she says.

The existing code focuses on children under 14, which is too narrow a definition of a child and the age should be raised, she said.

Mike Lee, associate professor of marketing at the University of Auckland, says self-regulation allows the advertising industry to do the minimum required without the risk of external regulation.

One could argue that if self-regulation worked, obesity rates wouldn’t increase, he says.

“Clearly something is going on in the environment that hasn’t stopped this rise in obesity.”

He says advertisers and junk food manufacturers would prefer self-regulation to external regulation because they know the status quo is effective in guiding consumer behavior.

The ASA was created by the advertising industry which had existing cooperative relationships with junk food manufacturers, whereas a government regulator would have “much fewer conflicts of interest”, he says.

The cost of a government regulator would have to be covered by taxpayers, but taxpayers were already paying for the healthcare costs associated with New Zealand’s high obesity rates.

“Either way, taxpayers have to pay for it at some point.”