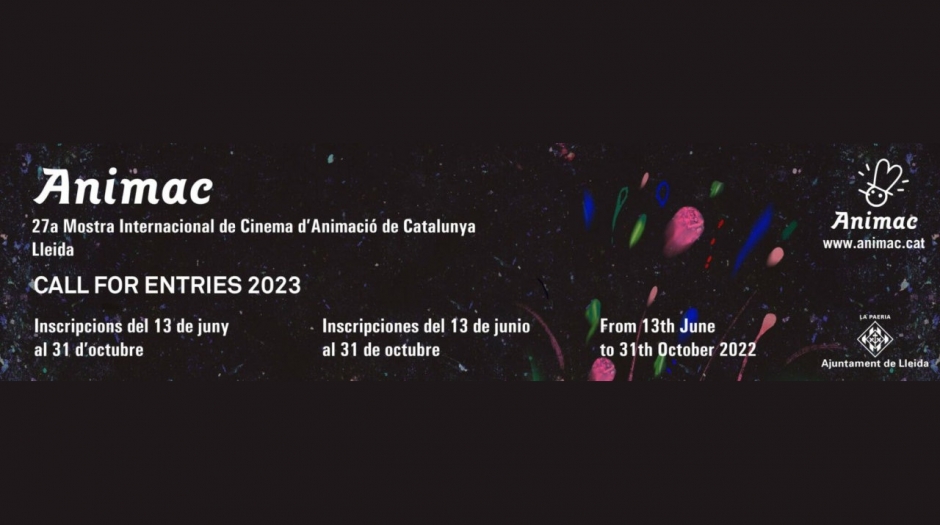 Animac International Animation Film Festival of Catalonia, February 23-26, 2023 in Lleida, Spain, has announced its call for applications. The non-profit cultural event is organized by the City Council of Lleida and supported by the Department of Culture of the Government of Catalonia and other public and private bodies.

Created in 1996, Animac is well known for its audiovisual events organized in Spain. Today, the dynamic event welcomes animation enthusiasts and seeks to generate new audiences to support and appreciate the medium.

The non-competitive exhibition targets artists who use animation for self-expression and push the boundaries of traditional storytelling. He seeks visionaries whose work pushes his expressive potential to the limit.

The call for applications covers three prizes, the winners of which are selected by the public:

Submissions are accepted via the online entry form here. Rules for registration and submission are available here.

The submission deadline is October 31, with selected films being posted on the event website on January 20, 2023.

Decades before John F. Kennedy, another president’s death was shrouded in mystery