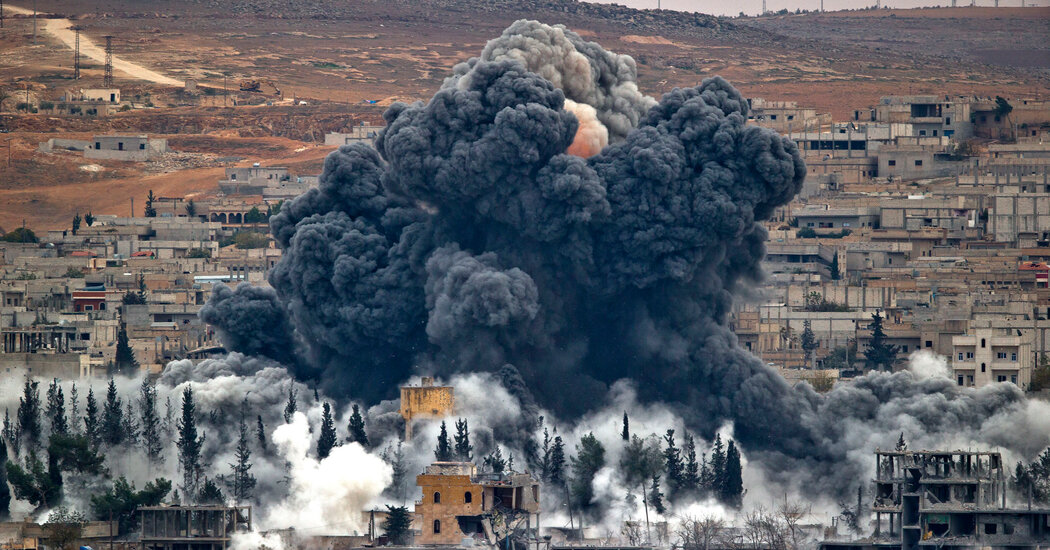 When presented with the Times findings, several current and former senior special operations officers denied any widespread tendency towards reckless air strikes by the strike cell and in defiance of limiting civilian casualties. Captain Bill Urban, spokesperson for the Army Central Command, which oversees operations in Syria, declined to comment.

As the bad strikes escalated, the four military officials said, Talon Anvil’s partners have sounded the alarm bells. Pilots over Syria sometimes refused to drop bombs because Talon Anvil wanted to hit questionable targets in densely populated areas. Senior CIA officers have complained to special operations chiefs about the disturbing pattern of the strikes. Air Force intelligence teams argued with Talon Anvil over a secure phone known as the hotline. And even within Talon Anvil, some members at times refused to participate in strikes targeting people who did not appear to be in the fight.

The four officials worked in different parts of the war effort, but all interacted directly with Talon Anvil on hundreds of strikes and quickly became concerned with how it worked. They reported what they saw to immediate superiors and the command overseeing the air warfare, but say they were ignored.

The former Air Force intelligence officer, who worked almost daily on missions from 2016 to 2018, said he repeatedly informed the region’s main Air Force operations center of civilian casualties, including after a strike in March 2017 when Talon Anvil dropped a 500-pounder. bomb on a building where fifty people were sheltering. But he said leaders appeared reluctant to examine a strike cell that was leading the offensive on the battlefield.

Every year the strike cell has operated, the rate of civilian casualties in Syria has increased dramatically, according to Larry Lewis, a former Pentagon and State Department adviser who was one of the authors of a Department of State report. Defense 2018 on damage to civilians. Mr Lewis, who looked at the Pentagon’s classified data on civilian casualties in Syria, said the rate was 10 times that of similar operations he had tracked in Afghanistan.

â€œIt was a lot higher than I expected from a US unit,â€ Lewis said. â€œThe fact that it has increased dramatically and steadily over a period of several years shocked me. “

Mr Lewis said commanders allowed the tactic by failing to stress the importance of reducing civilian casualties, and that General Stephen J. Townsend, who commanded the offensive against Islamic State in 2016 and 2017, scorned widespread reports from media and human rights organizations describing the growing toll.

From “black swan” to “green swan” in eco-politics