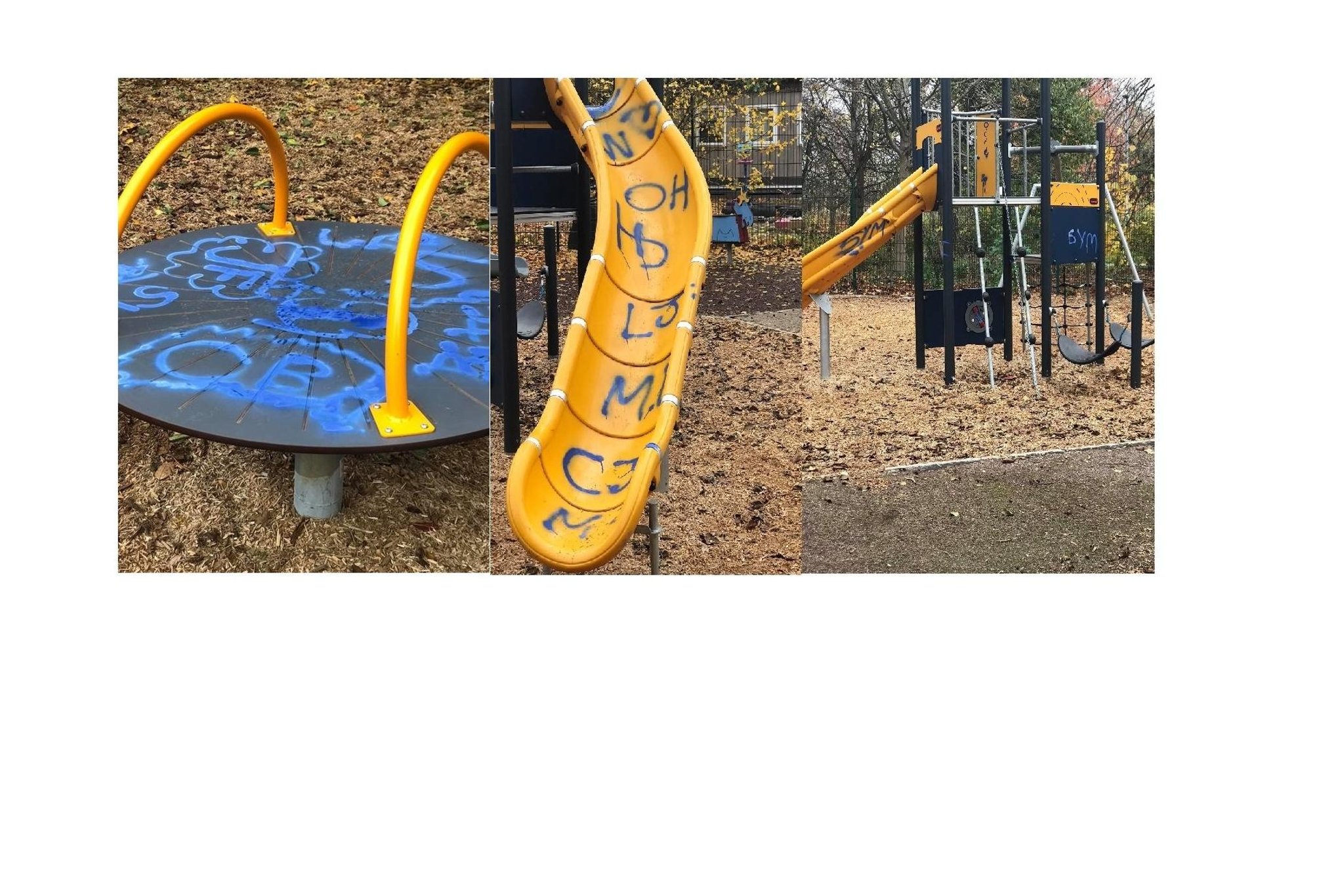 Anger as Peterborough Park is vandalized

Orton Wistow Park was hit with graffiti spraying yobs over the weekend.

Vandals used blue spray paint to cover swings and slides with initials and other offensive markings.

As the mess was cleaned up by Peterborough City Council on Monday morning,

Register now to our daily newsletter

Newsletter cut through the noise

Orton Waterville advisor Kirsty Knight said; “I received a report from a resident on Monday morning about this, saying the park had been vandalized. “The park was only built this year and opened in the summer – it’s so sad to see.

“Everyone who saw him was so devastated.”

Cllr Knight called the council to have the paint cleaned on Monday morning, with workers arriving later today.

She said; “The advice has been excellent. They went out almost immediately to wash off the graffiti. If they hadn’t, the park probably should have been closed, because of some of the things that got sprayed.

“But chemicals were used to clean the paint, and it all costs money that the board doesn’t really have.

A spokesperson for Peterborough City Council said it cost £ 300 to clean up the park; “The report was received by Aragon at 9:30 am yesterday morning and by lunchtime the offensive and most of the other graffiti had been removed.

“Other items were cleaned this morning, but we will have to repaint the new swings. “