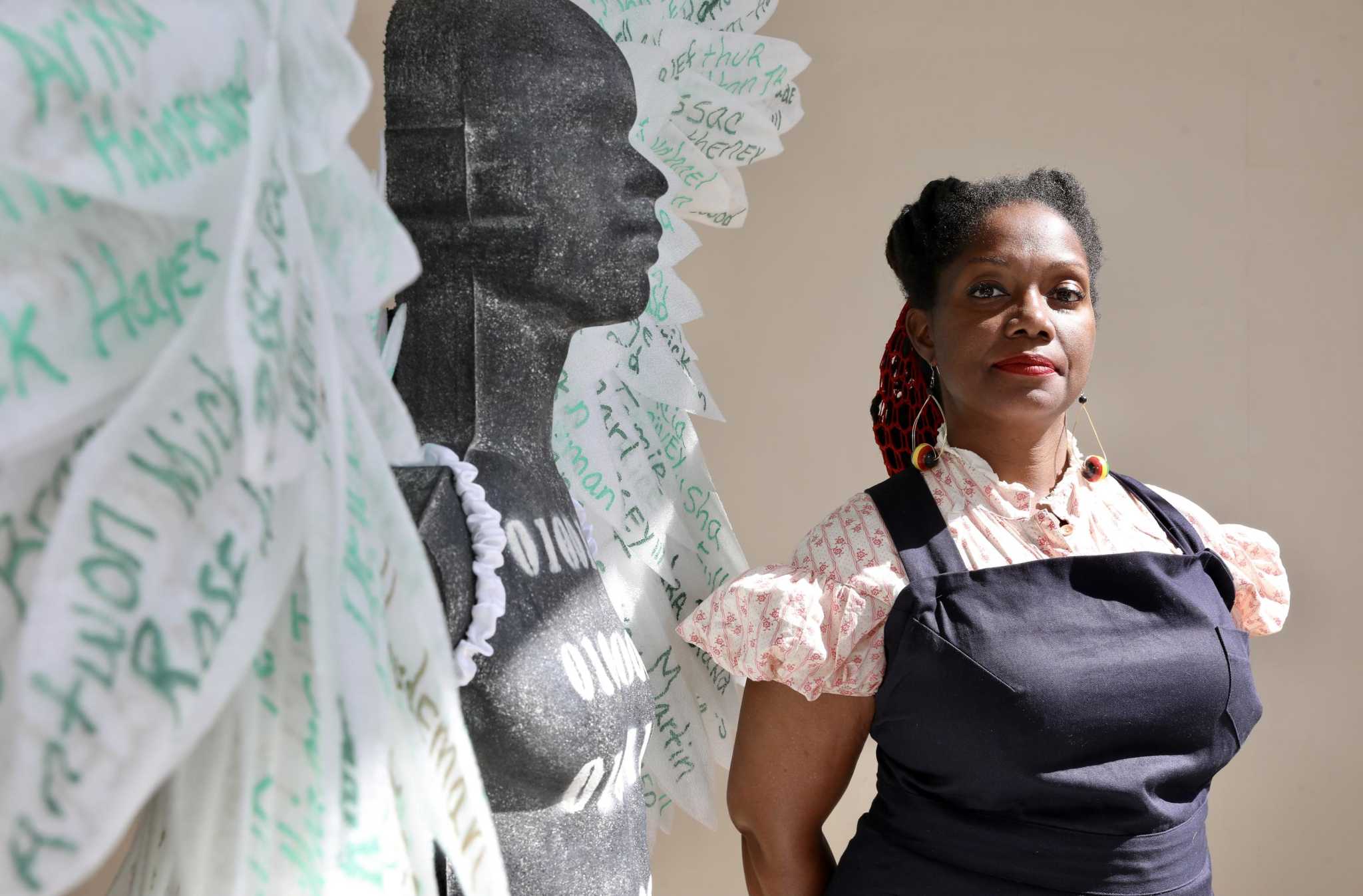 An American agency is advertising a target model that looks like a black man. An Oakland artist wants it to stop

After watching footage of insurgents carrying Confederate flags in the US Capitol last year and erecting a gallows on the ground outside, Tracy Brown began thinking about buying a gun for her protection.

The Black Oakland artist and activist was taking a few gun safety classes and was researching guns online when she came across a disturbing realization: video after video of people shooting at a mannequin target who, for her, had the facial features of a man of African origin: wide nose, large lips. Not only that, but the 20-pound rubber figure, from a California company called Kistabra Inc., was being sold for $90.99 through a federal government website to other federal, state, and local agencies, including US military and police services.

“My first thought was, ‘What the hell is this? “, recalls Brown. “It is specifically designed to look like a black man. It is not an accident or a mistake.

About a year after her discovery, Brown is using her art to draw attention to what she says is a tool of institutional dehumanization, a tool that contributes to the government’s disproportionate killings of black men. On Wednesday, she created an art installation in which she transformed one of the mannequins into a commentary on police killings. She is currently circulating an online petition calling on the federal government to stop helping to sell them.

In January 2019, the U.S. General Services Administration signed a five-year contract worth at least $2,500 with Kistabra Inc. The GSA purchases equipment, goods, and services for federal agencies, state and local. It does this by offering long-term contracts – called GSA Schedules – to commercial companies such as Kistabra Inc. Through the GSA, these companies can sell their products to any government agency without signing a contract with each.

Kistabra Inc. was founded in Arizona in 2013. The company’s website says its “realistic 3D targets” have been sold to “hundreds of law enforcement agencies” and “every branch of the industry.” U.S. military and all types of customers in many other countries.”

We don’t know how true that is. Dun & Bradstreet, a business analytics firm, estimates Kistabra’s annual income at a relatively modest $230,000.

During a virtual panel Brown coordinated on Thursday, Mikail Ali, a former San Francisco police officer and current president of the Bay Area chapter of the National African American Gun Association, said the SFPD did not use the dummies. while he was with the department.

“When I first saw it, it made my stomach hurt,” Ali said. “I immediately recognized it for what it is: it is a tool that I believe desensitizes those who use it in the area of ​​use of force, as far as white people are concerned. Period. End of the story.”

I contacted Kistabra Inc. president Mike Lessnick to ask about the intent behind the design of the mannequin, but never received a response. And the only online interview I could find of him on the subject is in a 2018 YouTube video titled “Is the rubber dummy racist?” Well, listen to what Mike, the CEO, has to say!

“I’m sorry it looks like that, but it was actually just a solid model I found on the internet while looking for a human form,” he says in the video. “I got a lot of criticism on social media and things like that, but I never respond to it just because I think we have more important things in the world to worry about besides discussing this point. .”

Lessnick has clearly moved on, as he is still selling the same product four years later. The mannequin’s outer “skin” is spray painted white. The layer below is black. According to the company, this color combination helps shooters see where their bullets are hitting. Kistabra Inc. says the dummy can absorb “thousands of rounds” and even sells “kill shot” packets, which are filled with red powder and can mimic the spray of blood when hit by bullets.

Brown’s art installation, which was officially created in Oakport, a coworking and events space in downtown Oakland, features one of these rubber torsos. She cleaned off her white paint and attached angel wings to her back. The wing feathers bear the names of dozens of people killed by police violence.

During the hour I spent with Brown at his debut last week, no one else entered the art gallery. Her online petition, which she plans to submit to GSA officials on June 16, has a small target of 200 signatures. On Friday morning, there were 158.

But his campaign was noticed. On Friday, GSA spokeswoman Andra Higgs sent me this statement: “We have just been made aware of the petition and are committed to thoroughly reviewing this matter. The GSA is committed to advancing racial equity and we look forward to following up when we have more information.

Brown said she hopes her work will help address the long-maligned image of the black male body.

“As black people, all we can do is tackle one issue like this at once,” Brown said. “And hopefully create change.”