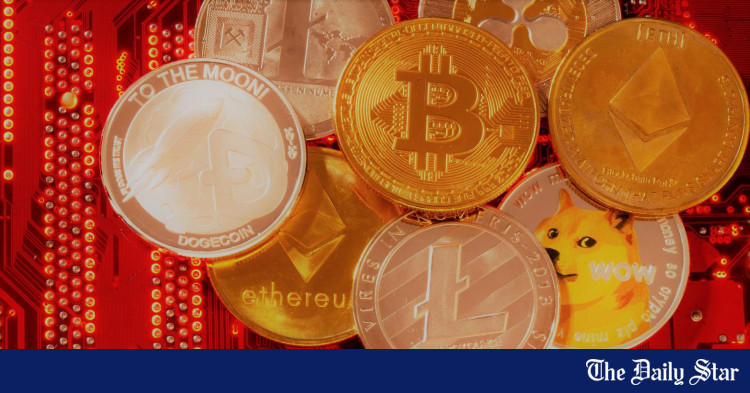 Amid Ukraine Crisis, US Democrats Introduce Bill to Restrict Use of Russian Crypto

Representations of the cryptocurrencies Bitcoin, Ethereum, DogeCoin, Ripple, Litecoin are placed on the PC motherboard in this illustration taken June 29, 2021. REUTERS/Dado Ruvic/Illustration

Representations of the cryptocurrencies Bitcoin, Ethereum, DogeCoin, Ripple, Litecoin are placed on the PC motherboard in this illustration taken June 29, 2021. REUTERS/Dado Ruvic/Illustration

The Digital Asset Sanctions Compliance Act is led by Senator Elizabeth Warren and co-sponsored by 10 other Democrats, including Senators Mark Warner and Jon Tester.

For all the latest news, follow the Daily Star’s Google News channel.

While the bill is unlikely to become law anytime soon, it could increase pressure on cryptocurrency exchanges, which have been on the defensive amid concerns from some lawmakers like Warren that digital assets are used to circumvent a series of Western sanctions imposed on Russia after its invasion of Ukraine.

Russian President Vladimir Putin “and his cronies can move, store and hide their wealth using cryptocurrencies, potentially allowing them to evade historic economic sanctions that the United States and its partners around the world have imposed in response to Russia’s war on Ukraine,” Warren said in a statement.

Biden administration officials have said they don’t believe Russia could use cryptocurrencies to completely evade sanctions, citing lack of liquidity in crypto markets to facilitate high-volume transactions. Nonetheless, the Treasury Department stressed that digital asset firms are required to comply with the sanctions.

Warren’s bill would also allow the Treasury Secretary to block digital asset platforms operating in the United States from transacting with Russian crypto users, a step that major crypto exchanges like Coinbase (COIN.O) and Kraken said they would not cross without a legal requirement.

The bill would also require the Treasury to publicly identify foreign crypto trading platforms deemed to pose a high risk of sanctions evasion and money laundering, and require US taxpayers to report any offshore crypto transactions exceeding $10,000.