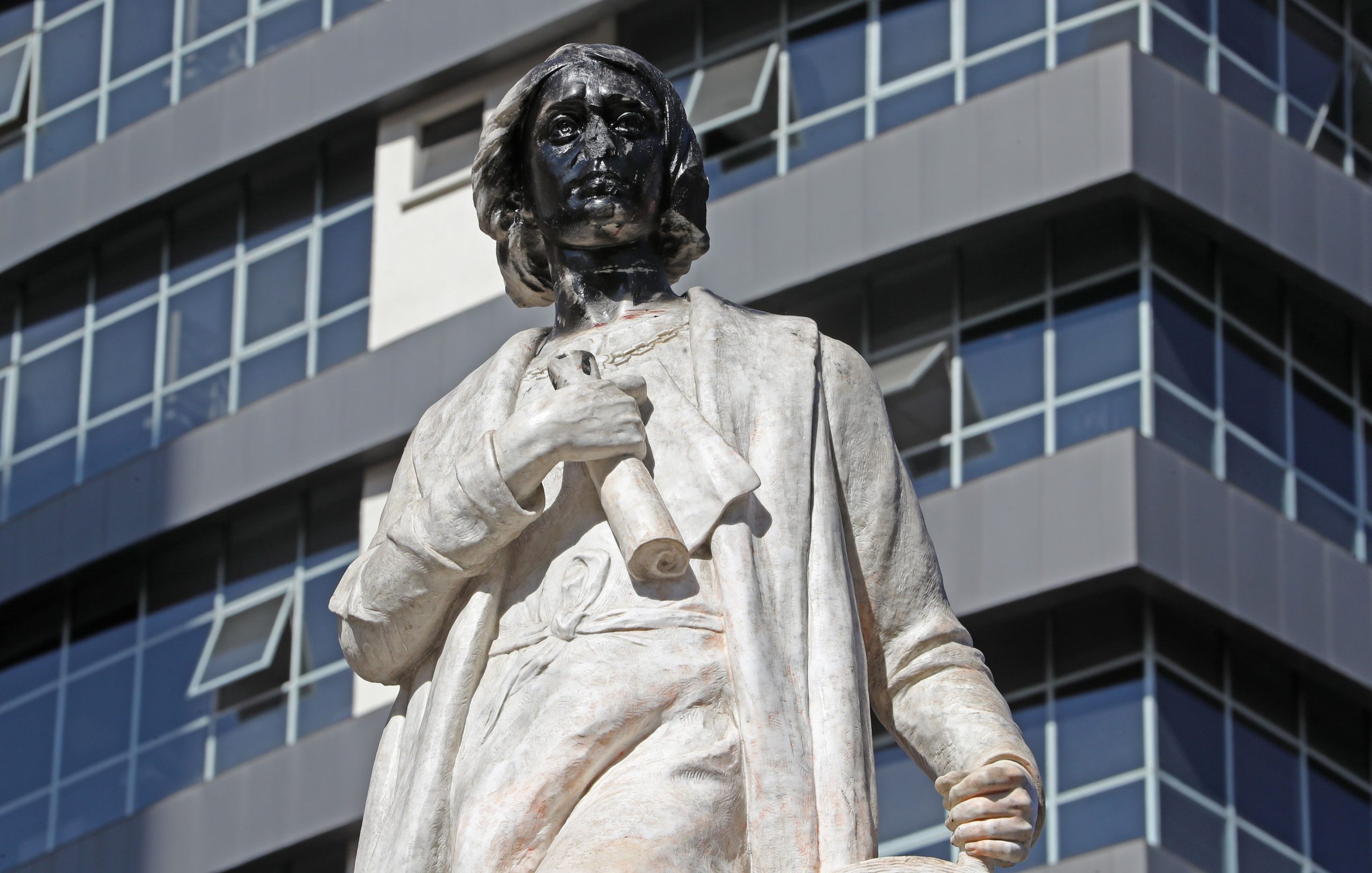 A group of protesters painted, mutilated and attempted to demolish the statue of Christopher Columbus on Monday in central La Paz, the administrative capital of Bolivia. They were unable to demolish it due to the intervention of the police, who arrested five young men dressed in traditional indigenous clothes. Columbus’ face was covered in black paint and he lost his nose. The attack took place as some musicians, who accompanied the protest, played native wind instruments.

The event occurred on the Day of Agrarian Revolution, as the old “India Day” is now called, which has been celebrated every August 2 since 1937. On that same date, in 1953, the Law of land reform was enacted which liberated the Indians. of servitude in the haciendas.

To reach the statue, protesters walked through a zinc sheet barrier that the mayor’s office had erected around it, in anticipation that such a thing could happen. The monument has been repeatedly targeted by anti-colonial groups opposing La Paz in honor of the Genoese explorer, whom they consider genocide. The latest incident happened on March 9, when feminist activists painted messages on the pedestal denouncing the high rate of femicides recorded in the country.

The Official Movement for Socialism (MAS) sympathizes with groups that have insisted on removing monuments deemed offensive to the memory of indigenous peoples and other victims of racism, as part of Black Lives Matter and popular protests in Colombia, where statues of Spaniards the conquerors were demolished. In 2018, Evo Morales, who was then president of the country, celebrated the removal of a statue of Columbus from the center of the American city of Los Angeles, according to the Efe agency.

However, the MAS has little power in the administration of major Bolivian cities, so its ideological sympathy has not been able to translate into the removal and transfer of the statues, as happened in Bogotá. Instead, the governments of this party have taken steps to revalue the cultural and religious expressions of indigenous cultures. At the same time, the social sectors which oppose it have made the defense of colonial and republican symbols a mark of identity.

After the feminist action in March, a group of anti-abortion women erased the graffiti that had been done on the base of the statue, which they considered “insulting”. The artistic intervention of another feminist group, who dressed the statue of Isabel la Católica in the clothes of an Indian woman from the Bolivian highlands, generated the protest of an organization called Hispanic Youth. Activists who climbed the figure of Columbus on Monday were booed by some passers-by.

The opposition also criticizes the content of the frieze that adorns the hemicycle of the Chamber of Deputies in the new building of the Legislative Assembly, built by the ruling party. This is a portrait of the Andean god Wiracocha, represented by Tiwanaku, the most important of the pre-Columbian cultures that flourished in the Bolivian highlands.

“We will be relentless in the face of these acts of vandalism,” said Colonel Hernán Romero, regional police chief. He explained that his obligation is to defend the national heritage. The municipal authorities anticipate that they will consult the citizens on the relocation or not of the monument to another site where it is easier to protect it.

The statue of Columbus is considered one of the most emblematic of La Paz. It was a gift from the Italian colony in Bolivia and was erected in 1926 on the Prado, which was then the most elegant promenade in the city. It is the work of sculptor Giuseppe Graciosa and bears the inscription “Navigare necesse, vivere non est necesse” (To navigate is necessary, to live is not necessary), by Plutarch, which alludes to the courage of the formerly called ” discoverer “of America.

What’s next for the radical right-wing street protests in the UK?