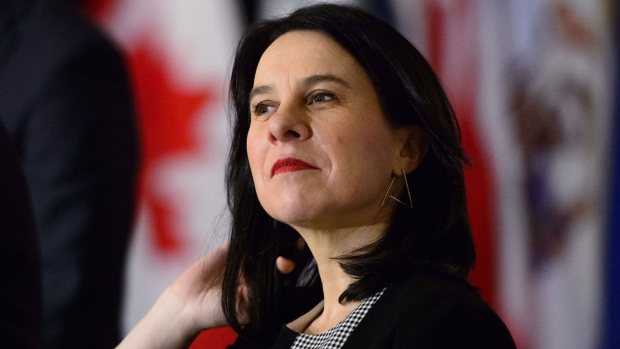 A few days after the end of the federal elections, the municipal elections in Montreal heat up

MONTREAL – While one election campaign is over, another is intensifying in Quebec.

Quebec voters will return to the polls in November for the municipal elections, and in Montreal, the favorites were on the campaign trail with a number of promises.

On Wednesday, outgoing mayor Valérie Plante focused on housing, which was a central priority in her first term and something she said is all the more important as house prices have skyrocketed.

She said she didn’t want Montreal to become unaffordable like Vancouver and Toronto.

Plante is promising $ 800 million over the next decade to make it happen.

To keep homes affordable, she said, the city would charge a sale price at 90 percent of the average market value. With 60,000 units added to the housing supply, his party would try to control resale value to prevent sellers from flipping houses and destabilizing the market.

“People will not be able to buy affordable housing and return it because we will remain the owner of the land,” said Plante.

“So we are going to enter into agreements with the private sector or organizations that build because the City of Montreal does not build, but we buy land.

Her main opponent, Denis Coderre, has argued that this is an extravagant promise she will not be able to keep.

Coderre pledged to clean up the city, saying at a press conference that his team would free up funds for the boroughs to add more closed garbage cans and recycling bins for parks, or increase collection garbage in summer.

He also promises, if elected, to make sure all offensive graffiti is cleaned up in less than a day.

As part of his commitment to voters, he said he wanted to tackle the vermin, saying he would have a plan to exterminate rats near construction sites requiring open sewers.

During the press conference, the favorite was also invited to respond to Plante’s criticisms of his project for buildings taller than Mount Royal. He said it wasn’t about blocking mountain views, but about tackling urban sprawl and being climate-focused.

“In a place like Montreal, especially downtown where there isn’t a lot of land, the only way to really have a response to climate change is density,” said Coderre.

“We will have a soft and intelligent density… we have to do it wisely. “

A new Léger poll suggests the race is tightening, putting Plante and Coderre in a statistical stalemate – Coderre with 37% of voters declared and planted at 36%.

This marks a radical change from just a few months ago, when Coderre was leading by 12 points.