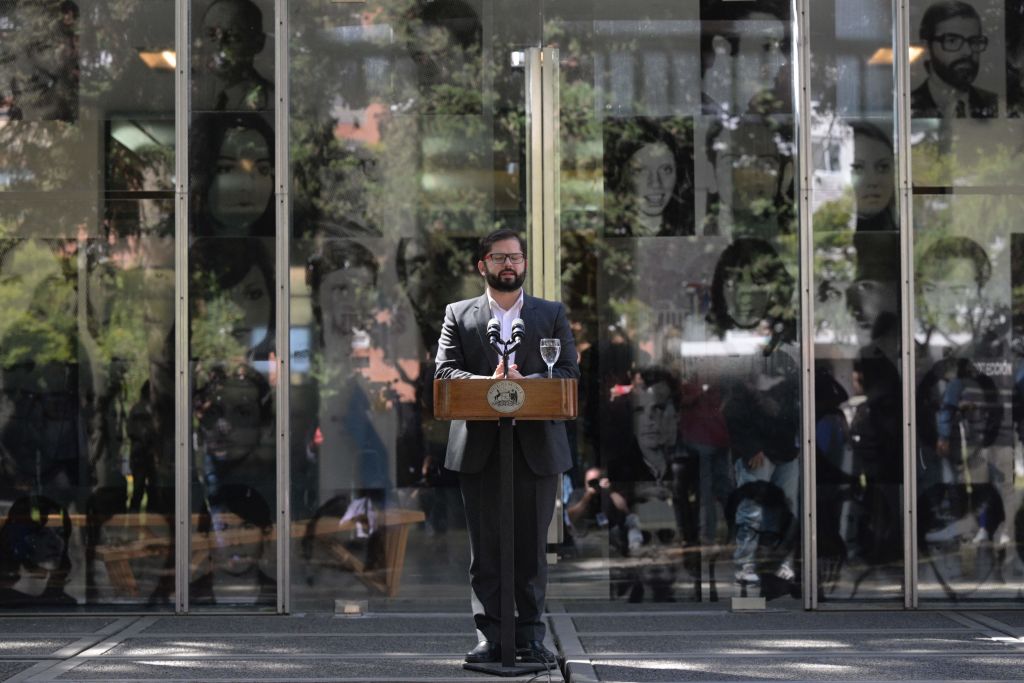 A difficult start for Gabriel Boric

SANTIAGO — The causes were complex, but one thing is clear about the mood here since massive street protests erupted in October 2019: Chileans want change. The installation of a constitutional convention and the election of President Gabriel Boric represented the two most important responses to these demands. And yet, both got off to a rocky start. While it’s true that there’s never a second chance to make a first impression, it could end up being a lasting and serious problem for both of you.

Boric took office just over a month ago on a wave of optimism and goodwill. At thirty-six, energetic and empathetic, he seemed to embody the change sought by Chileans. His election platform was a catalog of issues that have long been ignored in Chile, with a particular focus on inclusion. Her political appointments, cabinet, ambassadors and other positions, included a historic number of women and diverse perspectives.

But Boric also faces some serious headwinds, as evidenced by a recent survey by Pulso Ciudadano showing that his approval has already fallen to just 28% (another poll, by Cadem, puts the number at 40%). It is becoming clear that the public discontent and distrust that gave rise to the 2019 protests never really went away. Rather, they were channeled into a process of political change, contained in part in constitutional convention. At the same time, public opinion expects a lot of results, and quickly. Perhaps faster than any government could come together.

Some of the criticism came from unexpected quarters. Indeed, the presidential coalition of the new progressive parties and the Communist Party is uneasy. His former primary challenger, Daniel Jadue, has been a consistent critic of the left, complaining more recently that the president “never considered defeating capitalism and neoliberalism.” This, after traveling to Caracas to rain down praise on Maduro and the Venezuelan regime, of which Boric has been a vocal critic.

Boric also faces a divided Congress, where passing legislation will prove a challenge. The economy continues to struggle with the twin effects of political uncertainty and the pandemic. The IMF this week adjusted its growth forecast for Chile to 1.5% for 2022 and 0.5% for next year. The Chilean Central Bank is even more pessimistic. Inflation, already on the rise thanks to pension withdrawals approved by the previous administration (including the fourth that the government managed to bring down last week) and other government transfers, has been further boosted by the war in Ukraine. and is on track to reach 7.5% this year (the price of sunflower oil, at around US$4.50 per litre, has become synonymous with an increase in the cost of living here). Interest rates rose from 2.75% to 7.5% in just a few months. The effects on Chileans’ wallets and government approval are already evident. Boric’s approval rating is far below that of most Chilean presidents at this point in their first terms.

All of these problems (except perhaps Ukraine) were foreseeable. The same goes for what turned out to be Boric’s biggest challenge: the learning curve. Boric is an extremely talented politician and a great communicator. Despite his young age, he has been in politics for the better part of a decade, and if you include student politics, longer than that. But none of this prepares anyone for government.

All governments, everywhere face a learning curve, especially those that come into office promising generational change and renewal. Think of the first administration of Bill Clinton. And so it was with Boric, who leads a coalition with no executive experience. With one or two exceptions, its ministers are novices, and it shows. The most obvious case is that of Izkia Siches, his 36-year-old interior minister, who rose to prominence as president of Chile’s College of Physicians during the pandemic but has no political experience. Since taking office, she has made several mistakes. During her first week, she traveled to the southern district of Araucanía, hoping to engage with radical indigenous groups who carried out often violent raids on civilians. His caravan was met with gunfire and the minister had to retreat. More recently, speaking before a congressional committee, she repeated as fact a discredited rumor that essentially accused the previous administration of a crime it did not commit. The minister quickly apologized, but the damage was done.

The image that many Chileans currently perceive is that of a government of well-meaning but inexperienced young people whose ideology clashes with political reality. Bill Clinton succeeded in partially correcting the initial errors by moving towards the political center. It’s unclear, given the coalition government and general public mood, whether Boric has much room to do the same (although it’s interesting to observe the Socialist Party’s role as an intermediary between the New Young Turks and the Social Democratic Old Guard).

The constitutional convention may face a similar challenge. Over the past few weeks, the plenary has started voting on the final text, accepting or rejecting the articles approved by the various committees. With some 240 articles already approved, the final text – which will be voted on in a referendum on September 4 – is taking shape. Maybe that’s why the public is starting to make up their minds, and it’s not looking good. For three weeks, according to the Cadem poll, Chileans have been more likely to reject the new constitution than to approve it (45% against 38%). How is it possible ?

Once again, it seems that political reality trumps ideology. The public may perceive the convention as disconnected from society as a whole. Much of the discussion so far, and the papers approved to date, deal with a new type of decentralization (of which few understand or care little about the design), the abolition of the Senate (to be replaced by a Council of Regions whose precise attributions remain undefined), and throughout, a focus on gender parity and indigenous rights. Yet when asked in a Cadem poll what they thought were the most important issues to include in a constitution, only 2% thought it should be a plurinational state and 3% declared decentralization. Guarantee social rights – health, education, etc. – is the number one answer at 62%.

Those rights were partially approved this week (many details were sent back to committee), and it will be interesting to see if future polls show a more positive assessment of the draft constitution. The question, both for the constitution and for the Boric government itself, is what damage these first impressions caused.

How will all of this unfold? Both the convention and the government still have time to show that they know how to respond to public demands, beyond their particular sectarian preferences. If Gabriel Boric has proven anything over the past year, it’s that he’s pragmatic and will know how to adapt to changing circumstances. The president said the fate of his government was tied to the fate of the constitutional convention.

There are at least three scenarios for which the government must be prepared.

The first is broad endorsement, which would be a success for Boric, but could end up being a headache, as he will have to set up a most unusual institutional structure. He could even be impeached in a snap election (process permitting). Second, there could be a very tight approval, say, with a one or two percent margin. This would seriously undermine the legitimacy of the new document. Third, if the polls are to be believed, a rejection of the project in September. Calls for a plan B have already emerged, though so far they come from both the defeatist right and progressives who want to see a successful constitutional process. The only way forward would be to immediately announce some sort of new, but different, process to arrive at a more palatable draft, prolonging institutional and economic uncertainty for many months to come.

Funk is a professor of political science at the University of Chile and a partner at Andes Risk Group, a political consulting firm.

The opinions expressed in this article do not necessarily reflect those of Americas Quarterly or its editors.