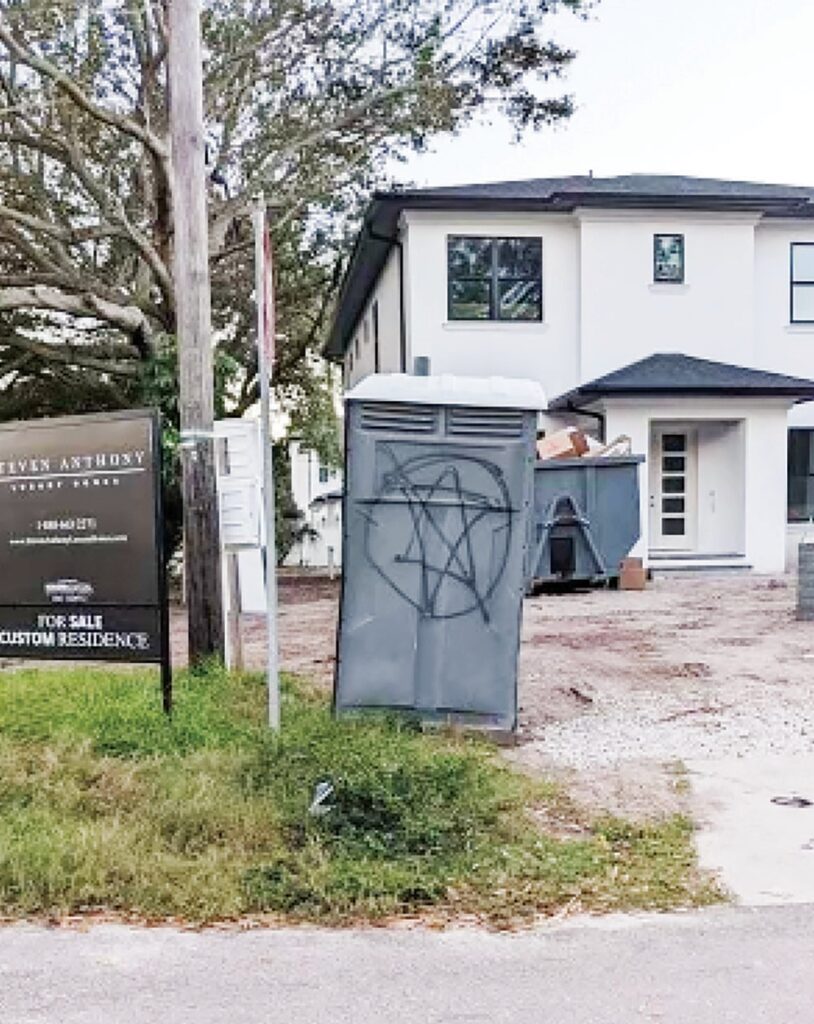 Two incidents of perceived anti-Semitism reported in the first week of the year in South Tampa prompted the JCC and the Tampa Federation to remind the local Jewish community that if people see anything offensive, they must report it.

The JCC and Federation Board and Staff released a statement saying they are “deeply disappointed” and that “As an organization and community, we find acts of hate like this disturbing and unacceptable.” .

Mark Segel, director of strategic initiatives for CCG and Federation, said both incidents happened days before the recall was sent out on Friday, January 7.

An incident occurred at a residential construction site at the corner of McKay and Grady avenues in South Tampa. In a photo provided by Segel, there is a Star of David surrounded by a circle and a slash in the image painted on the back of a portable toilet. Segel said neither the owner of the residence nor the construction company are Jewish. The offending image has since been repainted.

Tampa Police Public Information Officer Janel Lanee said police are investigating the matter and noted that a Jewish resident who lives in the neighborhood reported the graffiti.

The second incident happened at Coleman Middle School in South Tampa. According to Segel and Lanee, a group of students distributed flyers with the goal of forming a club for Jewish students, and one of the flyers posted on a wall was defaced. The matter was handled internally at the school with input from school staff and a school resource officer, Lanee said.

“We are fortunate and grateful to have the full support of the City of Tampa, Hillsborough County, the Tampa Police Department and the Hillsborough County Sheriff’s Office to help keep us safe and ensure that responsible are held accountable. Countering all acts of hatred and anti-Semitism continues to be one of our top priorities,” reads the statement from the JCC and Tampa Federation in the Shalom Tampa e-newsletter.

‘A very Adelaide thing to do’: Who’s behind the city’s wave of wide-eyed eyes? | Art